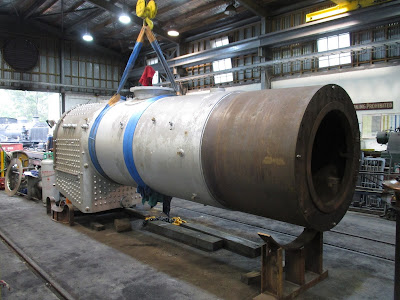 Another milestone for the restoration of Puffing Billy’s NG/G16 Garratt was reached early in November when the new boiler was lowered into the boiler cradle for the first time. 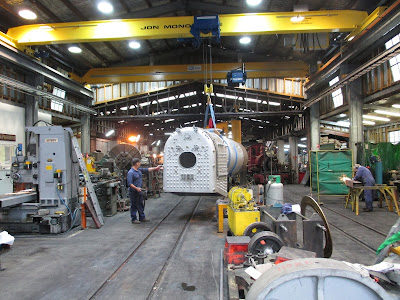 Following completion of the foundation ring drilling and manufacture of the cladding crinolines, the boiler is carefully slung, lifted from its support stand and positioned above the boiler cradle. 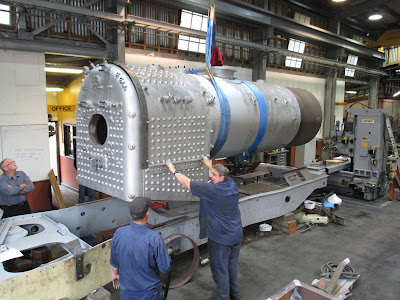 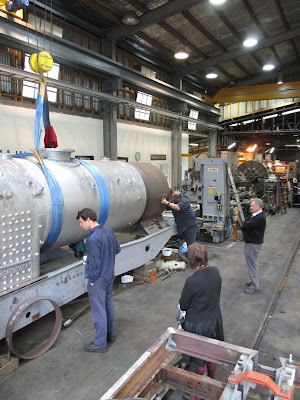 Watched intently by (above) Jean Clowes (Vice President of the Puffing billy Preservation Society) and John Robinson (CEO), and John Hoy, the Operations & Engineering Manager (below), the boiler is slowly lowered into place for the first time.

Great care was taken to ensure all the studs, washout plugs, and stay heads did not foul on any part of the boiler cradle frame. 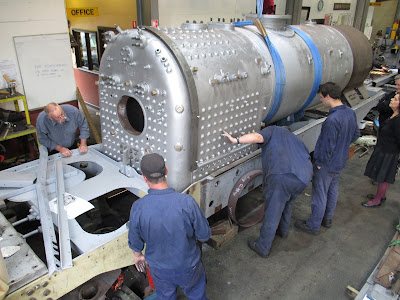 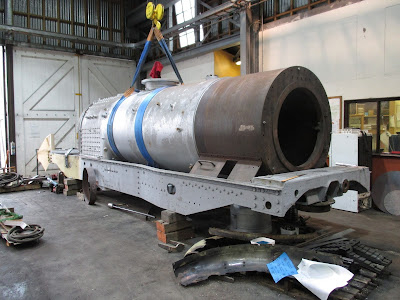 After a painless operation, the new boiler is soon sitting in position, and the scale of the NG/G16 class Garratts starts to become apparent.

Now the boiler is in position, it will be leveled in the frames, and the new smokebox supports can be adjusted to suit before they are finally riveted to the smokebox and the boiler is finally bolted down. 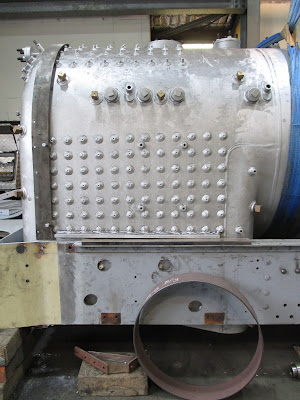