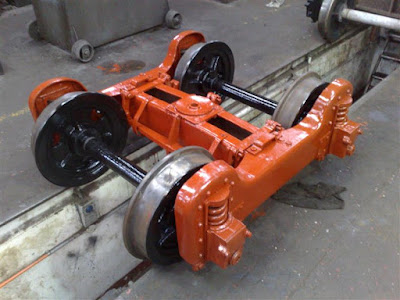 First patented by Englishman Samson Fox in 1893, the Fox style bogie carried virtually all the rolling stock on the Victorian Railways 4 narrow gauge lines from construction to demolition. This continues at Puffing Billy today, with only one carriage using a design not covered by the Fox patent. With a design which dates back over 120 years, and a lifetime of hard use, it is only natural that many of ours are starting to show their age. 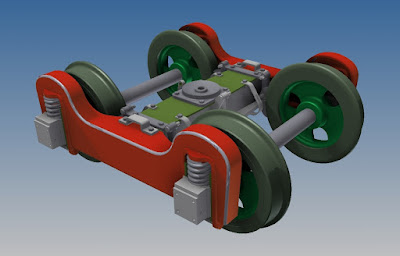 Time and resources being regularly swallowed up in effecting suitable repairs, coupled with the Emerald Tourist Railway Board’s desire to investigate options for more carriage stock, led to an ‘updated’ Fox bogie concept being put together. Using modern materials and up to date design and manufacturing methods, we were able to investigate various options for new bogies which have the same appearance as the originals. Using some Finite Element Analysis (FEA) – which allows us to simulate forces and loads on a design and identify any weak points where failure could occur – we were able to study the new concepts in relation to the existing bogie and see how they compared. 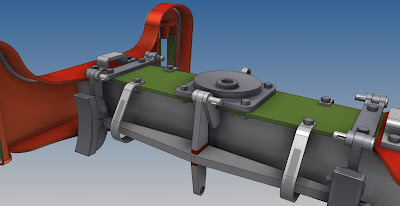 At the same time, it was deemed wise to try and design out some of the issues we currently experience in everyday operation. For example, it is virtually impossible to fit brand new brake blocks when the bogie has unworn tyres due to the dimensions of the quick release brake heads used. By making the bogie center stretcher narrower, we have created far more clearance. 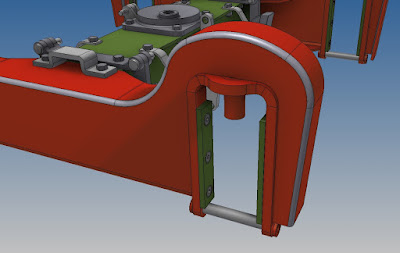 The image above shows the revised horn concept, with removable liner plates. These can be changed to give greater clearance for roller bearings or less for plain bearings. 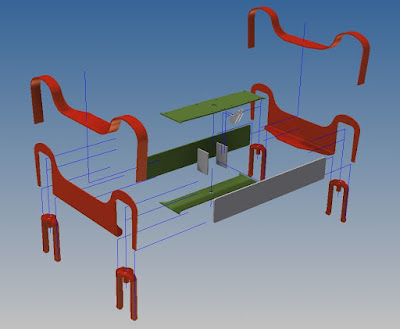 Once we had a final concept, the drawings were completed, and the components ordered. Using computer controlled laser cutting and plate folding, all the parts were produced and fit together accurately with minimal work. 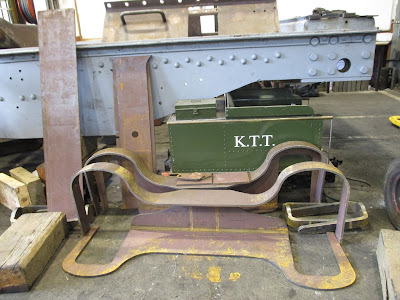 The next stage is to weld the bogie frame together, and undertake some load testing to evaluate the design, before testing its performance under a goods wagon. 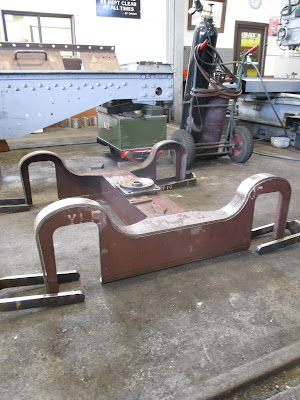 We hope to be able to press the side plates in the final version, as in the original design; tooling for this is expensive so we need to be sure the design is right….the beauty of Computer Aided Design! 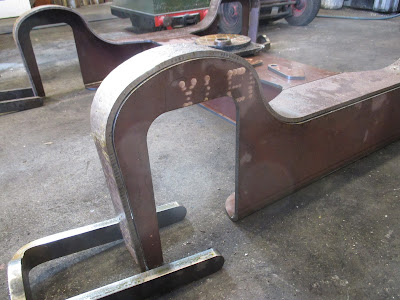