One of the biggest issues facing a tourist railway such as Puffing Bilły, is keeping in reliable operating condition a fleet of steam locomotives designed over 125 years ago; the youngest of which has been in traffic now for over 100.

During the preservation era, Belgrave workshops have manufactured or procured nearly every part for an Na class locomotive, the cylinders being the one major part which until recently we hadn’t manufactured and indeed had no spares for. 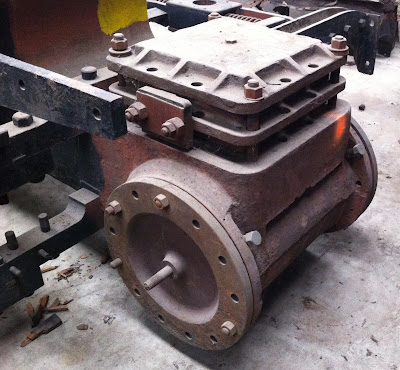 It was recognised that this could be a huge issue for maintaining train services, and therefore a risk to the business, should we suffer any sort of failure. The cylinder castings themselves wear throughout their life, making it progressively harder to reliably keep them steam tight, and some are now reaching the end of their useful working life.
Designs were therefore duly prepared by the engineering department, including some subtle improvements which should allow the new ones to have a vastly increased useable lifespan (i.e. way beyond the current 100 years!). 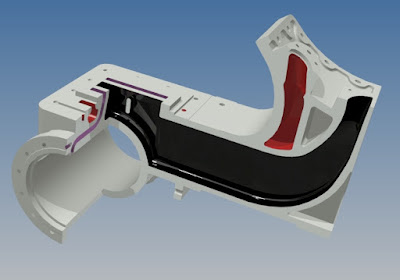 Of course, these things are never simple, it having been a long time since steam locomotive cylinders needed to be manufactured in Australia. A shrinking engineering industry has lead to a decline in expertise relevant to pattern making and metal casting, leaving limited choices for companies to order from if we wanted to keep the work within Australia.
In the end Fletcher & Sons of South Australia were chosen to do the work, and a retired casting expert offered his services free of charge to Puffing Billy as a consultant to help us achieve the desired result. 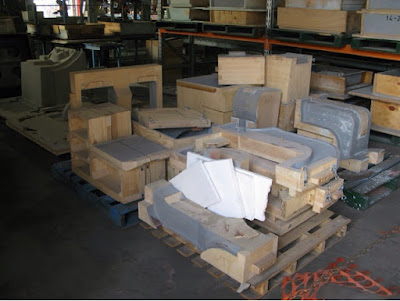 The patterns were manufactured, a huge number in total being required, including all the core boxes. Core boxes are individual patterns used to cast separate parts of the mold to create internal voids for example, which are placed into the main mold prior to metal being poured. 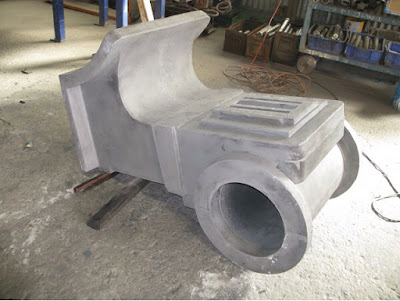 After some teething trouble during initial pours, the casting process was perfected and 5 pairs of cylinders were produced and shipped to Puffing Billy. Previous posts have detailed the machining of the first pair as it progressed, and these have now been delivered to Belgrave to await fitting. 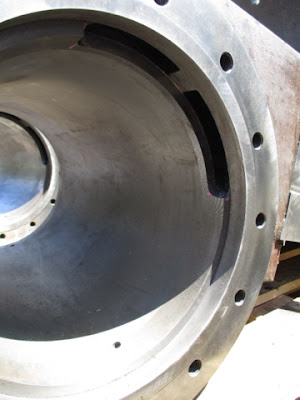 The design has been improved in 3 areas, all of which are wear faces which in the original design wear away until there is not enough material left to allow satisfactory operation. The first is the cylinder bores, now designed to be fitted with replaceable liners; once worn to condemning these are removed and replaced. 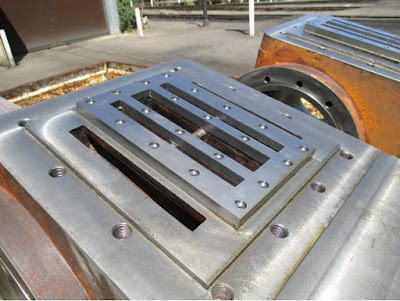 There is also now a renewable port face; the surface on which the slide valve travels. Again, this can be replaced when worn, but will also allow for truing up the shape of the steam ports, and therefore more accurate valve events. 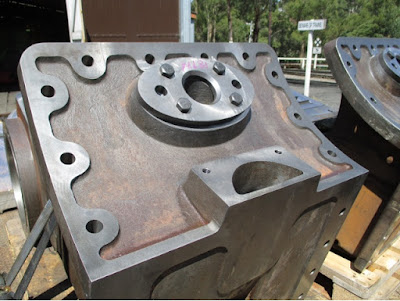 Lastly, the bolting face for the main steam pipes; these are sealed with a Lens ring, the machining and lapping in of which has , over time, caused the face to become recessed into the cylinder block. This requires progressively thicker Lens rings and make achieving a steam tight seal harder every time work is carried out.