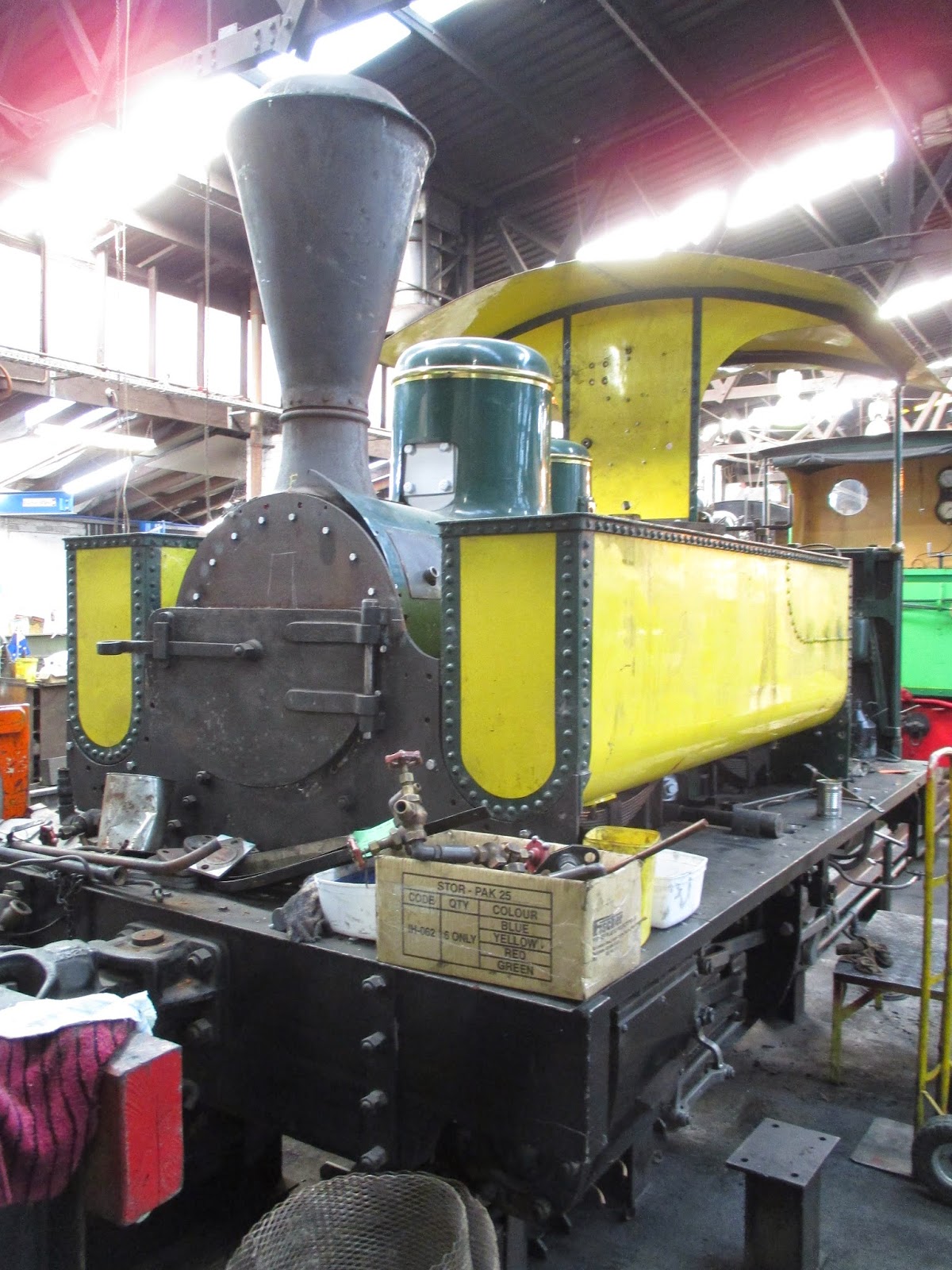 The avid reader of this blog may recall mention of another new boiler,  for Puffing Billy’s smallest 2′ 6″ gauge locomotive. Number 986, or ‘Carbon’, has now had the boiler fitted, and work is now progressing with re-assembly.
The photos show the current stage in getting Carbon back to running order, with the boiler clad, chimney fitted, and both the side tanks and cab attached. 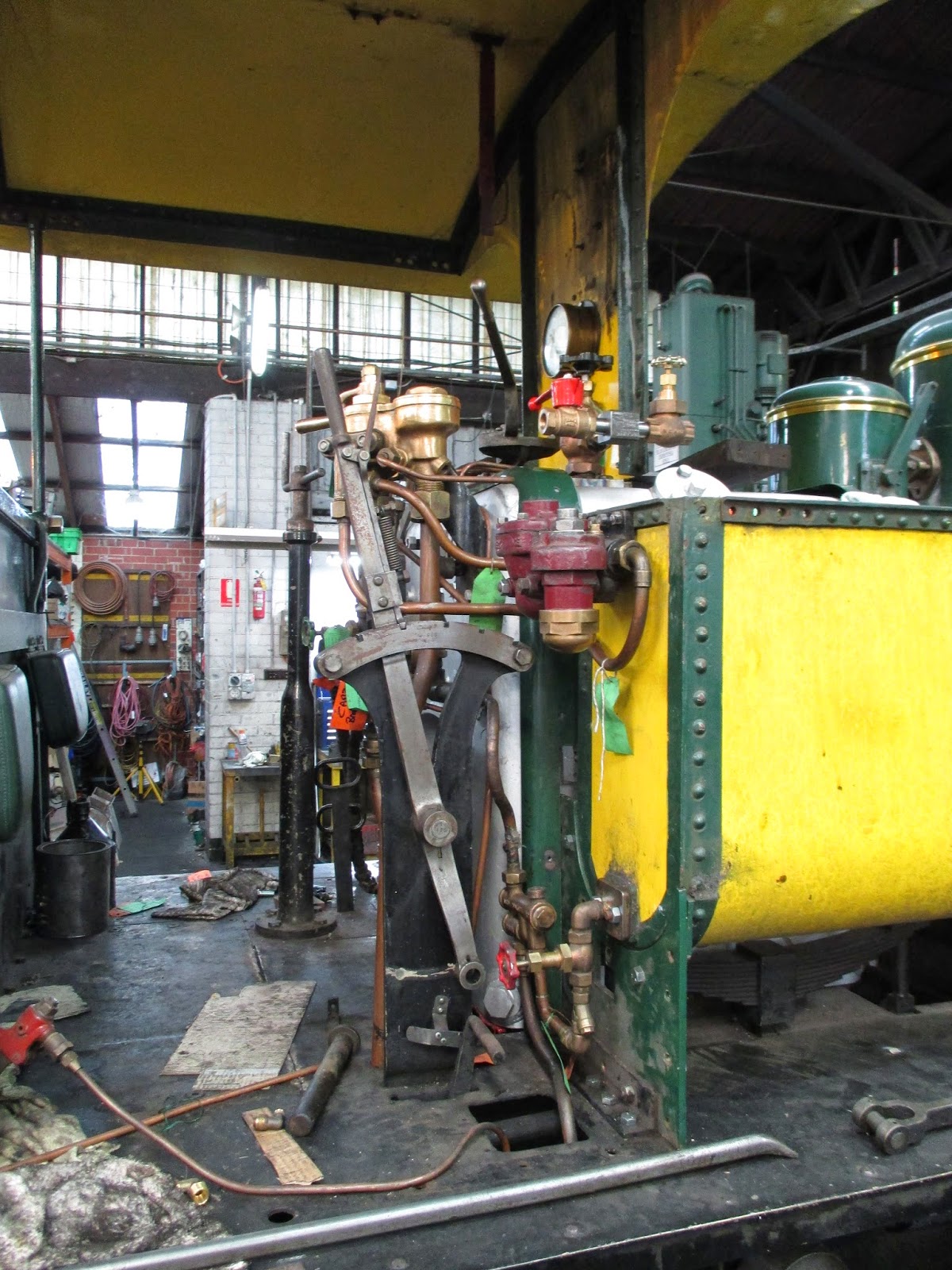 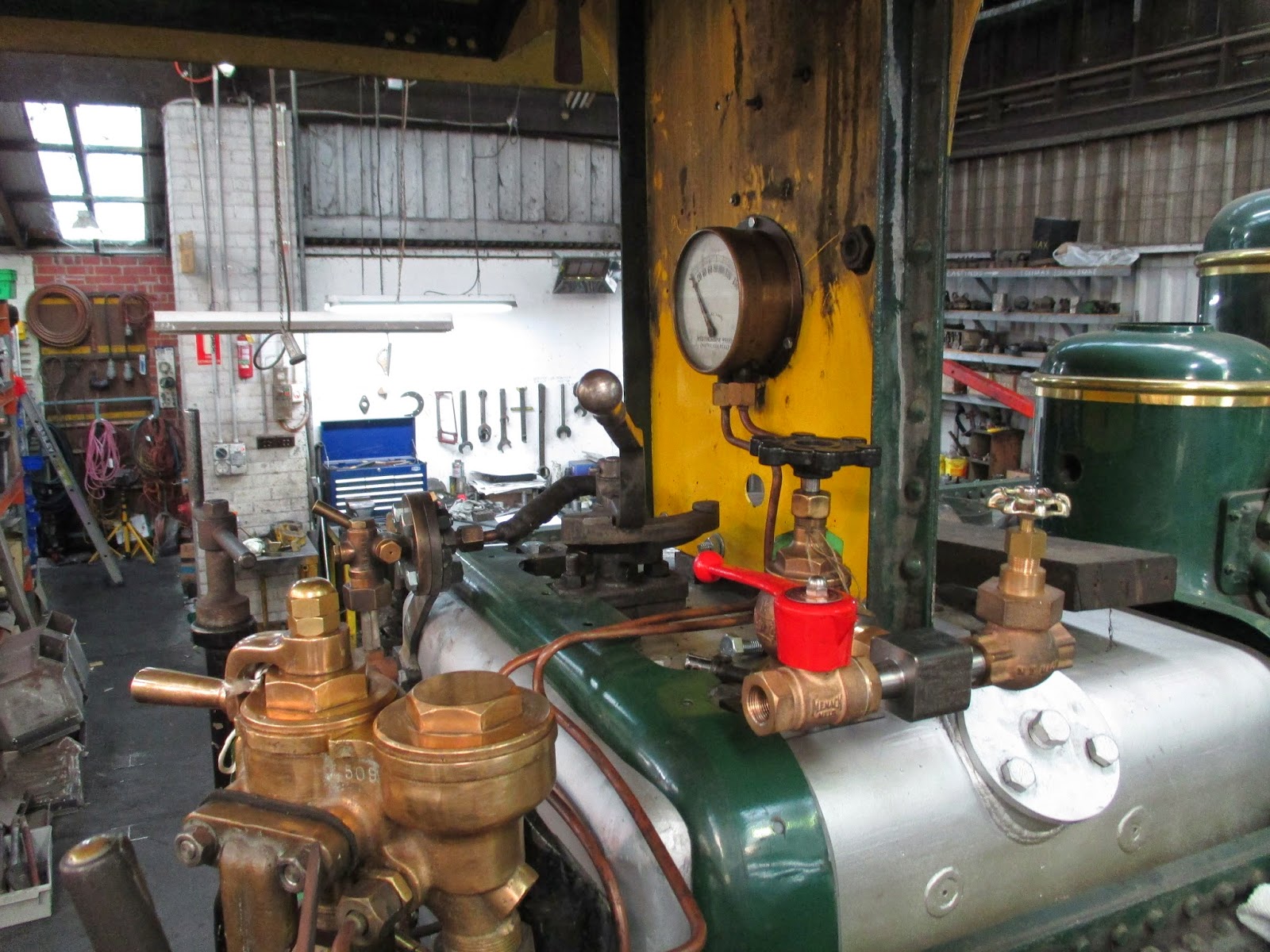 The drivers brake valves have been refitted, and work is currently focusing on the boiler fittings. The original layout was overly complicated so we are taking the opportunity to manufacture new manifolds and pipework, making for a much less cluttered cab. Above, the new steam valves are going on, and below, the water gauge is refitted. ‘Carbon’ only has one water gauge, with ‘try cocks’ on the other side. 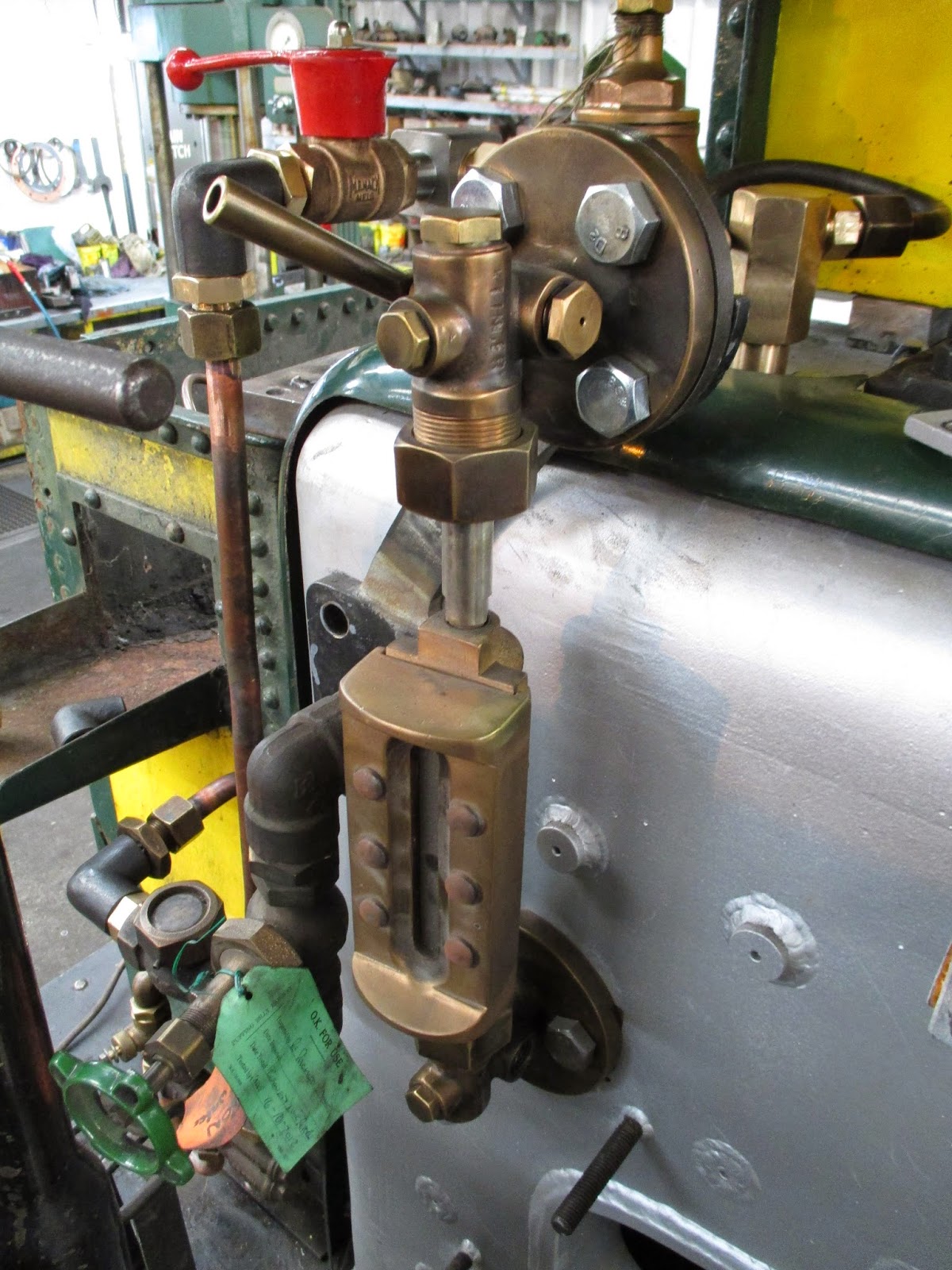 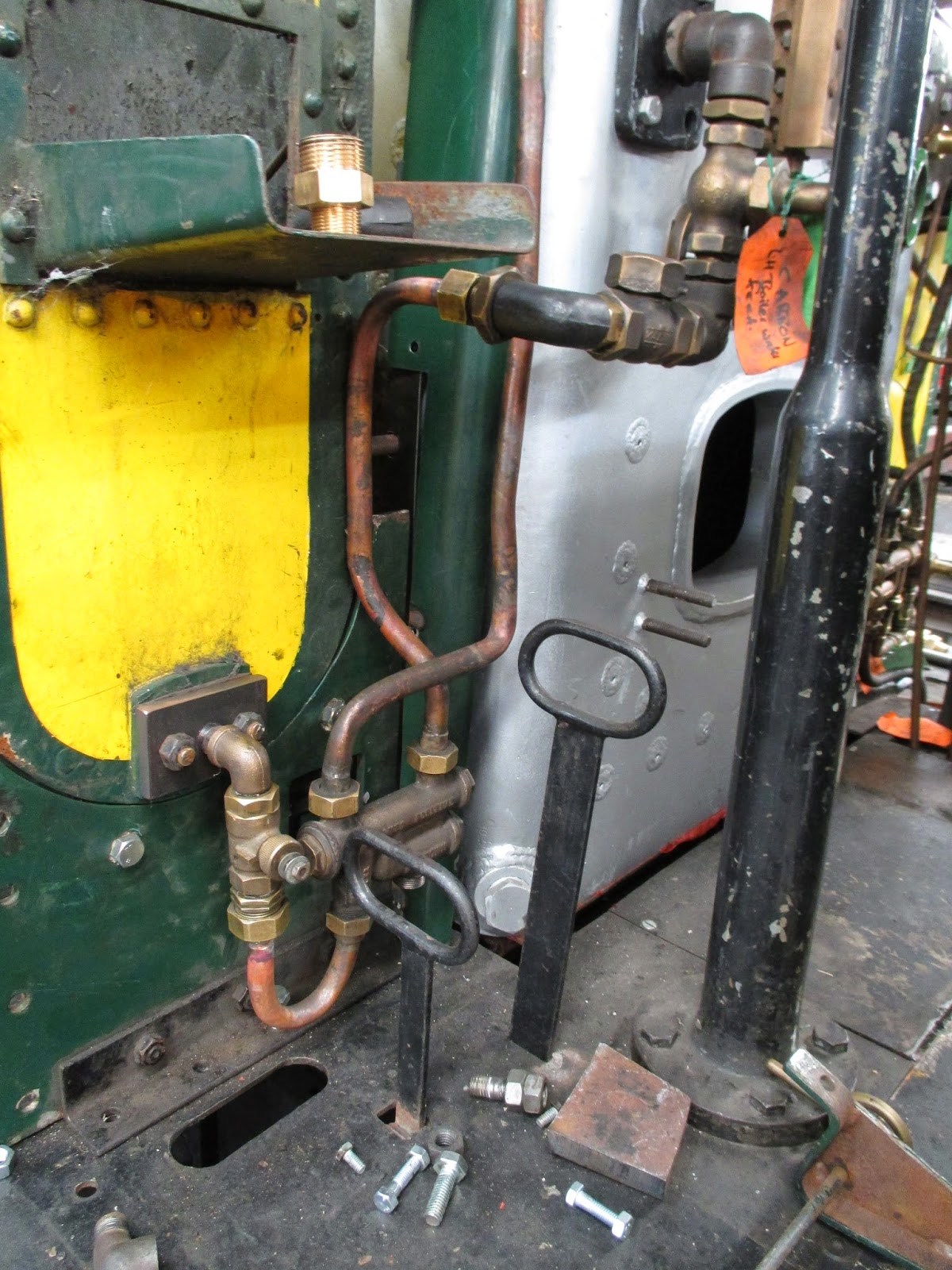 Whilst re-plumbing the cab, the opportunity has been taken to relocate the injectors, so they now sit above the cab floor, further tidying the pipework, and at the same time reducing the height the injectors have to lift water to the boiler check valves.
The photo below with the cab fitted shows where the petrol driven air compressor used to be mounted. This framework will be removed as we are manufacturing a new steam driven air compressor for the locomotive. 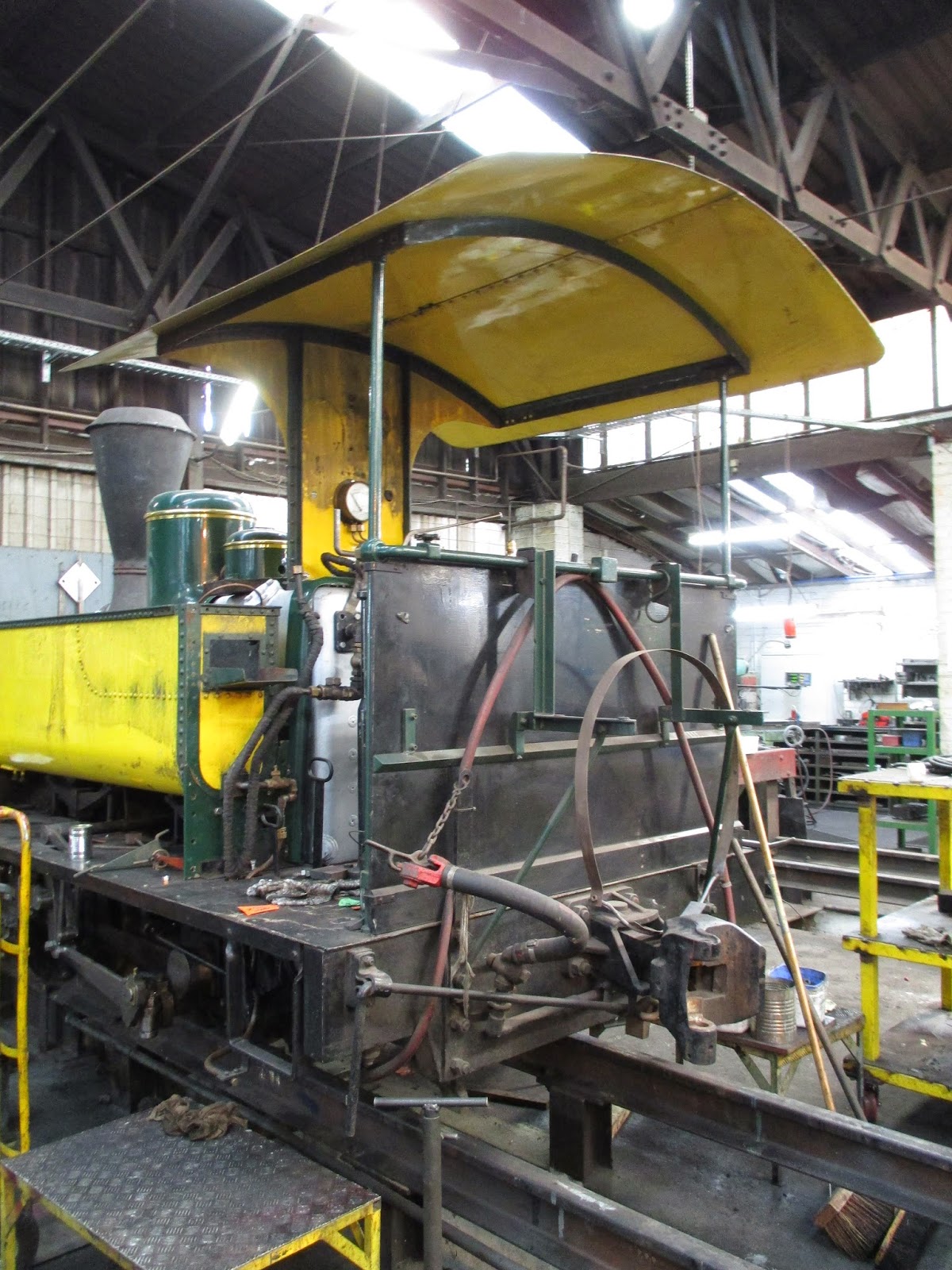 For those that haven’t seen ‘Carbon in traffic before, this is what it will look like once re-assembled. As yet there is no completion date, but with progress speeding up, it won’t be too far away! 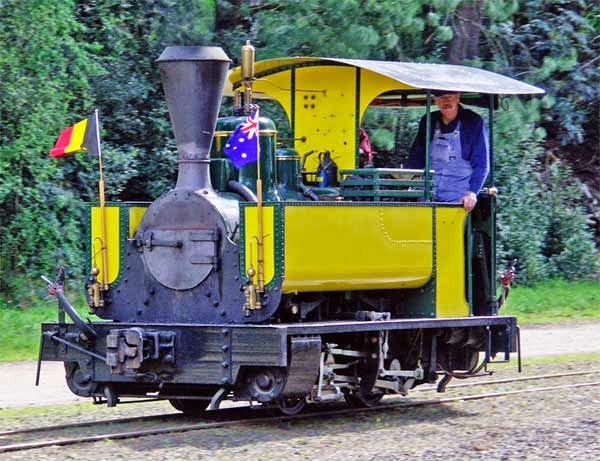