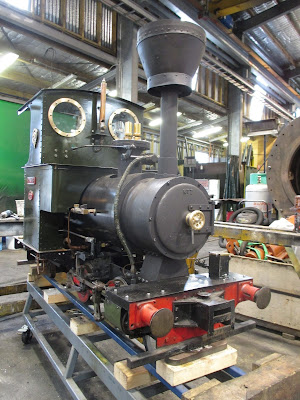 The workshops at Puffing Billy have carried out all kinds of jobs over the years, on a variety of scales, but ‘Tywyn’ probably rates as one of the smallest locomotives. With a theme based loosely on locomotives of the Talyllyn Railway in North Wales, ‘Tywyn’ belonged to the late Norm Wadeson,

Norm had been a life long supporter of Puffing Billy, getting involved in the early days when the railway was being reopened, as well as serving time both on the Puffing Billy Preservation Society executive committee, and the Emerald Tourist Railway Board. 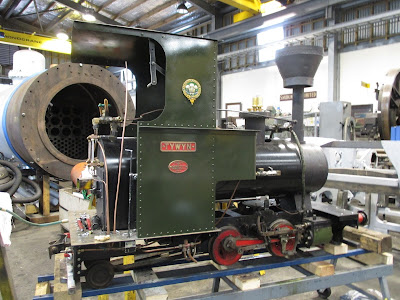 Following his 90th birthday early in 2015, it became clear that Norm would need some help to get the loco rebuilt; John Hoy, Manager Operations & Engineering, arranged for all the parts to be delivered to Belgrave. Between their other jobs, Tony Horkings and the workshop staff managed to get the boiler and firebox united, a complete new cab manufactured, in addition to re-plumbing the entire locomotive. 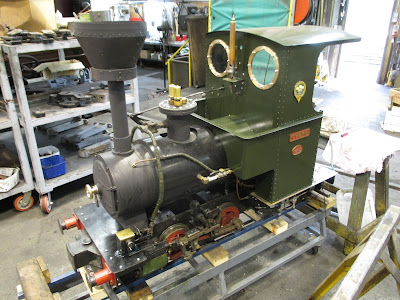 ‘Tywyn’ was completed and steam tested at the beginning of August, at which time we found out that Norm was not at all well, and sadly he passed away soon after the engine was finished, but not before he had a chance to inspect the engine in steam and approve our handy-work.

A tribute for a man to which Puffing Billy and its supporters owe so much.