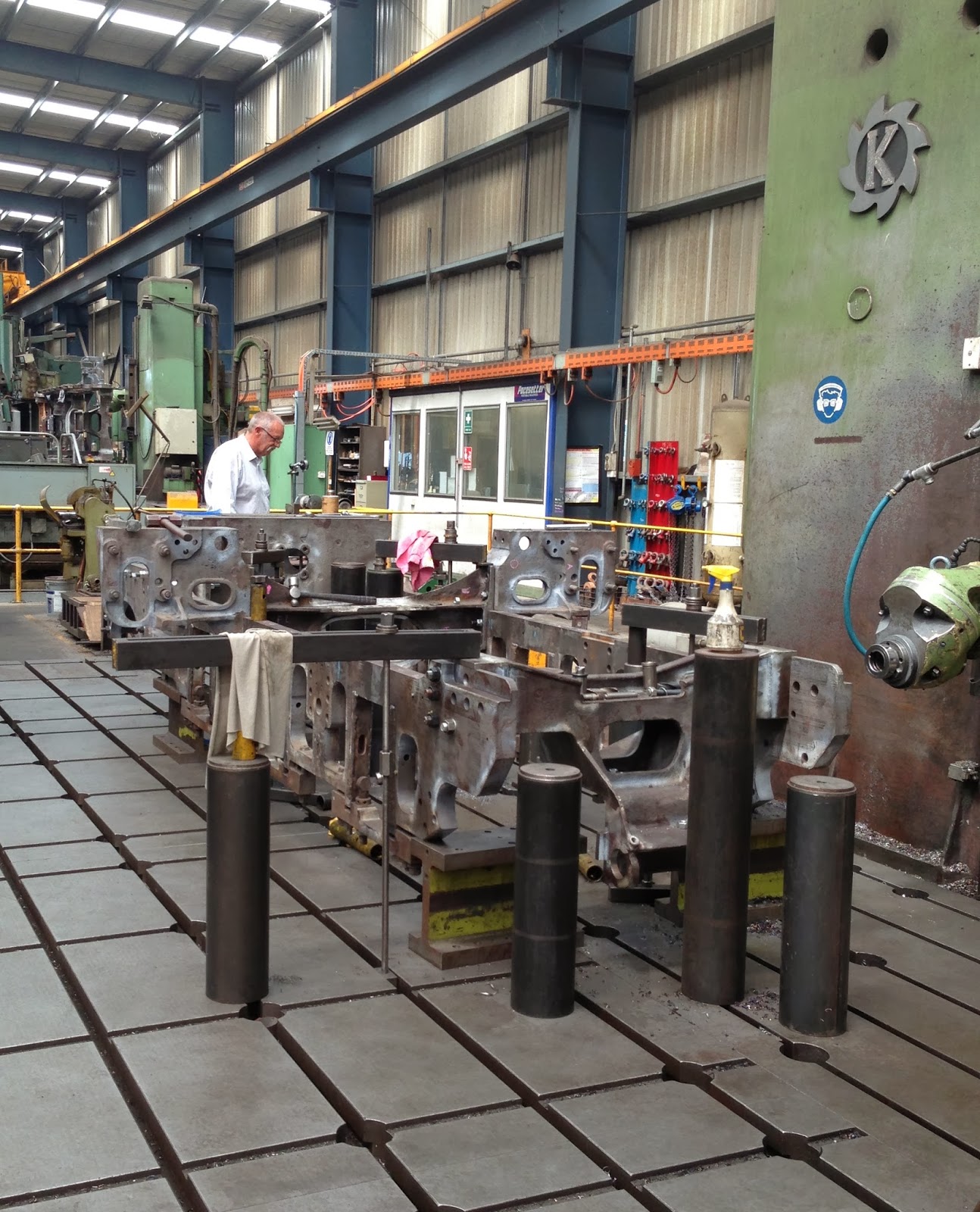 At engineering contractors Jack Thompson Engineering, the frames of the 2 engine units are being assembled with fitted bolts. Above, the front engine unit sits on the horizontal axis machine while the holes are cut to size. Below, the hind engine unit goes through the same process on a vertical axis machine whilst, in front, Puffing Billy Engineering & Operations manager John Hoy visibly fails to contain his excitement with the progress being made!

Once this work is complete, the rebored cylinders will undergo a final check, before being attached to the frames…. 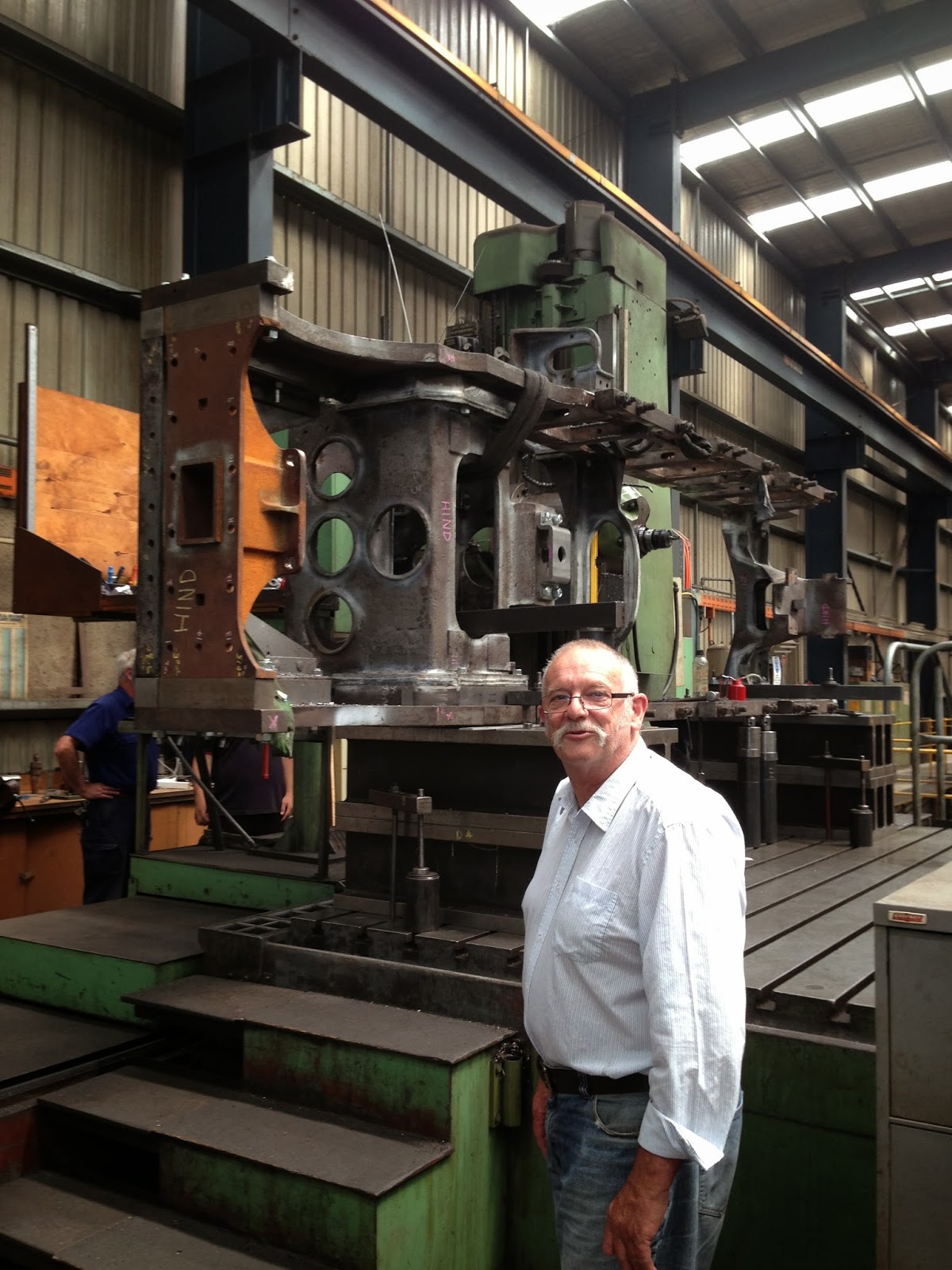 Meanwhile, back at Belgrave workshops, the last couple of NGG-16 workshop days (third Saturday of every month, if you fancy joining in!) have seen attention focussing on the old boiler and smokebox. Moved out of storage and into the workshop to make it easier to work on, the team have been working hard to remove all the parts we intend to re-use on the new boiler; fittings, mounting brackets, washout plugs, handrail stanchions, blast pipe and super heater header. 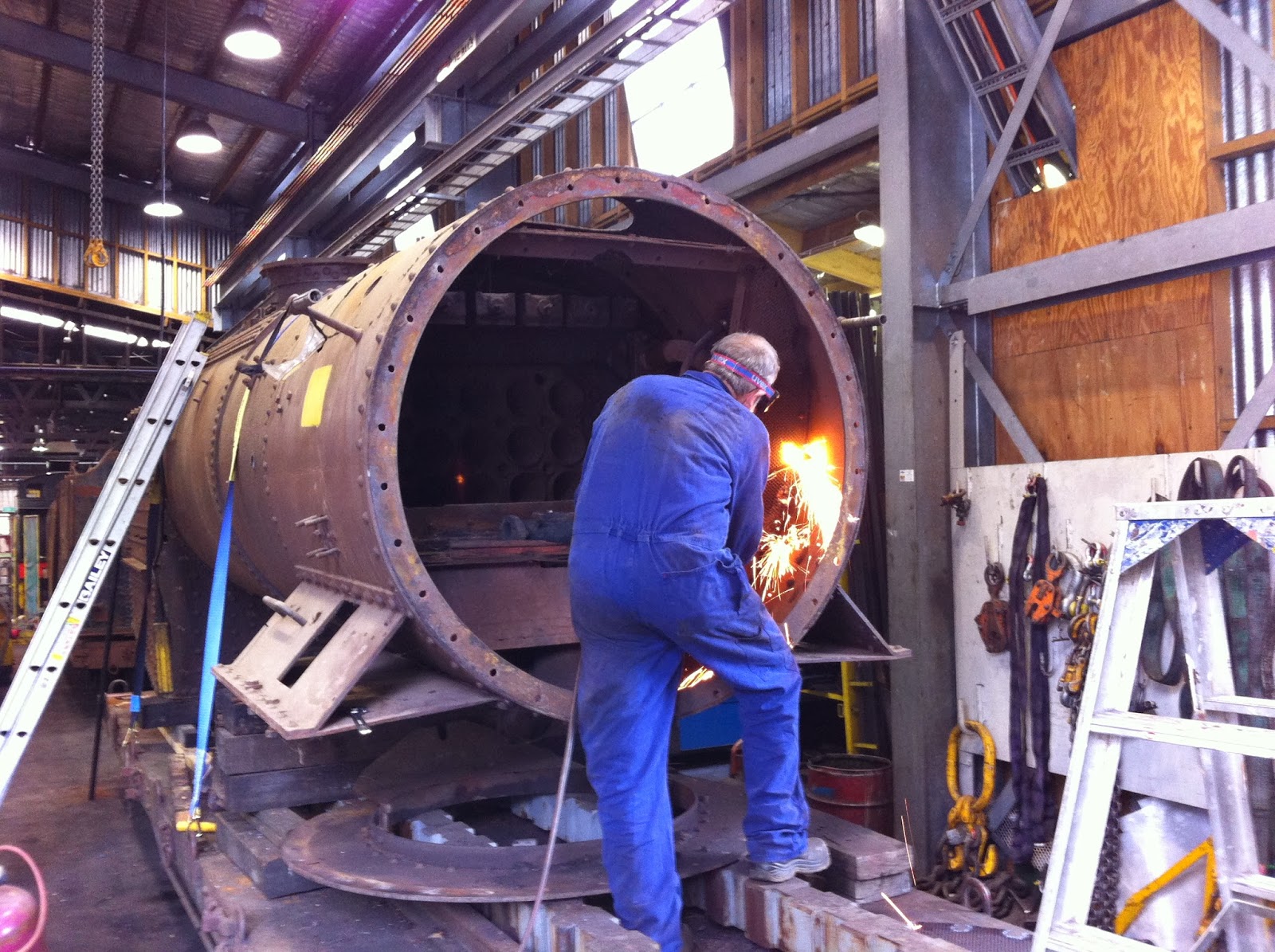 Above, Harry Hibgame cuts away the rusted remains of the spark arrestor grid and table plate, using the gas torch, before removing the remains of corroded nuts which held the Blast Nozzle, Kordina and Superheater Header in place. Below, the Blast Pipe assembly is ready to be “persuaded” from the smokebox barrel. Behind, to the top of the picture, the Superheater Header casting rests on 2 angle brackets fixed to the smokebox, which support it, whilst allowing it to expand laterally and longitudinally. 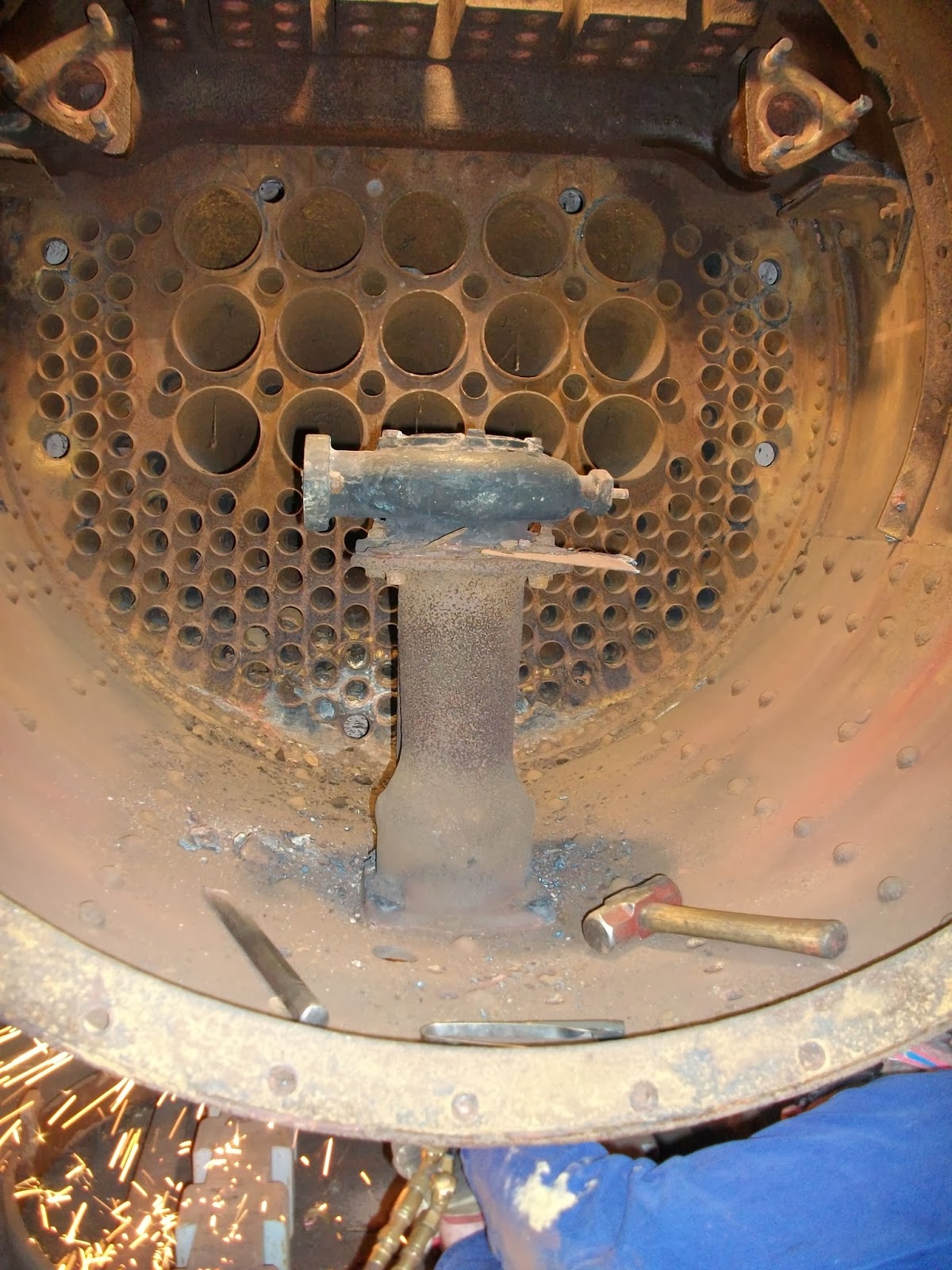 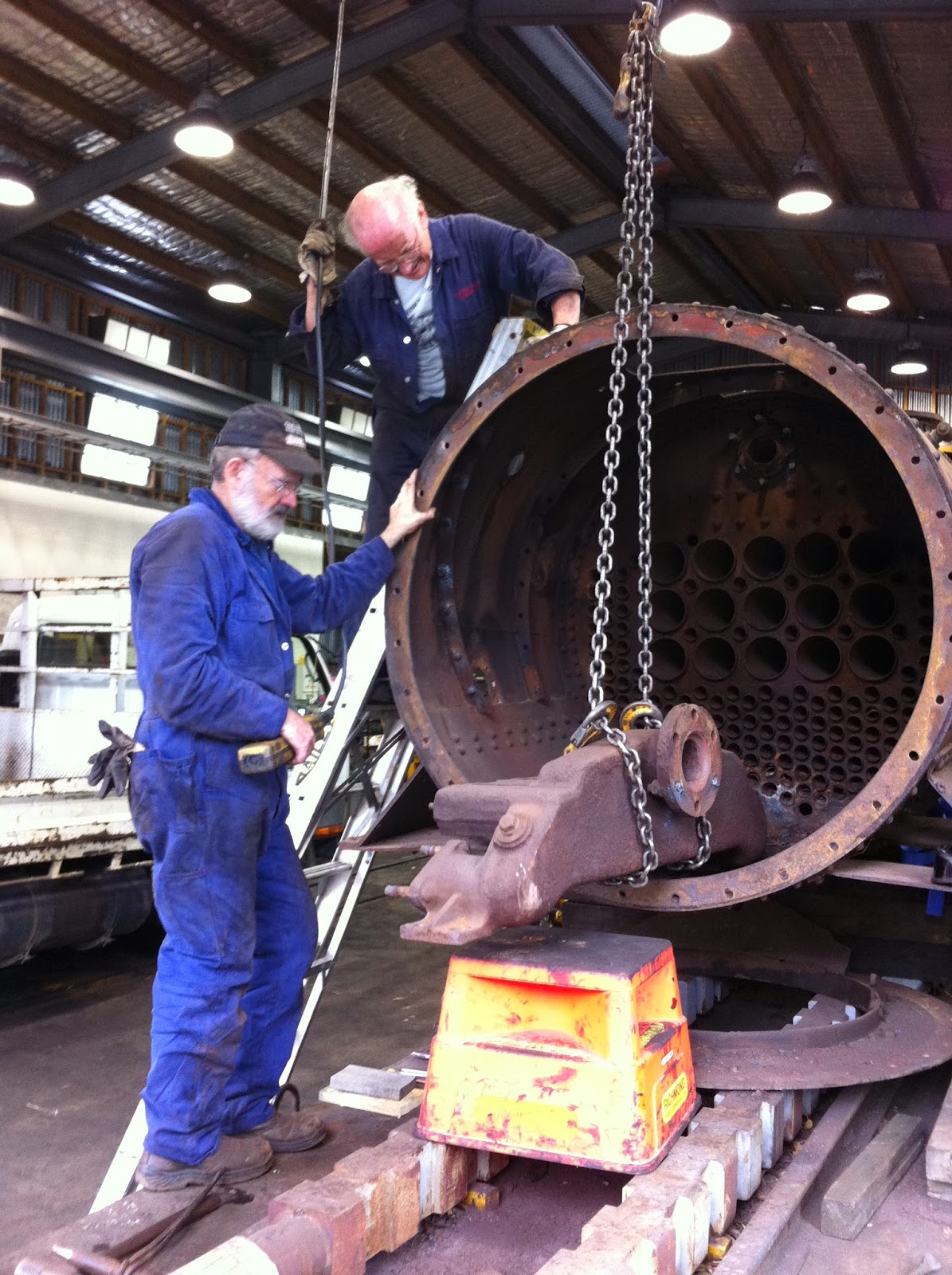 After lots of judicial juggling of crow bars and lifting chains, the Superheater Header finally came free and, as Bernie supervises, Harry finally swings it clear of the smokebox. The casting looks to be in good condition, and already had tapping points on either side for a superheated steam temperature thermocouple. 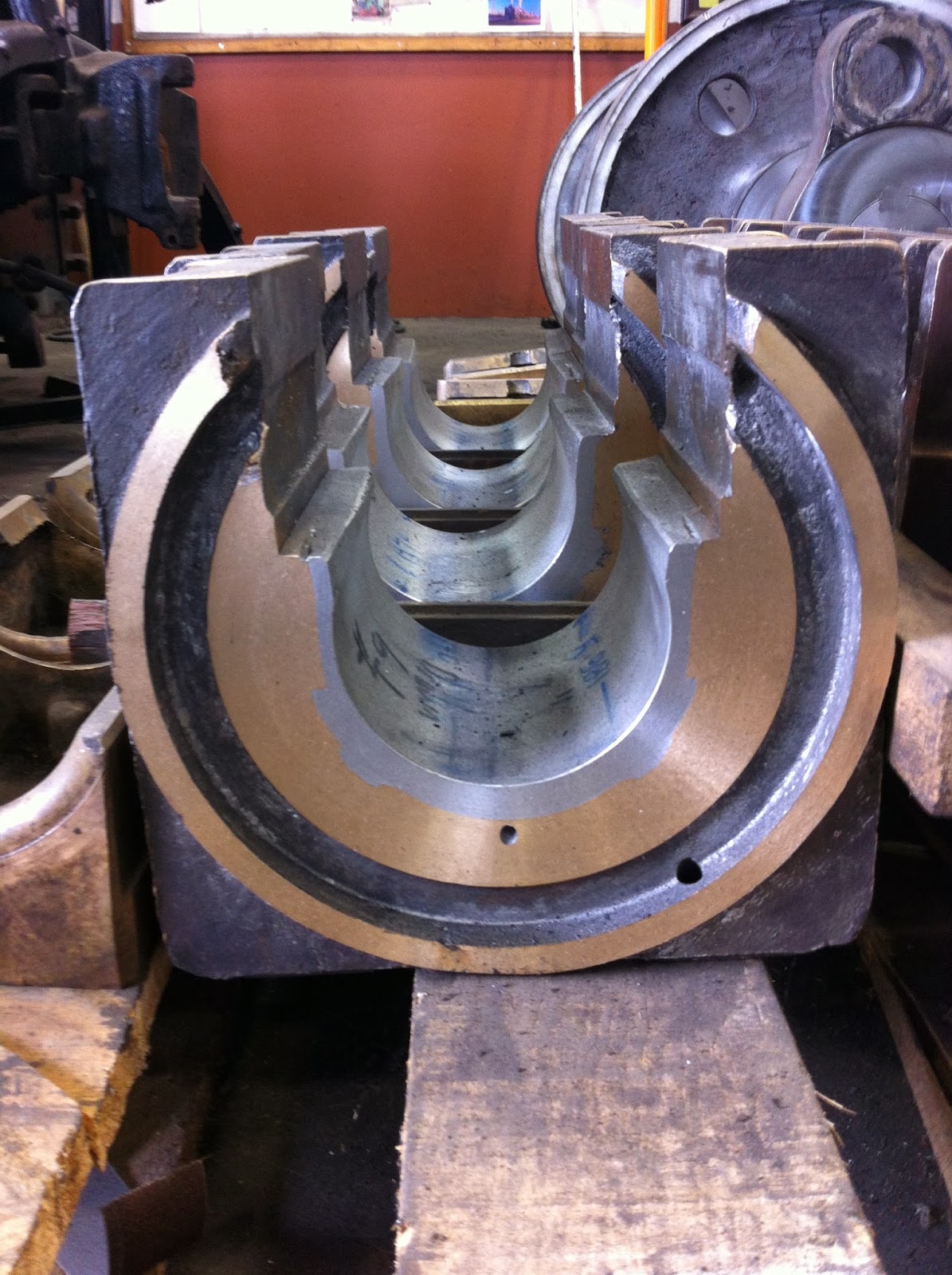 All the driving axle boxes have now been returned to Belgrave, machined and whitemetalled (above). The still require fitting of the Vesconite liners, and the bearing faces will have to be finished to fit the axles prior to final assembly.

Keys have now been manufactured to hold the cranks in place on the axles (below), and the first 3 wheelsets  have been sent away to have the crank pin holes bored. This requires the wheelset to be set up accurately on a machining table, so that when the holes are bored, the hole centres are machined at exactly 90° to one another about the centreline of the axle, and both crankpin hole centres are the same distance from the axle centreline. 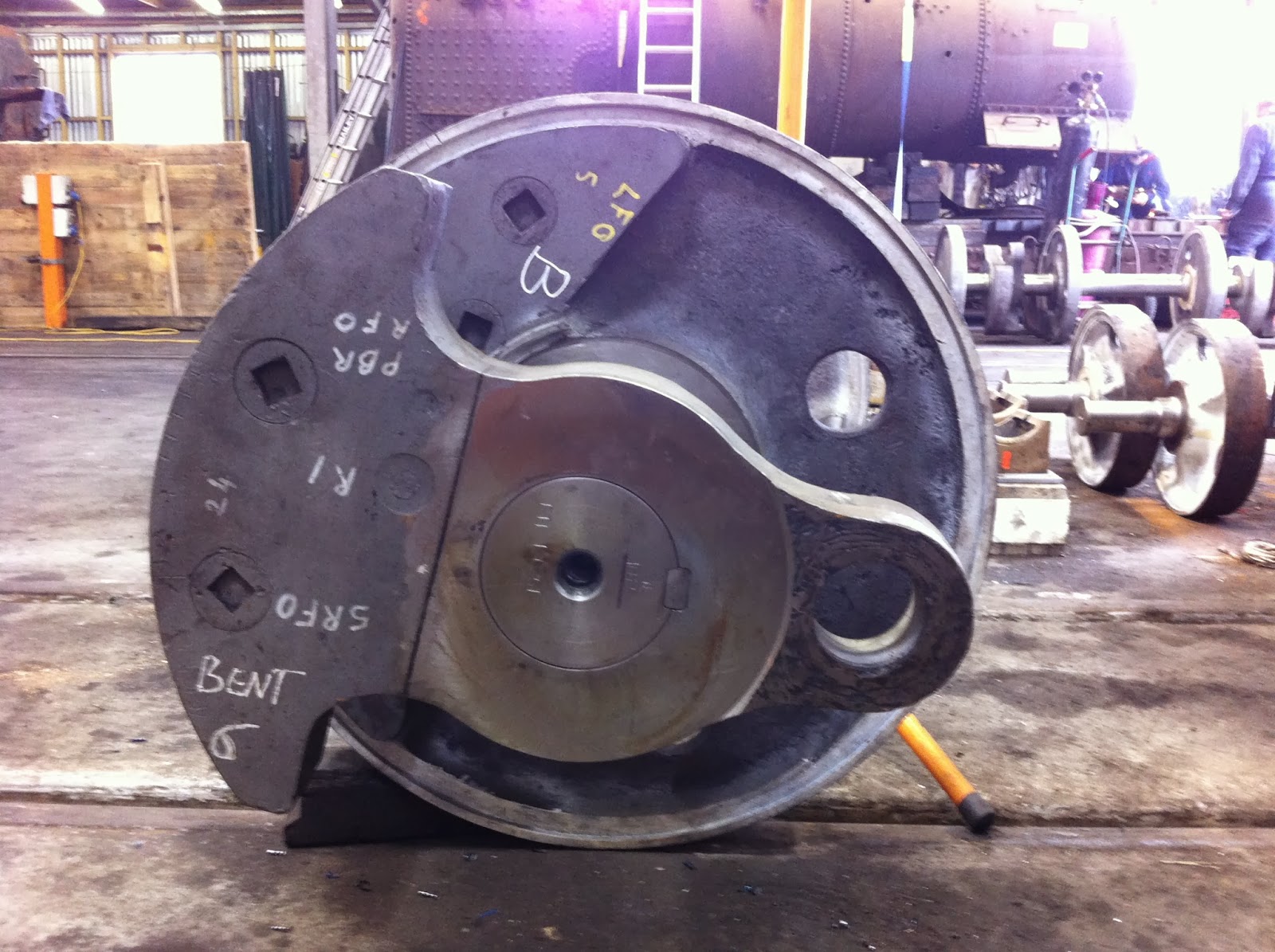 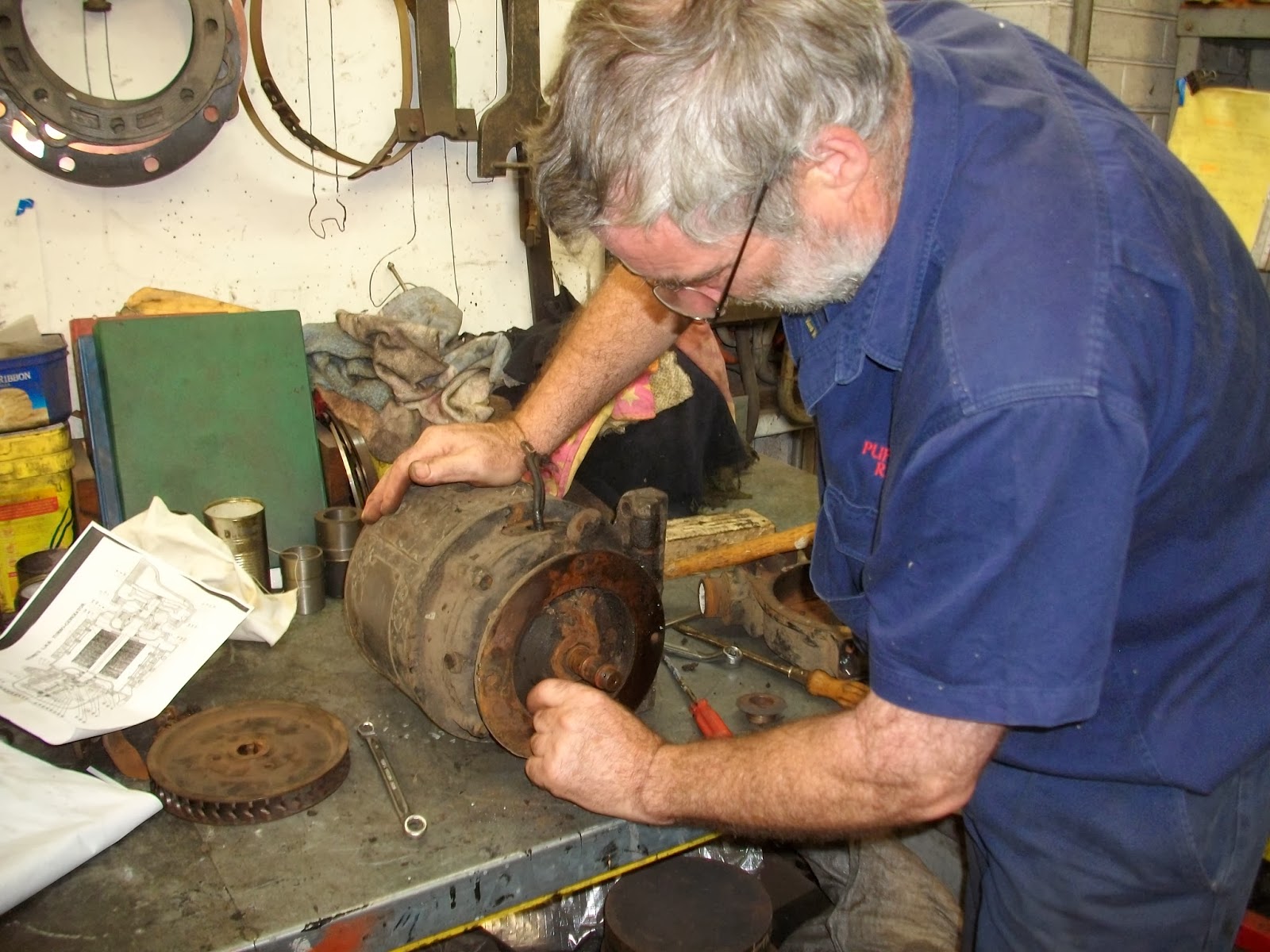 Various other jobs are underway in the background. Having finished working on the headlamps for the Garratt, Graeme Kidgell is seen here dismantling the Turbo-generator to asses its conditon, prior to restoration. Below is a close up of the turbine wheel and, on the left, the nozzles that direct the supply of steam to the turbine blades. 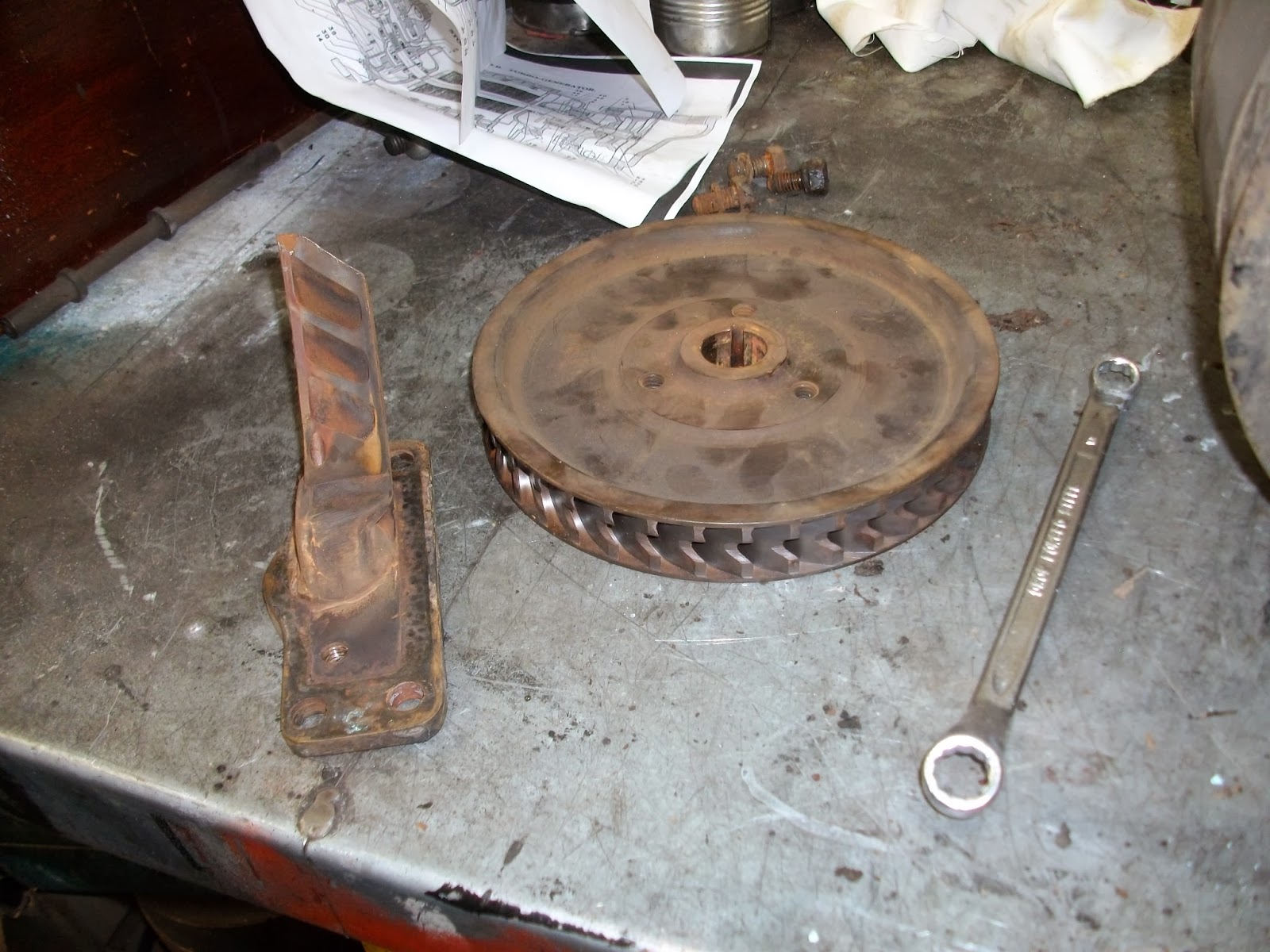