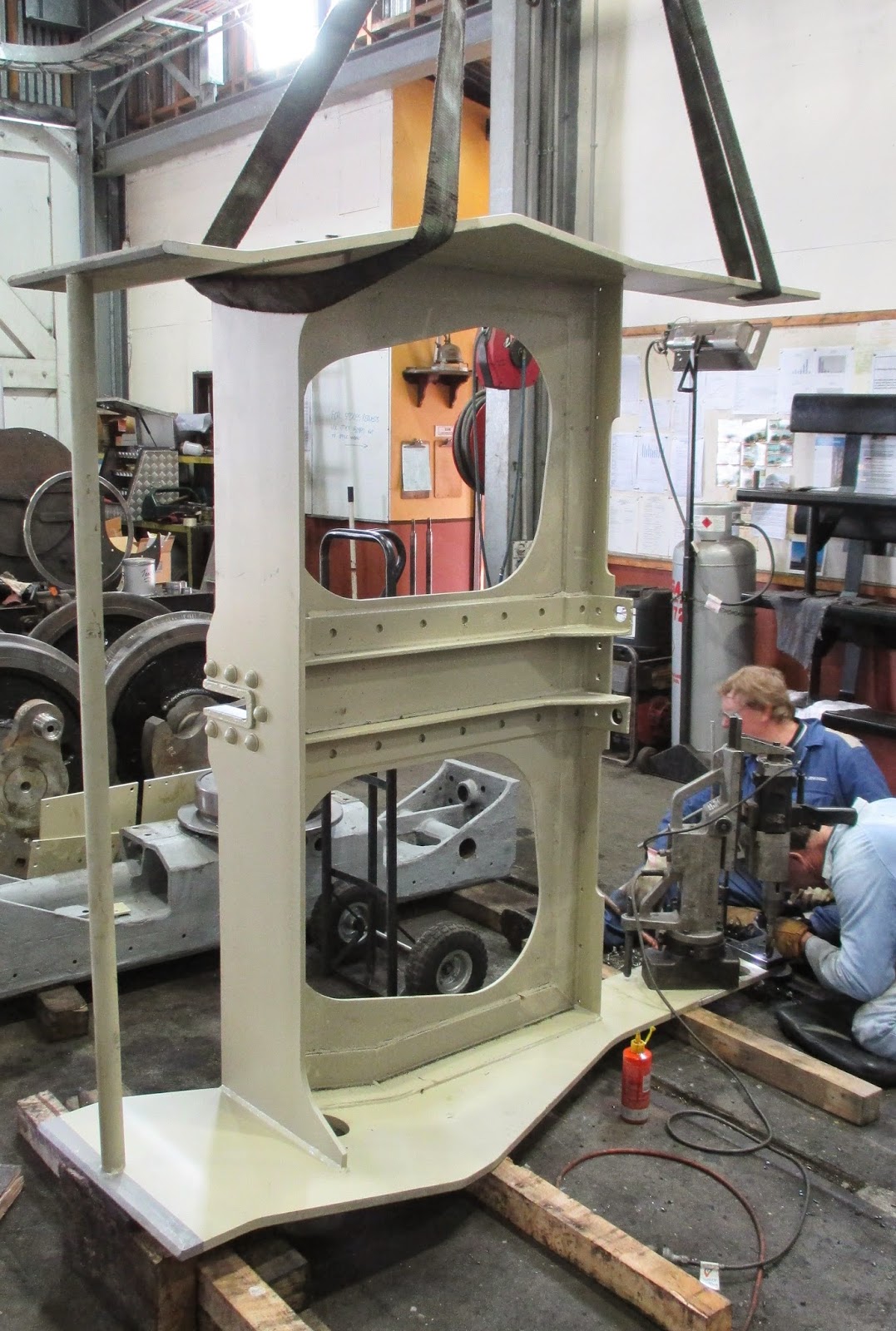 June’s NG/G16 workshop day (held on the third Saturday of each month if you’re interested!) was another busy one, with the growing number of volunteers working on a variety of tasks. Above, Ian Park & Peter Jenkinson are using the Mag Drill to drill holes in the new rear section of the boiler cradle. These will take fitted bolts to hold the rear pivot stretcher (in gray, behind) in place. With the stretcher bolted in place, the whole assembly will be ready to weld to the rear of the boiler cradle. 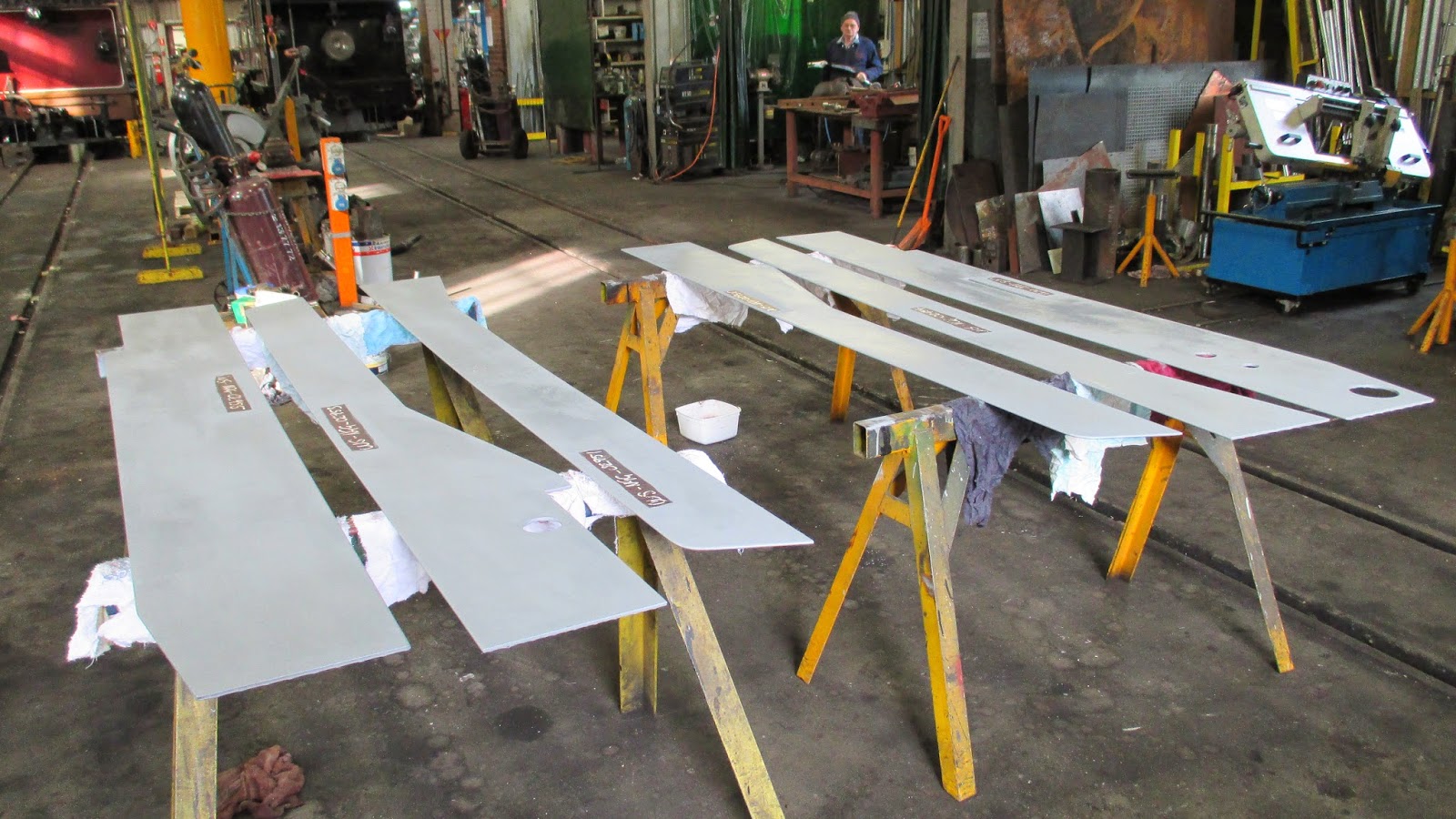 Above, all the new foot plate sections for the side of the boiler cradle dry out after recieving a coat of primer and, below, the new smokebox barrel has been delivered. The front has an angle ring fitted ready to accept the front plate & door, and a second ring at the back matches the diameter of the boiler, allowing the welding together of the two. The small plate lying inside is a cover plate, which secures over an opening in the top, allowing access to the Superheater header bolts. 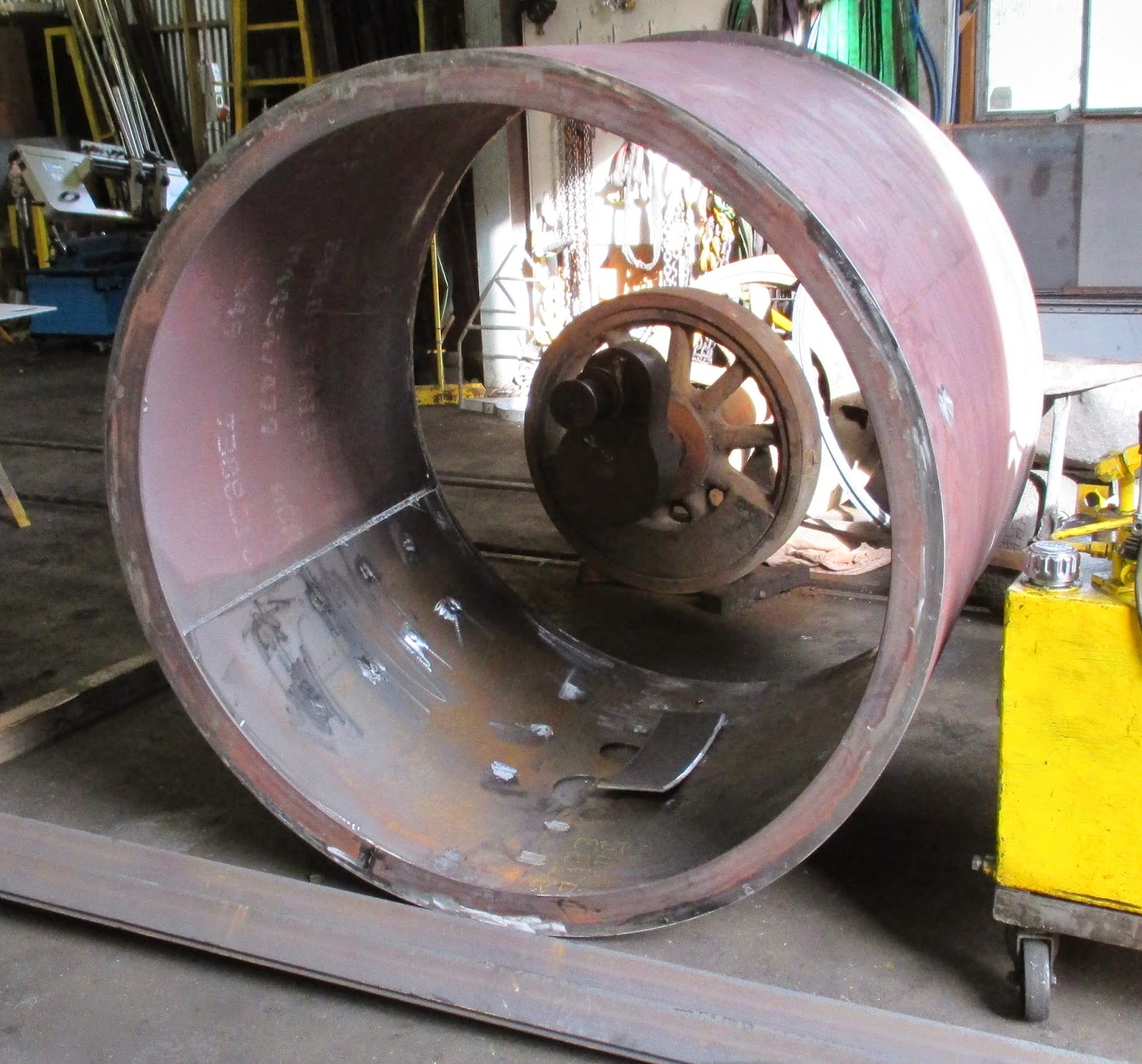 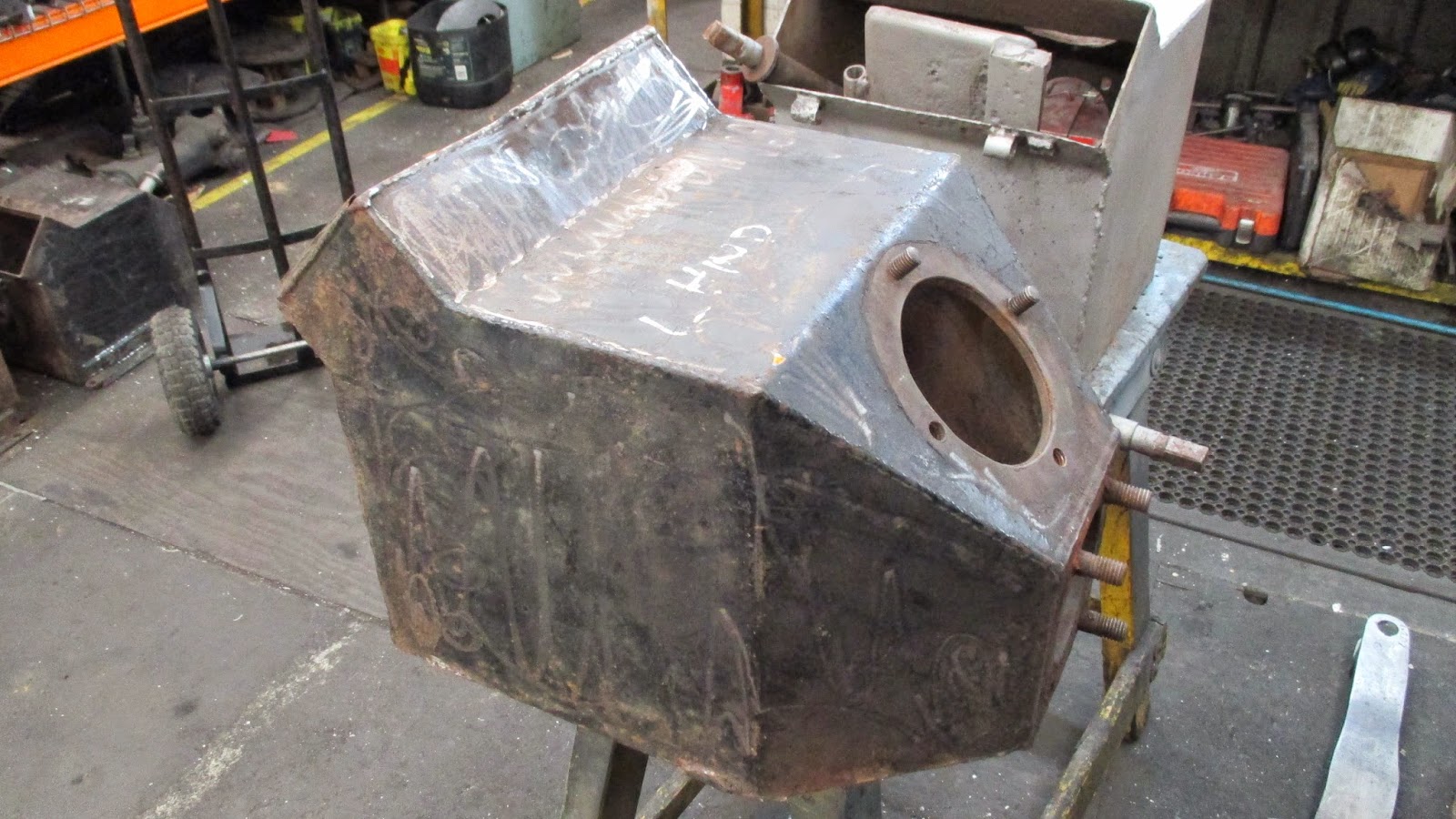 Reconditioning of the sand boxes carries on, with actuating arms being machined and measurements taken for a former to make new fill lids. The old ones are rusted beyond repair and have also been butchered at some point during their life so new ones are the order of the day. It is planned that the locomotive will be fitted with air sanders, as on G42, so the sand operating linkage will only need to be used in the event of their failure. 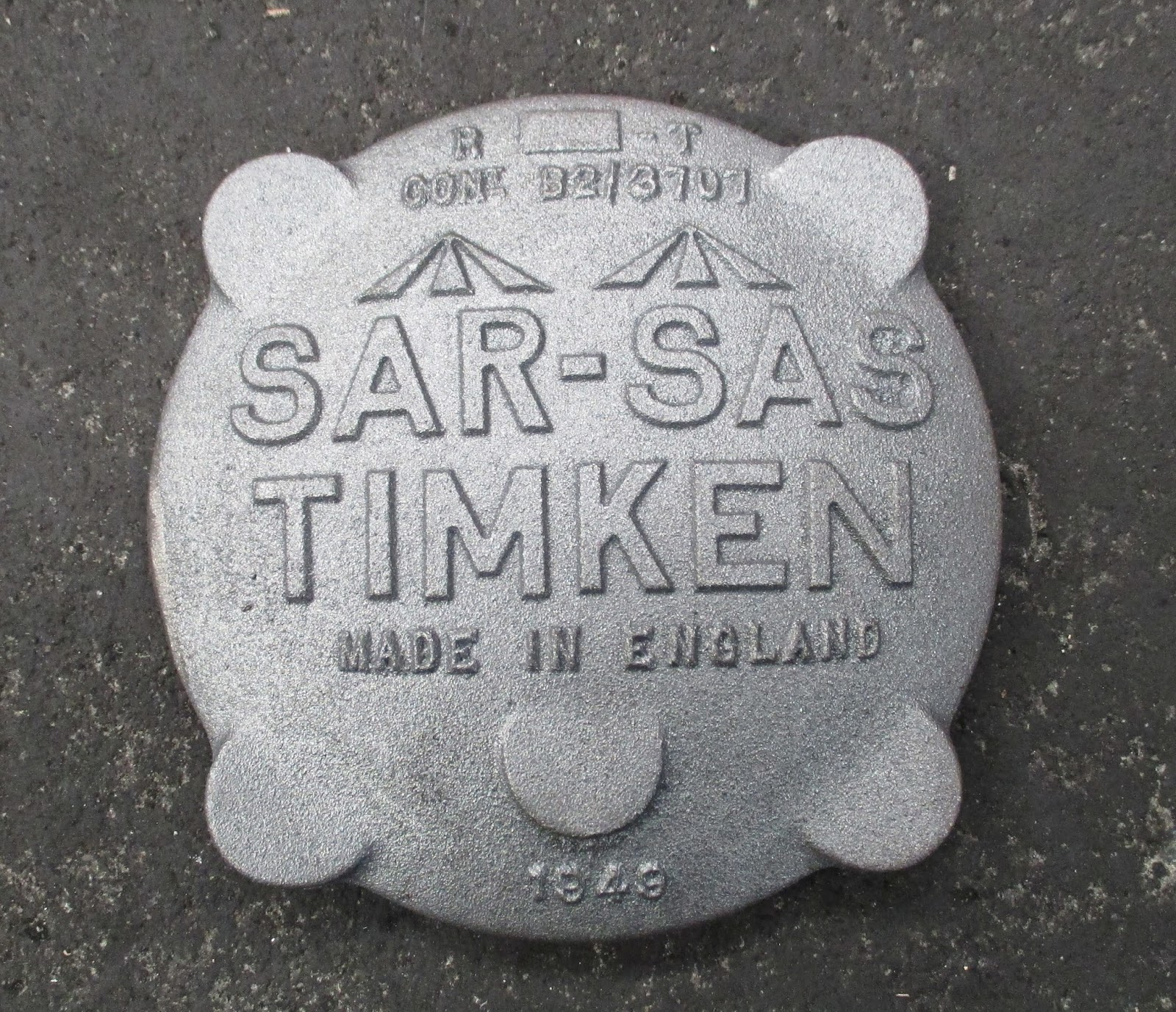 Above is one of the castings for the new pony truck roller bearing axlebox covers. A little know fact; there were at least 3 different types of this cover fitted to the narrow gauge Garratts, each having different lettering. Our two NG/G16’s, between them, had examples of every type fitted, so we were able to identify the correct one and create a pattern for these fantastic new ones!