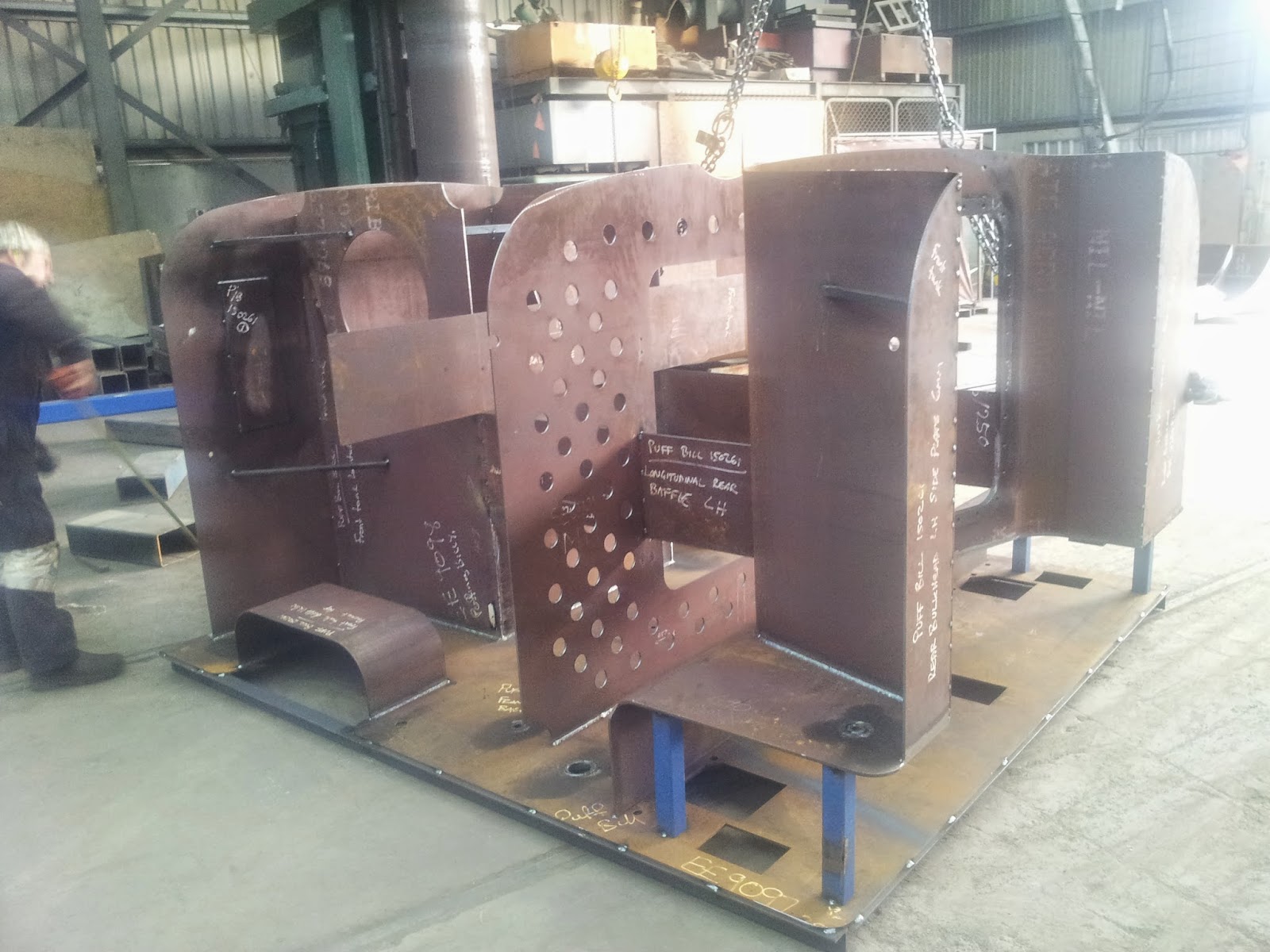 Nearly complete, the new water tank and coal bunker stand in the fabricators workshop last week. Above you can see the front water tank before the outer sheets were fitted, showing the perforated internal baffle plates, and below, nearing completion. The blue steel sections are temporary supports, used while the tank parts are welded together to maintain rigidity; they are removed when the tank is complete. 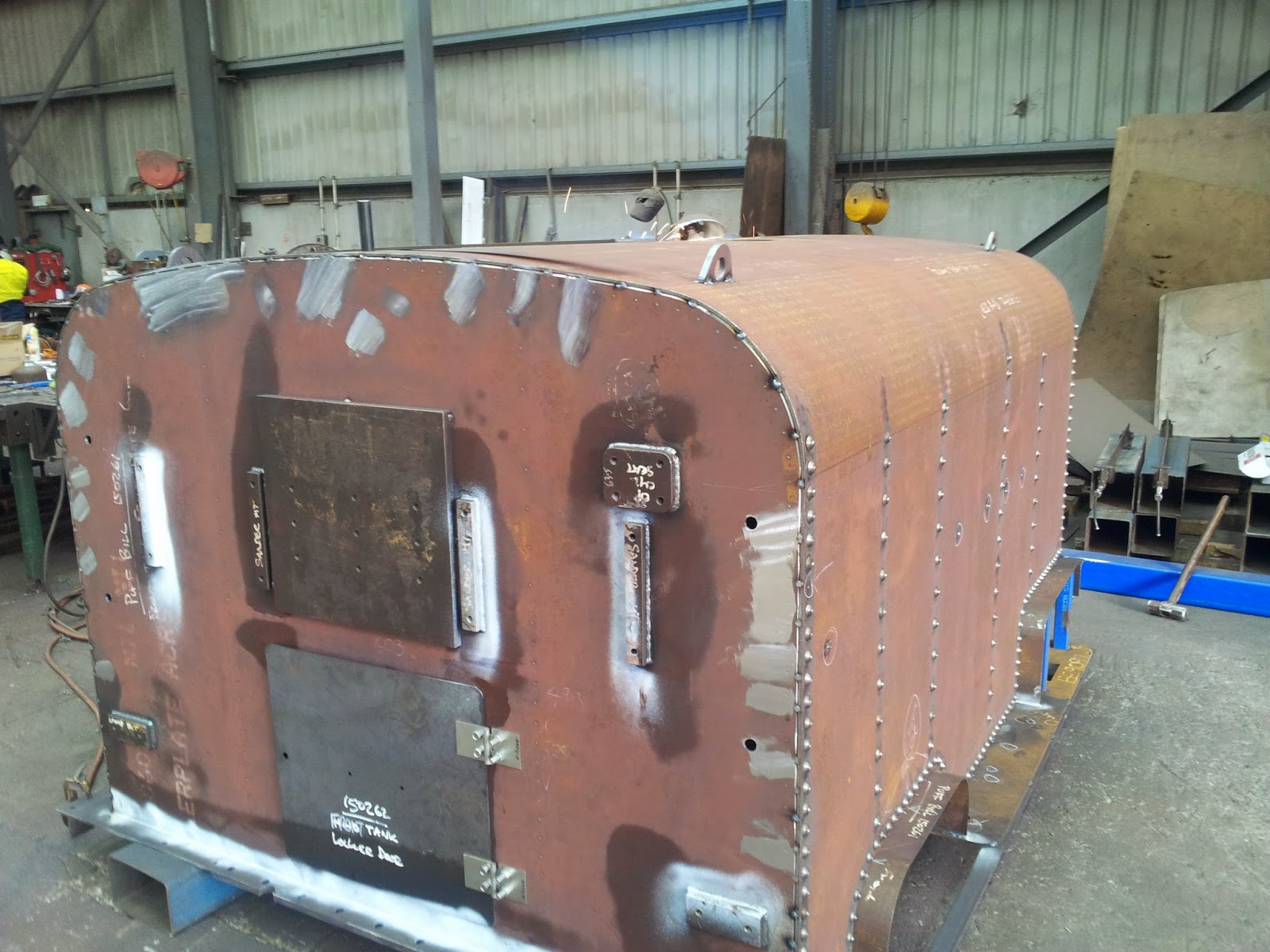 These two photographs show the dummy rivets, which the fabricator is in the process of fitting. Attached using studs and a stud welder, this method is quick and easy to use. The tank platework has a mark etched into it at each rivet centre by the laser cutter which profiles the plates, and this is used to accurately locate the studs for welding, after which the pre-machined rivet heads are welded to the stud. 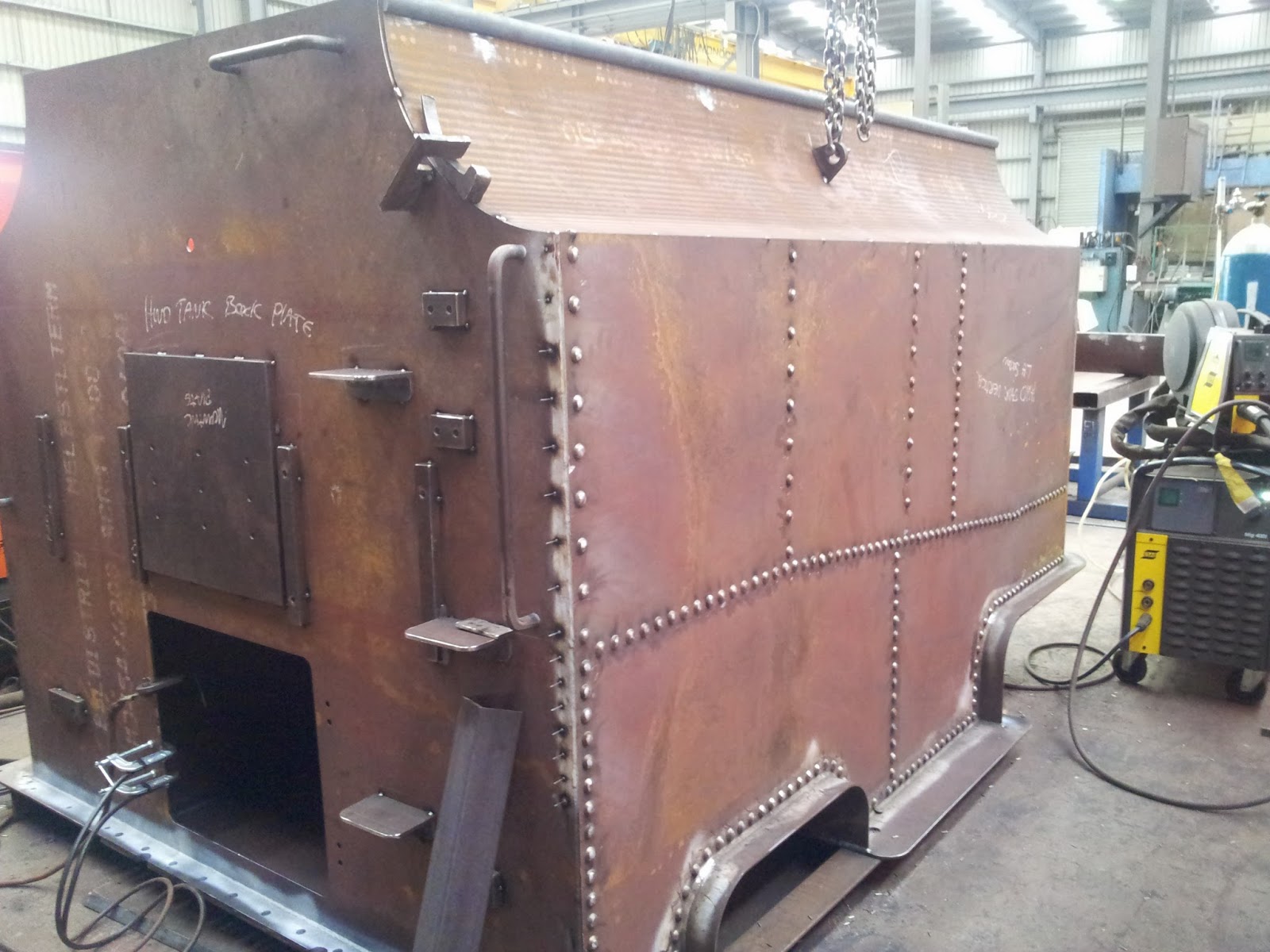 Above, the rear combined water tank & coal bunker takes shape. The horizontal rivet line along the side define the split between the water and coal, with coal above on plates sloped to trim the coal towards the shovelling plate. The water space, before fitting the coal plates, is shown below, again with perforated baffles to stop the sloshing of water around the tank when the locomotive is moving. 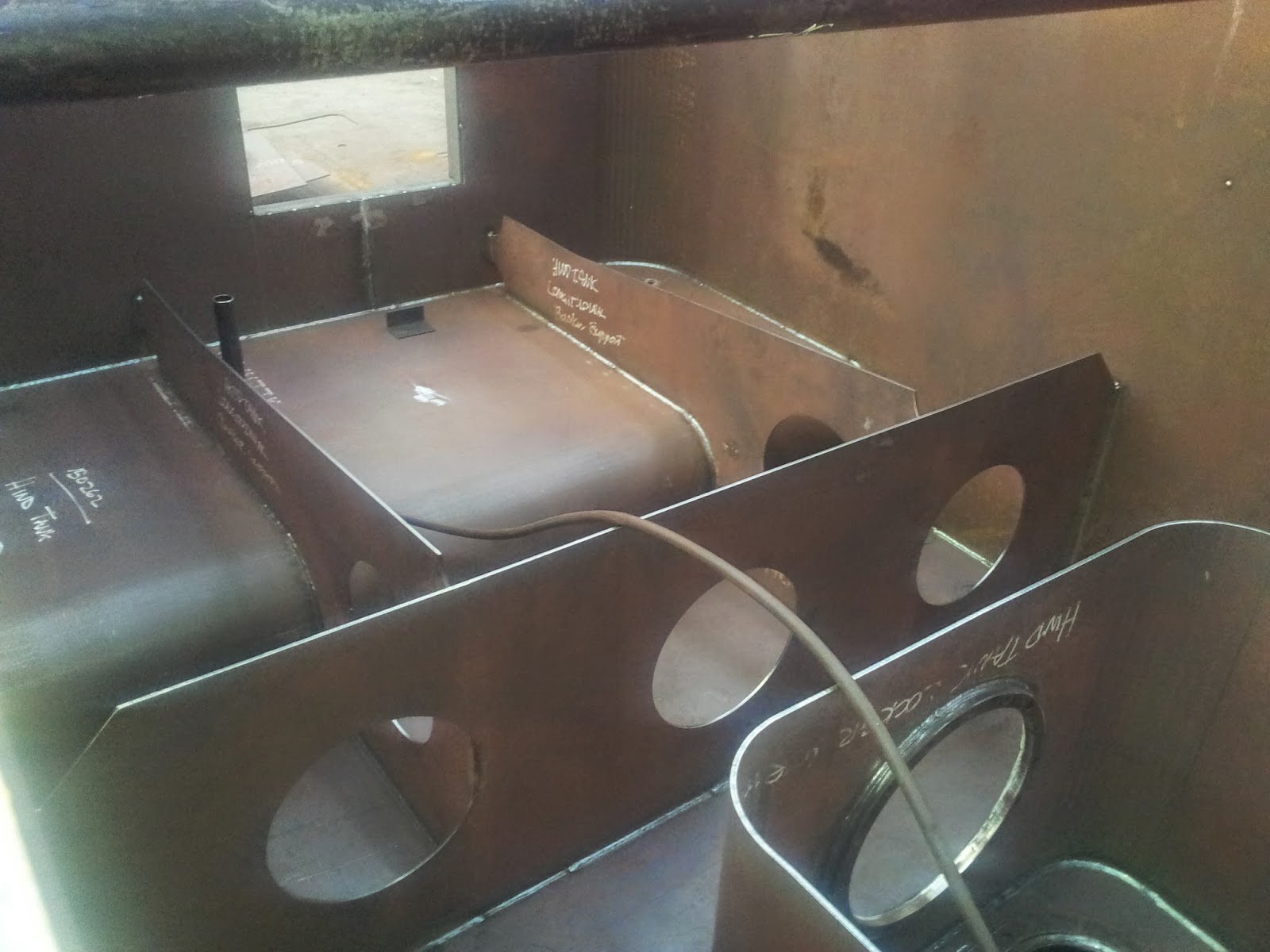 The tanks will be delivered in grey primer, painted everywhere except the water spaces.  Puffing Billy uses sacrificial annodes in all locomotive water tanks, which reduce corrosion, and negates the need for paint on the wet faces. This is to be avoided where possible, as any failure of the surface finish will lead to fast, concentrated areas of corossion, and flaking paint which has the potential to block strainers, causing interruption to the water supply and failed injectors.