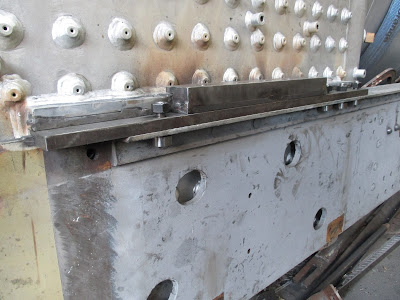 It might look to the untrained eye as if work on the Garratt had pretty much come to a halt once the boiler was in place. As with all projects like this, there are periods of rapid and obvious progress, and times when it appears that nothing is happening at all.
In the case of the NG/G16 129 project, many of the more substantial jobs (frames, wheel-sets, boiler, tanks etc.) are complete, and we are into the myriad of smaller tasks now.
With the boiler in place, we could check its location and adjust where needed. Initially it wasn’t sitting centrally in the cradle, so the rear mount was machined to correct this. It appears that the brackets on the side of the firebox aren’t entirely horizontal either, so tapered wedges have been welded in place to correct this (above). 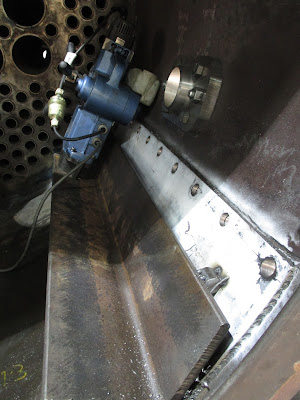 With the boiler now sitting level, the river holes in the smokebox are being drilled ready to attach to the saddle (above). Note use of the angle to support the drill, spaced from the smokebox inner face to allow the holes to be drilled radially from the centre line.
We have also been busy getting patterns made and parts cast. Below are the new patterns for the blast pipe and cross head. The blast pipe combines the exhaust steam from the front and hind engines units before feeding it through the blast nozzle. Both parts have now been sent out for machining. 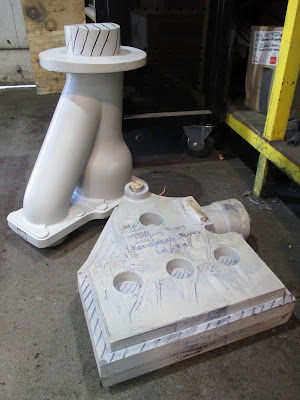 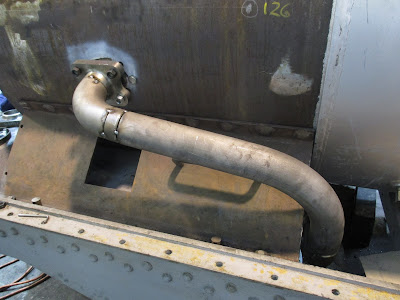 The current big task is the design and manufacture of all the steam and exhaust pipes. The original pipes were in no state to be reused, and many were manufactured from pipe sizes no longer available. New drawings were created, using the closest available pipe sizes, and a whole set of new flanges and lens rings designed and manufactured to suit.

Above and below photographs of the boiler cradle show the steam pipe from the smokebox to the front ball joint being tacked together. With so many angles and curves involved, the easiest way to produce the pipes is on the job. The flanges are fixed in place and the pipe sections trimmed and tack welded in position to suit, following which they are removed for final welding. 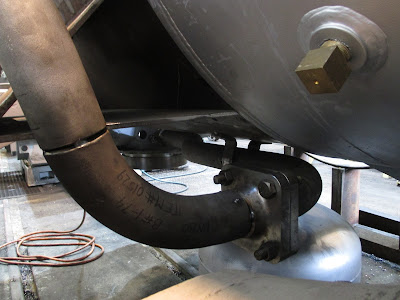 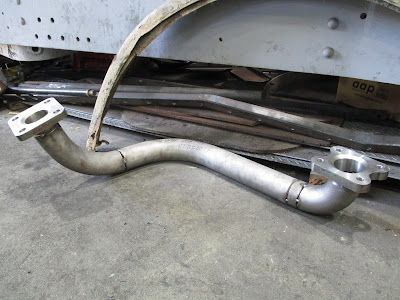 Above, the steam pipe is tacked together and removed from the job for welding, whilst below, a start is made on the steam pipe to the hind ball joint. Where practical, bent pipe has been replaced with standard pipe elbows trimmed as required; a much cheaper and rapid method of fabrication. 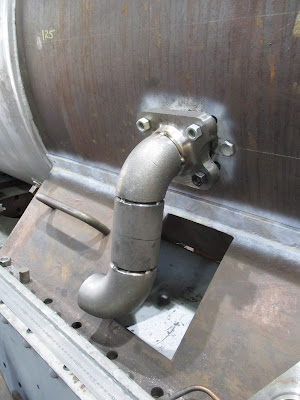 As work progresses, more and more of the original parts are required, either to be overhauled and reused, or as patterns for measurement to allow new ones to be manufactured. With attention beginning to focus on lubrication and boiler fittings, several boxes have been recovered from storage, allowing things like safety valves, top feed check valves, blowdown valve, injectors, lubricators and oil feed pots to be dismantled, cleaned up and condition checked for possible reuse. 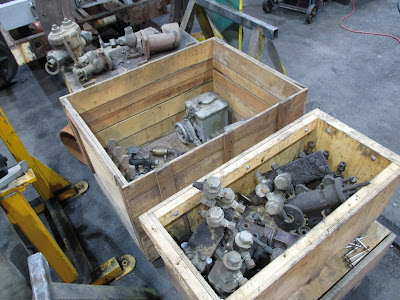 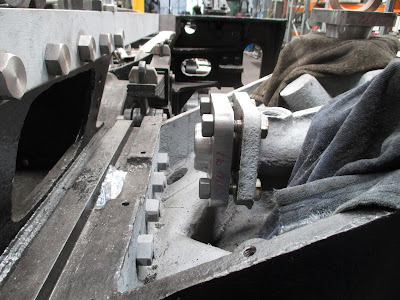 Pipework manufacture on the engine units has also begun. Above, a newly machined flange is attached to the steam inlet on a cylinder. This gives us a fixed point to work from when starting to cut and tack together bits of pipe.

Below, the exhaust pipes have been trial fitted between the cylinders and the exhaust ‘Y’ branch, from where a pipe leads to the exhaust ball joint. Note how confined the working space is, and how access is limited by the between-cylinder stretched casting. This is why the pipes are being made and fitted now; further on in the assembly process, access will become near impossible to this area! 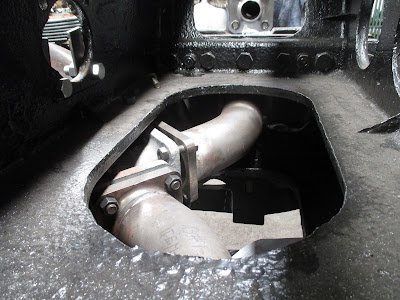 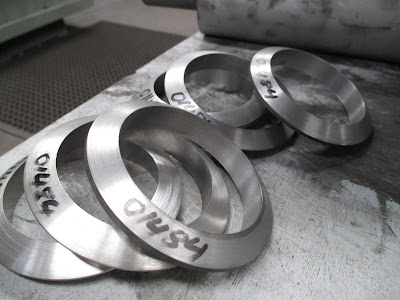 Virtually all the steam and exhaust pipe joints are sealed with lens rings, which locates in a cavity formed by recesses in two adjoining flanges. Above, a selection of different sized rings, based on the pipe diameter, and below, a section taken from the 3D CAD model showing the make-up of a typical lens ring joint. 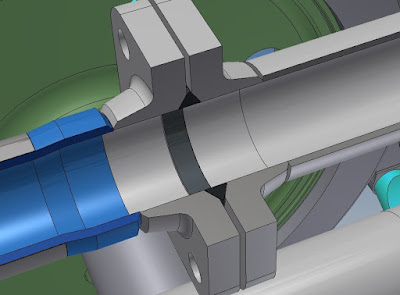 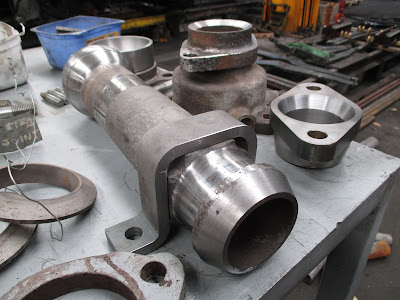 In order for all the pipework to be complete, the flexible ball joints with connect the pipes on adjoining parts of the locomotive are required. At each end of the boiler cradle, a steam ball joint, steam pipe expansion joint and exhaust ball joint provide the flexibility famous in the Garratt design.

Above, a steam ball joint body has been built up and machined back to original size, surrounded by the new retaining clamp. (Below) One of the many condemned parts, in this case a split collet, has been replaced with one newly machined from the drawing. 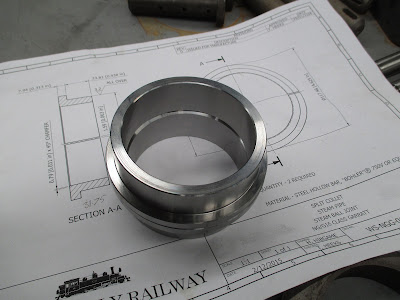