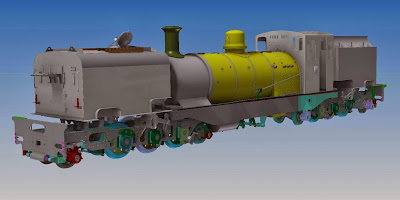 Purchased in 1996 from the Alfred County Railway in South Africa, NG/G16 129 was built by Beyer Peacock in England, in 1951. After shipping to Puffing Billy Railway’s headquarters in Belgrave, the Garratt was stripped for assessment to help with costings for the rebuilding program, before being stored at various locations around the railway. 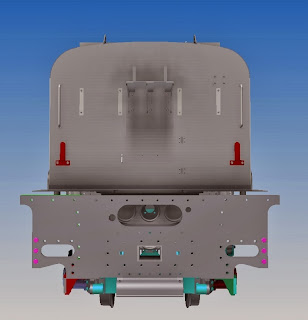 Now you could be forgiven for thinking that the project had gone into hibernation, with little, if any, visible progress being made since then. Things are not always as they seem, and, assessment and costings carried out, Puffing Billy’s engineering team settled down to design all the modifications necessary to get the Garratt running on our rails.

Puffing Billy was built to a gauge (distance between the rails) of 2 feet 6 inches, or 762mm. South African Railways, or the part of it which later became Alfred County Railway, was built to a gauge of 600mm, and therefore some major engineering redesign was required to make up the difference. The team therefore began to replicate the entire locomotive using 3D solid modelling software, which allowed them to easily identify and make changes to any parts which required it. 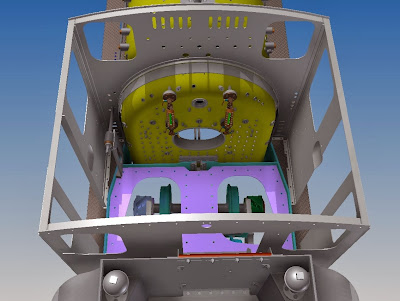 Although not finished yet, Puffing Billy Railways drawing office have put in thousands of volunteer hours so far, modelling components and modifying them as required, before producing new drawings to modern standards for manufacture. 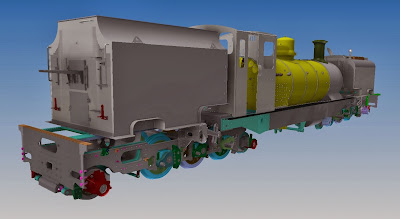 All the components shown in a Cyan/Turquoise colour in these images are parts than have been modified or added to allow for re-gauging the locomotive, as well as the fitting of Westinghouse compressed air brakes. Having this virtual model allows us to easily and accurately make modifications, assess the outcome, and as a result, quickly produce packages of drawings for work to be carried out. 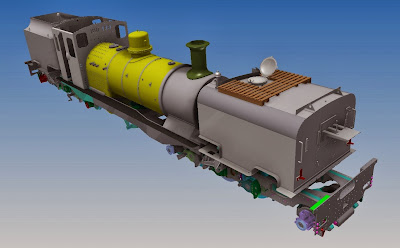