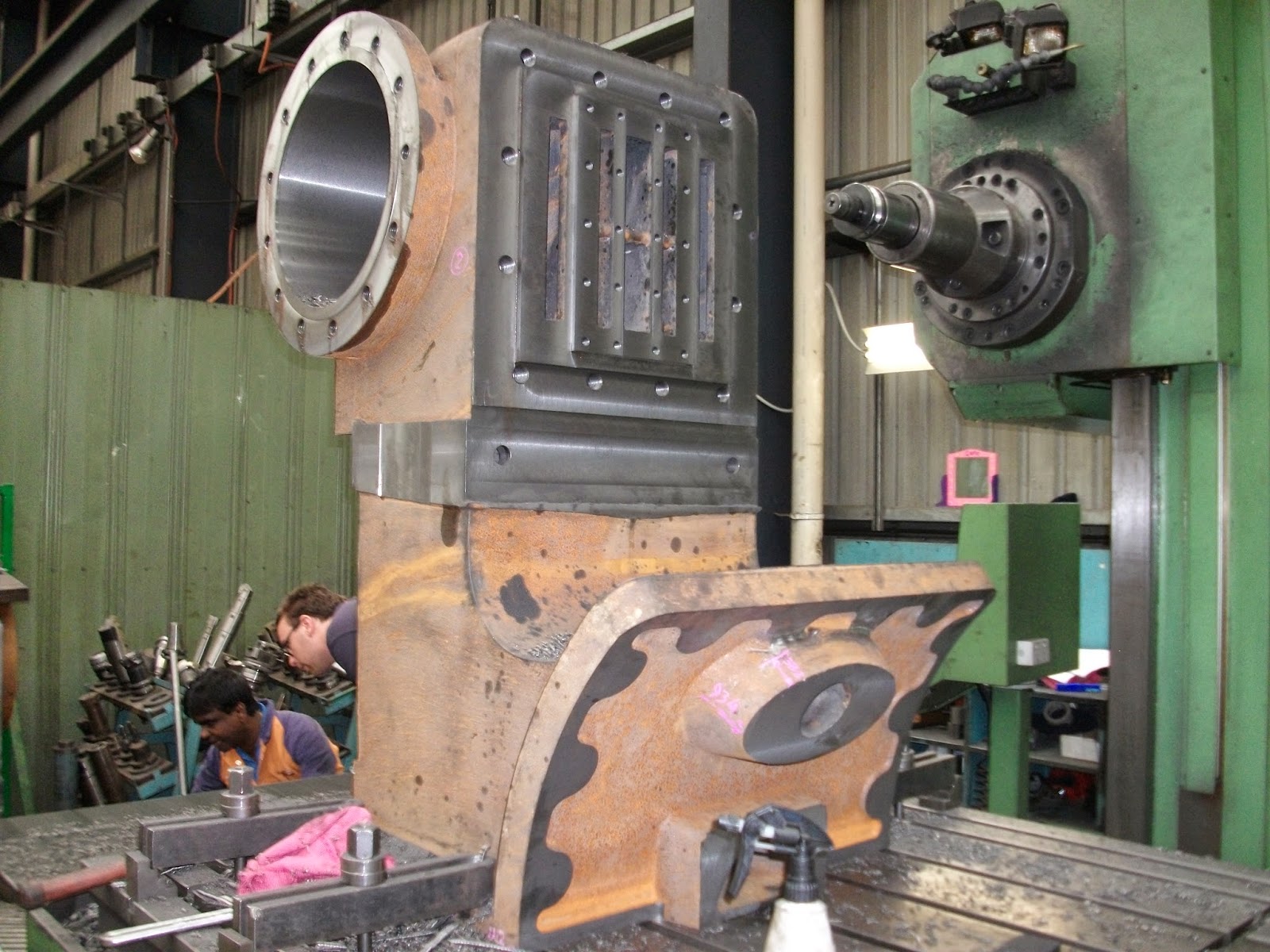 Machining has progressed a long way since we last wrote about the new Na locomotive cylinder castings. The first two (seen here) are currently undergoing final machining, whilst at the foundry in South Australia, another 4 pairs are being cast. This allows for a new pair of cylinders for all 5 of Puffing Billy’s operating Na class engines.

Below, the casting has been bored to receive the cylinder liner, and holes drilled and tapped in the end face to accept the studs which hold the end covers in place. You can also see the steam port openings, through which steam travels to and from the cylinder from the valve chest, and the small step in the bore which locates the liner in the correct longitudinal position. 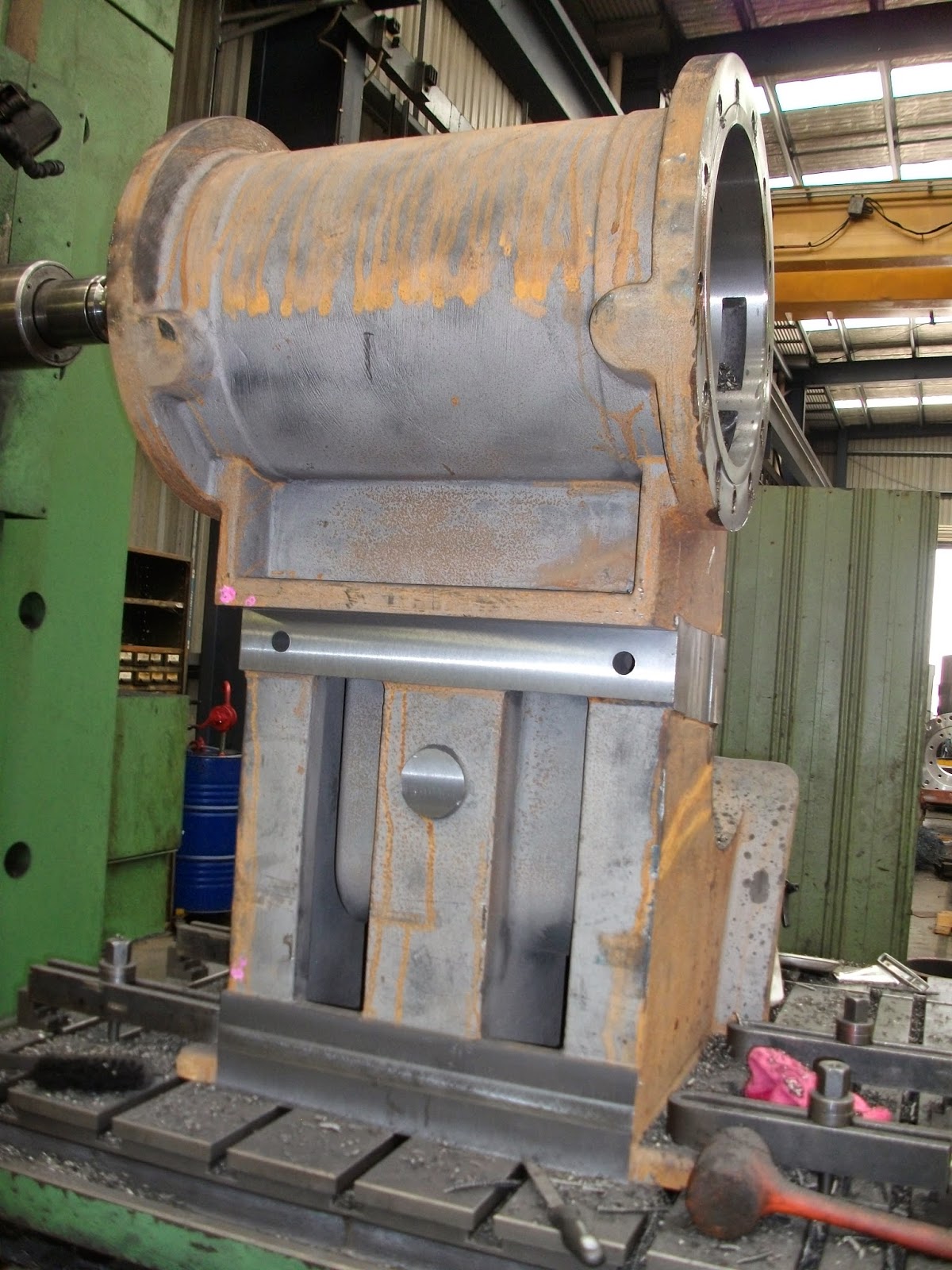 A view from underneath, showing the bosses where the holes for the drain cocks will be, and the machined face where the cylinder sits on top of the lower bar frame. There will also be holes to mount the bracket which supports the suspension equalising beam to the front pony truck; there are still to be drilled. 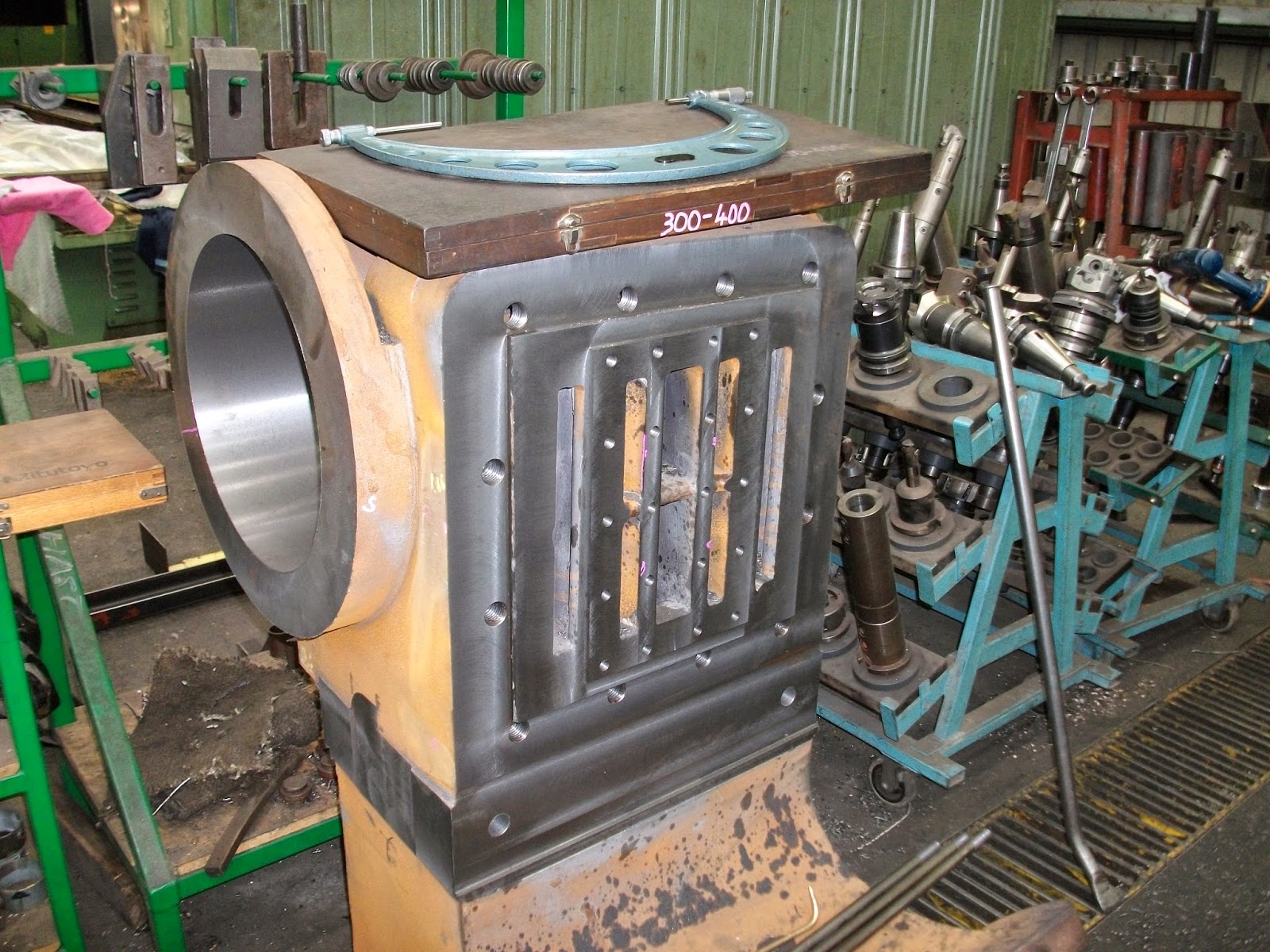 These two views clearly show the top of the casting after machining, with the port face machined, and holes drilled and tapped to hold the steam chest and the port face plate.

With the cylinders on the existing fleet being over 100 years old, we have a long record of the weak points and where the problems develop. With the design of new patterns for the cylinders, we have taken the opportunity to make all the wearing faces replaceable; the cylinder bores have liners which can be replaced, the port face will have a removable wear plate, and the steam pipe flanges will also be replaceable. 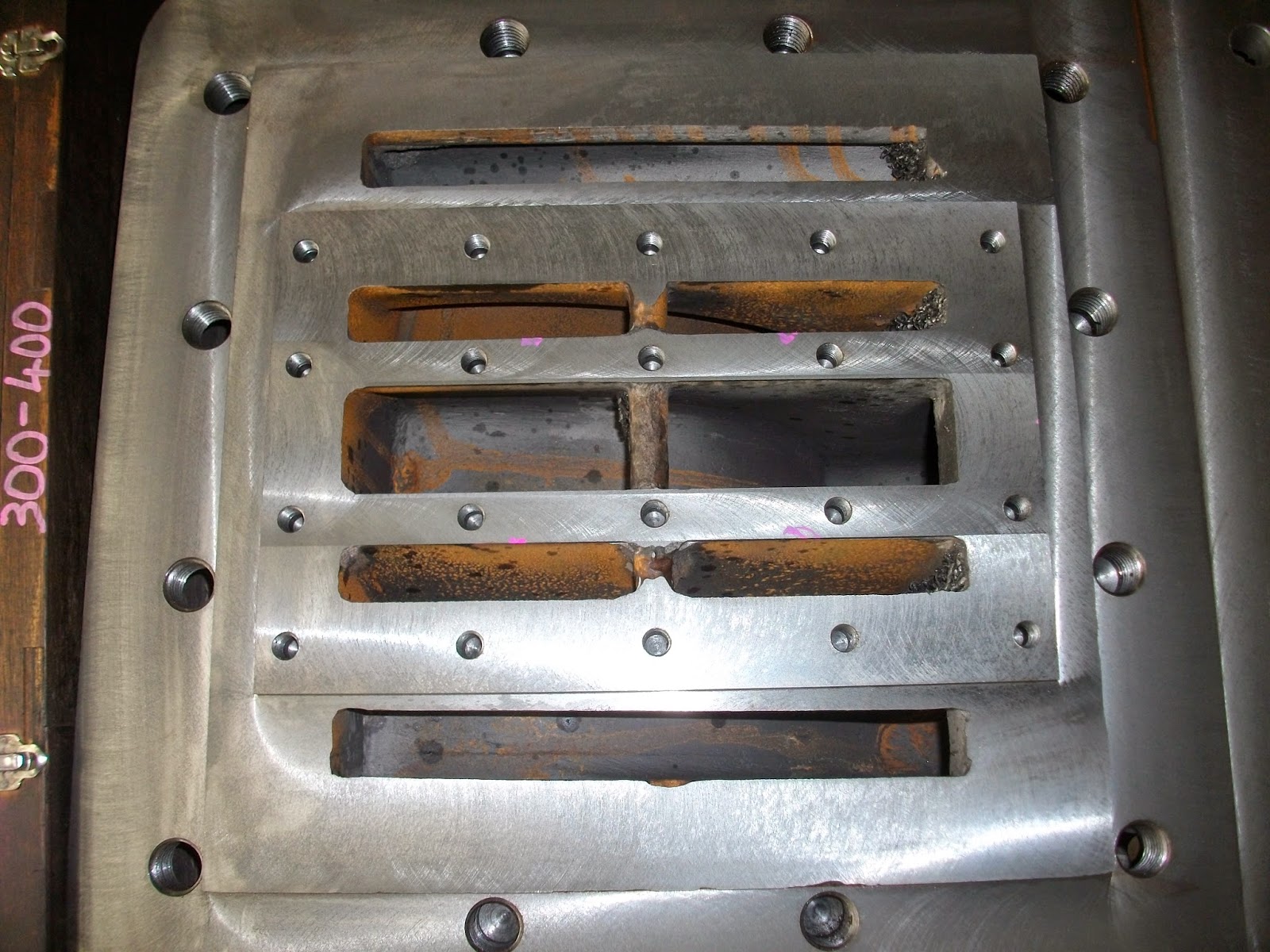