With 6A in for attention to the Chimney, Blast pipe and Regulator, we get the oportunity to see some parts of the engine most often hidden from view. Above, the Smokebox door and Chimney have been removed and the blast pipe taken out. Clearly visible are the main steam pipes curving around the sides of the Smokebox from the Wet Header with the fire tubes behind. 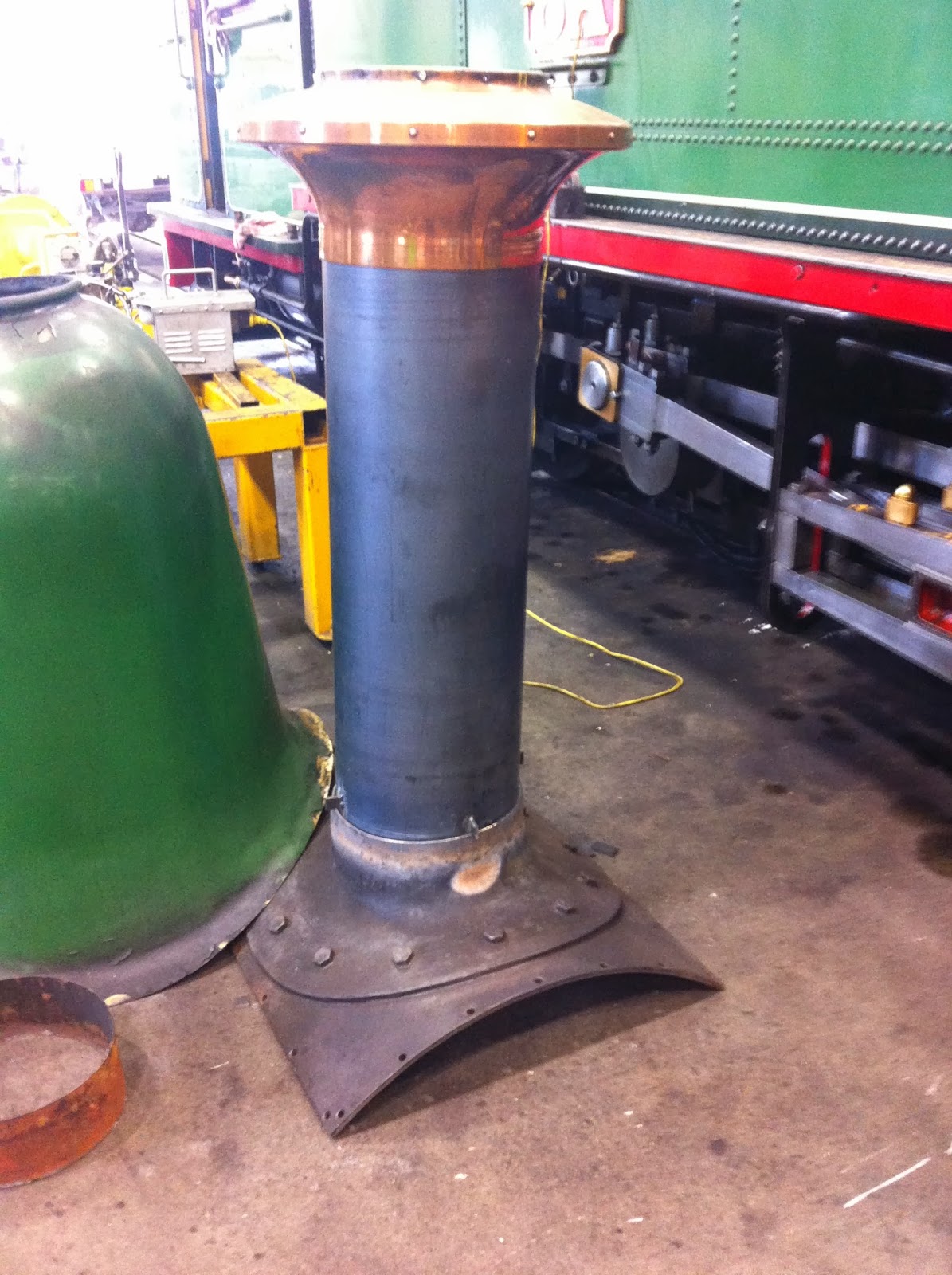 The cut out in the Smokebox top is filled by a removable cover plate, which also forms the mounting for the Chimney (above). The cover plate is a recent modification to the Na’s, improving access for maintenance and repairs.  Holes corroded in the Chimney have required a new tube to be rolled and fitted, and this can be seen in the photo. This tube forms the Mixing Chamber & Diffuser of the Lempor exhaust system fitted to 6A. 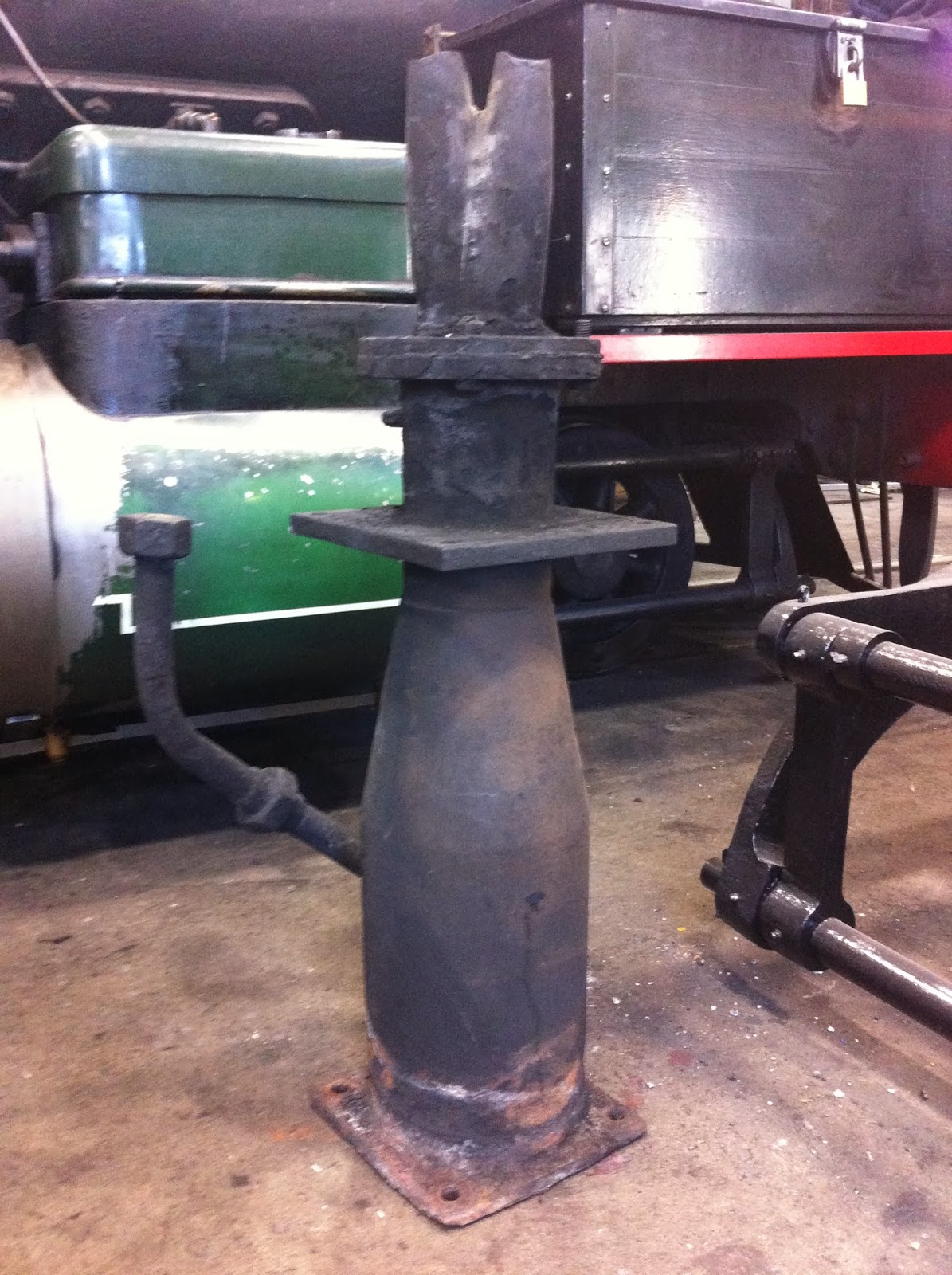 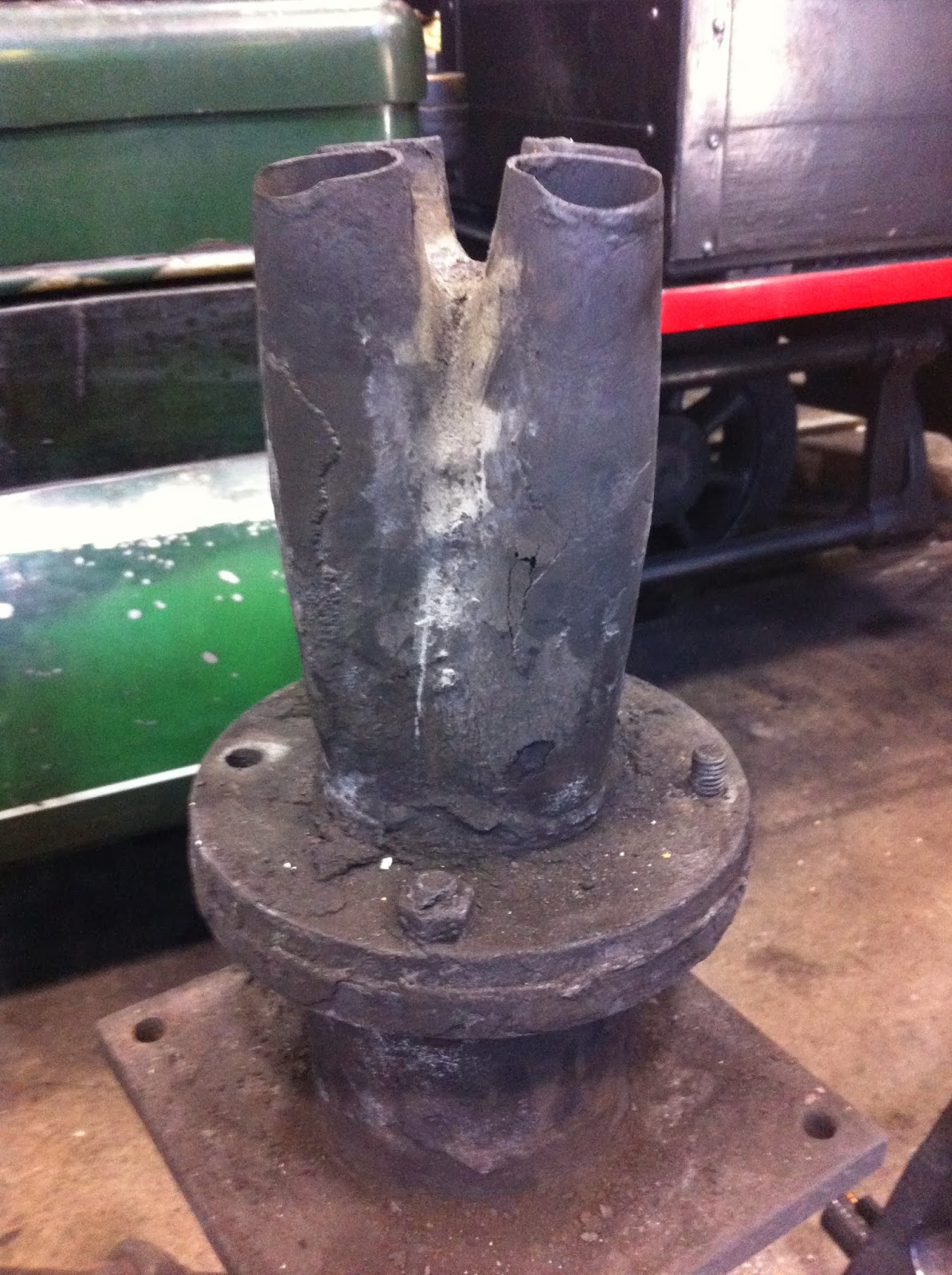 A different view this time. Looking down into the Boiler through the Dome (cover removed), the Regulator Valve body is visible, with the Fire Tubes below. The Regulator Valve itself has been removed from the body, with the openings top and bottom clearly visible which allow steam to travel down the ‘J’ pipe to the Cylinders.

Also note the string tied around every tool, which in turn is tied off to a Dome cover stud…..anything falling in now would most likely fall around the outside of the tube bundle and end up at the bottom of the boiler…where it would stay until the next time the Boiler is retubed! 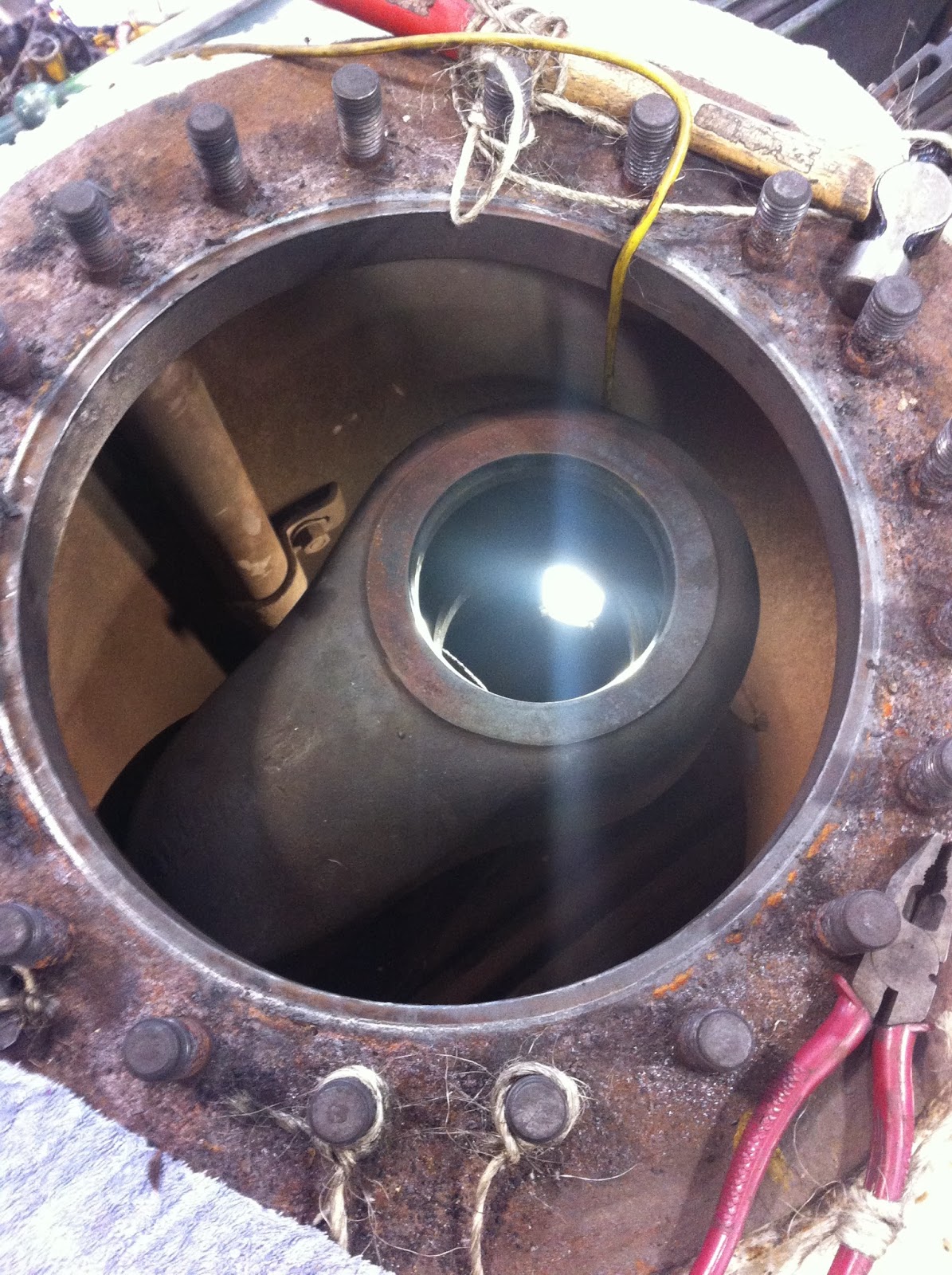