Fresh From The Paintshop 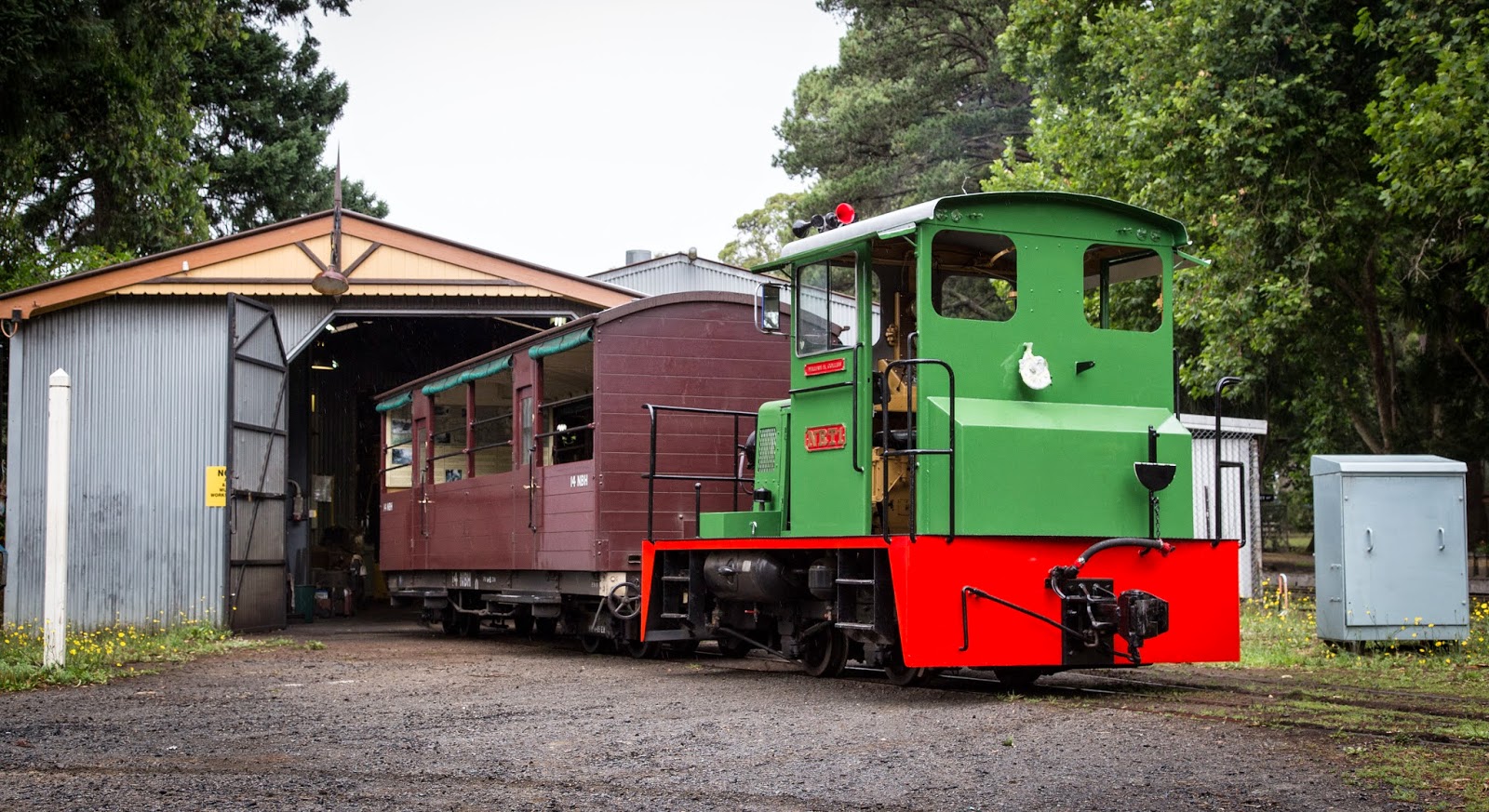 Two firsts in one for the blog; not only does it feature our first video, but also the first opportunity to feature Puffing Billy’s carriage workshops at Emerald.

NRT1 is a Ruston & Hornsby diesel locomotive, built in England in 1951 to a gauge of 3 feet, and was initially employed by the State Electricity Commission of Victoria. It was later re-gauged to 2′ 6″ and ended it’s working life in 1977 when it was transferred to Puffing Billy.

This type of locomotive was popular in many industrial locations, with their unique clutch-less 3 speed gearbox meaning the driver could control them whilst walking alongside, a bonus when shunting. Adjustable tie rods meant than as the axles moved on the springs, they followed the radius of the drive chains, reducing the chances of chain snatch.

For more information on the unique features of Ruston & Hornsby locomotives, have a look at the website of the Moseley Railway Trust.