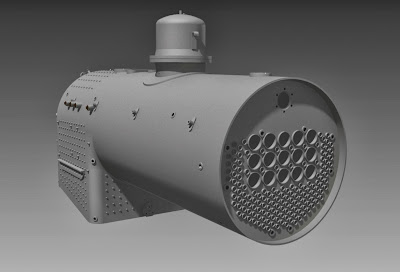 After months of  design work, Puffing Billy has placed an order for the construction of an all welded steel Boiler for NG/G16 129. This will be the first new, non-riveted Boiler for one of these locomotives, and as such has had to undergo a rigorous design verification process to ensure it meets all the required Australian Standards for pressure vessels, as well as operating and maintenance requirements as set out by Puffing Billy. The Boiler will be manufactured by E. R. Curtain of Revesby NSW. 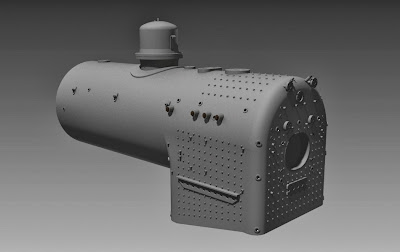 Designed by the Puffing Billy engineering team, the boiler was first modelled in 3D, using Autodesk Inventor software, from the original South African Railways drawings (below). This would allow any potential issues to be highlighted which might be caused by the change from rivets to welded joints. 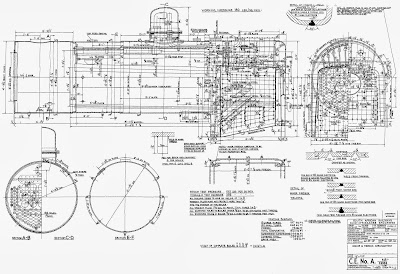 Modifications to suit Puffing Billy standard parts, such as Water gauges, Washout and Fusible plugs, were made, as well as incorporating a change to welded rather than screwed Stays. Materials were changed to current specifications and standard metric plate thicknesses have been incorporated. 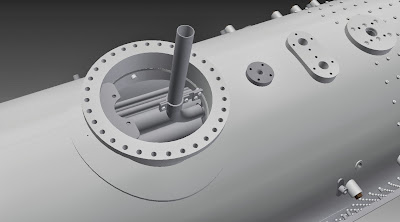 Once the 3D model was complete, a full set of engineering drawings were prepared and issued by BMT WBM, the drafting contractor, to OSD, the design company who were tasked with the analysis and approval of our design. OSD reviewed our design, and recommended modifications in order for the Boiler to meet the Standards.
Once deemed complete, our design, along with OSD’s calculations, was passed to an independent verifier who checked and signed off the final design. 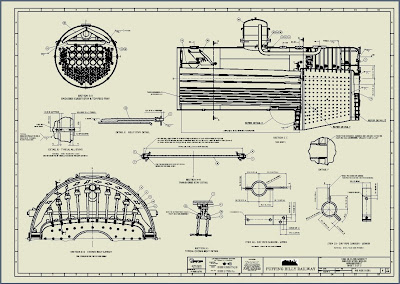 The final version of the drawings have now been issued to E. R. Curtain, and, with funding approved by the Puffing Billy board, the complete Boiler is due to be delivered in June 2014. 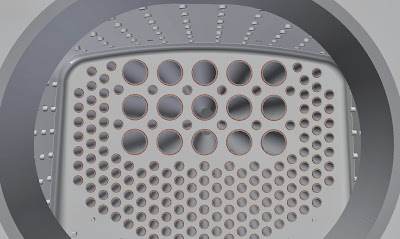 With the pressure vessel design complete, work can now concentrate on the other larger parts associated with the Boiler, including the Dry Pipe assembly, Smokebox, and Grate/Ashpan arrangement. 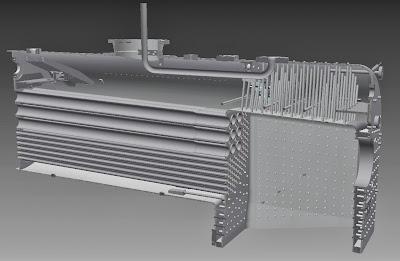