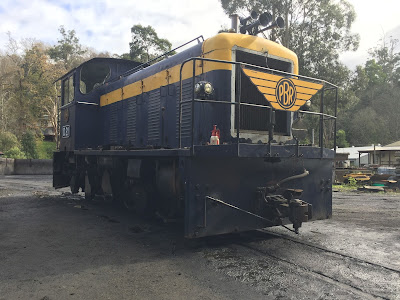 When D21, the trusty Belgrave yard shunter, came in for its last exam, it was deemed time to re-tyre the wheelsets based on the level of wear and how close they were to the condemning limit. 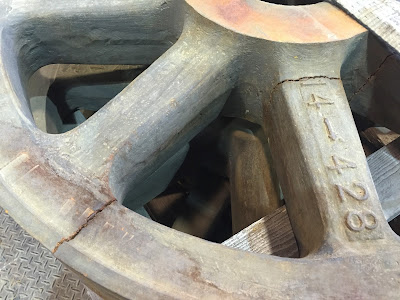 Removal of the tyres revealed issues with the wheelsets which necessitated pressing the wheels off the axles as well. Unfortunately, in the process, at least one wheel cracked under the force of the press used to remove them. 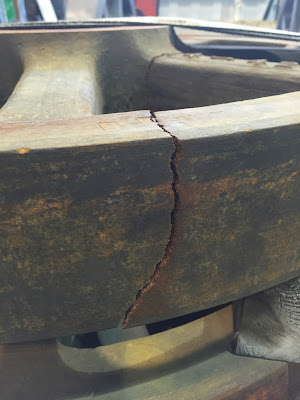 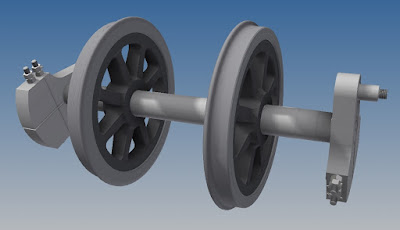 In order to get things back on track, drawings were created, a pattern produced, and new wheel castings duly ordered.

One of the cranks was damaged in the removal process as well, so a new profile cut blank was ordered from which a replacement could be machined. 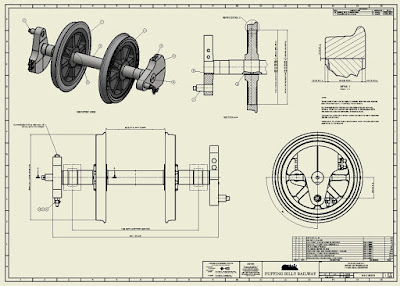 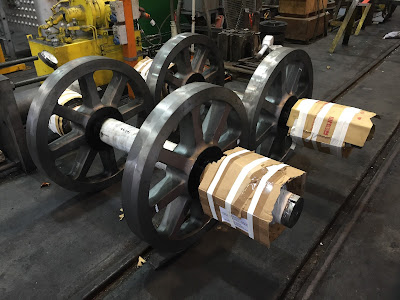 Following casting, the new wheel centres, along with the axles and cranks were delivered to Inver Engineering who carried out the machining work and fitted and keyed the wheel centres to the axles. 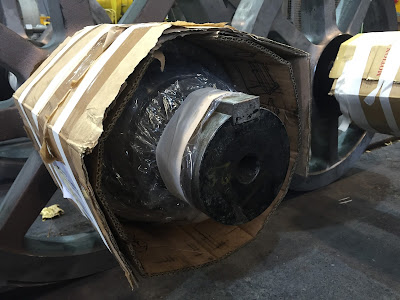 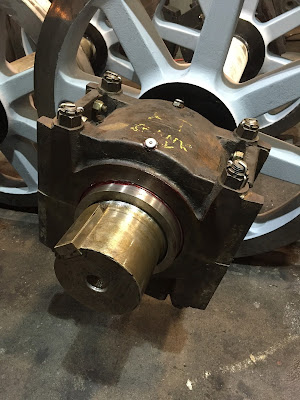 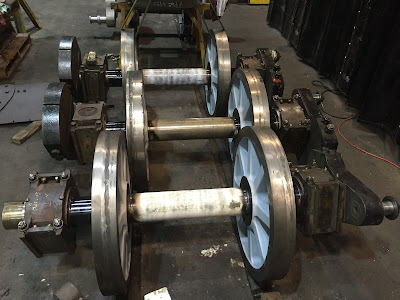 Following the delivery of the wheelsets, the axleboxes and cranks were refitted (above), and the external diameter of the wheels turned in the wheel lathe ready for fitting the new tyres.

Below, with the wheelset standing vertically, the tyres are heated using an induction heater (seen behind and to the left) until they have expanded sufficiently to allow them to drop over the wheel centre. They are lowered in to place and, after a tap with a suitably large hammer, they are left to cool and shrink, forming a tight fit on the wheel. 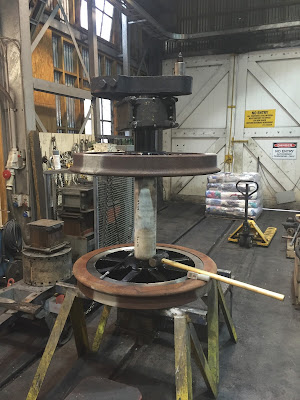 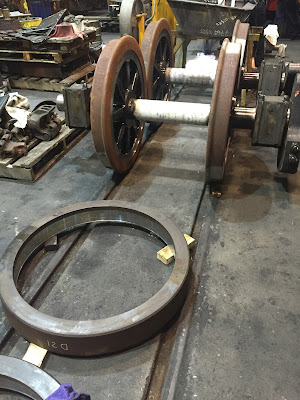 Above, the outer wheelsets have tyres fitted, and in the foreground are the flangeless centre driving wheel tyres waiting to be fitted. Once fitted, the wheelsets are mounted in the wheel lathe and the outer profile of the tyres is turned to the final size.

Below, the replacement crank is being machined to size in preparation for cutting the key way and fitting to the axle. 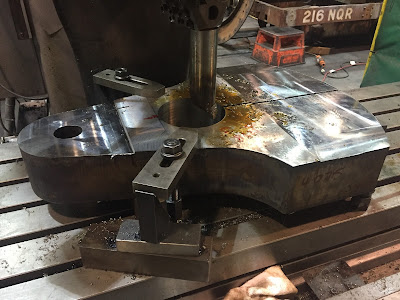 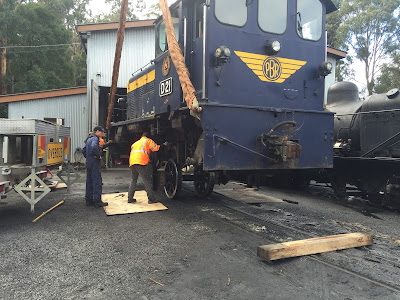 With wheelsets complete, and a suitably dry and windless day chosen, the guys from Membreys turned up and D21 was soon suspended in the air.

One at a time, each wheelset was rolled under the raised locomotive which was lowered under strict control of the Membreys crew. The position of each wheelset was adjusted to ensure that the axleboxes were aligned with the horn cheeks during the lowering process. 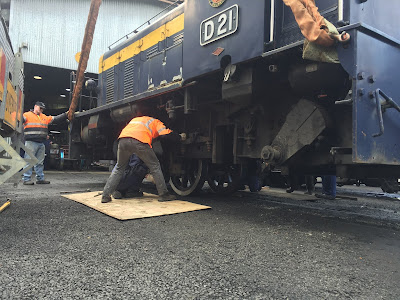 D21 sits on its shiny new wheels after a protracted period out of action. Completion of the overhaul, and reassembly of the side rods and bearings will now follow. 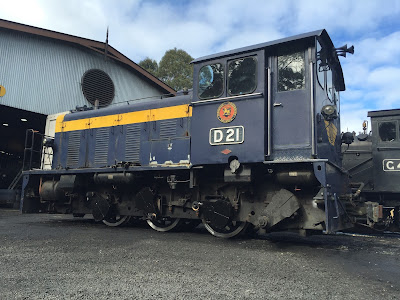