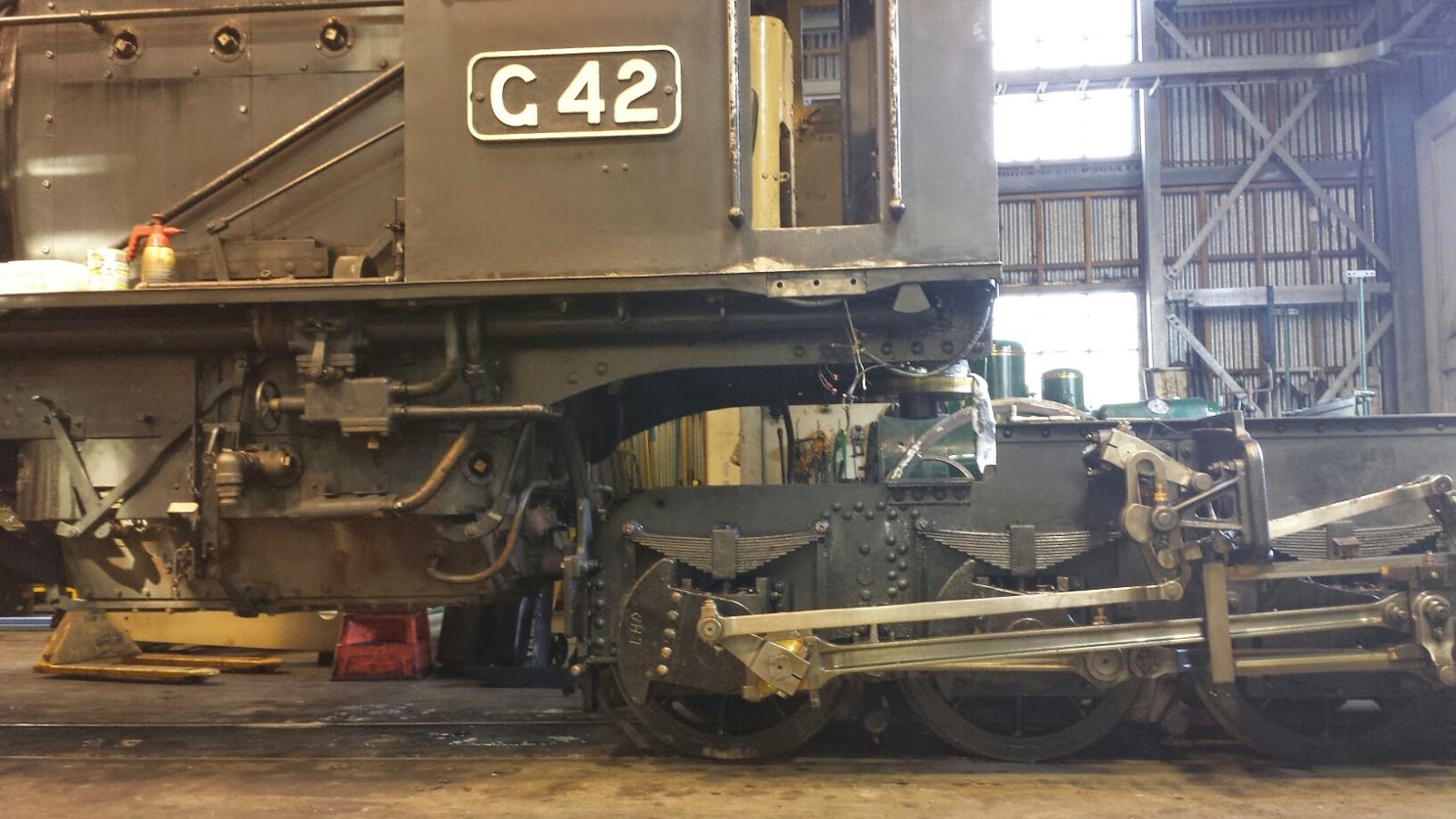 Commonly unseen, the inner workings of our G class Garratt have recently been on display during the engines  ‘D’ exam. This is the most thorough of the 4 locomotive examinations, which range from ‘A’ to ‘D’, and for G42 occurs every 18,000 miles. Above, the boiler cradle is lifted from the engine units, and below, is carefully lowered onto the purpose built supports which will hold it while work is carried out. 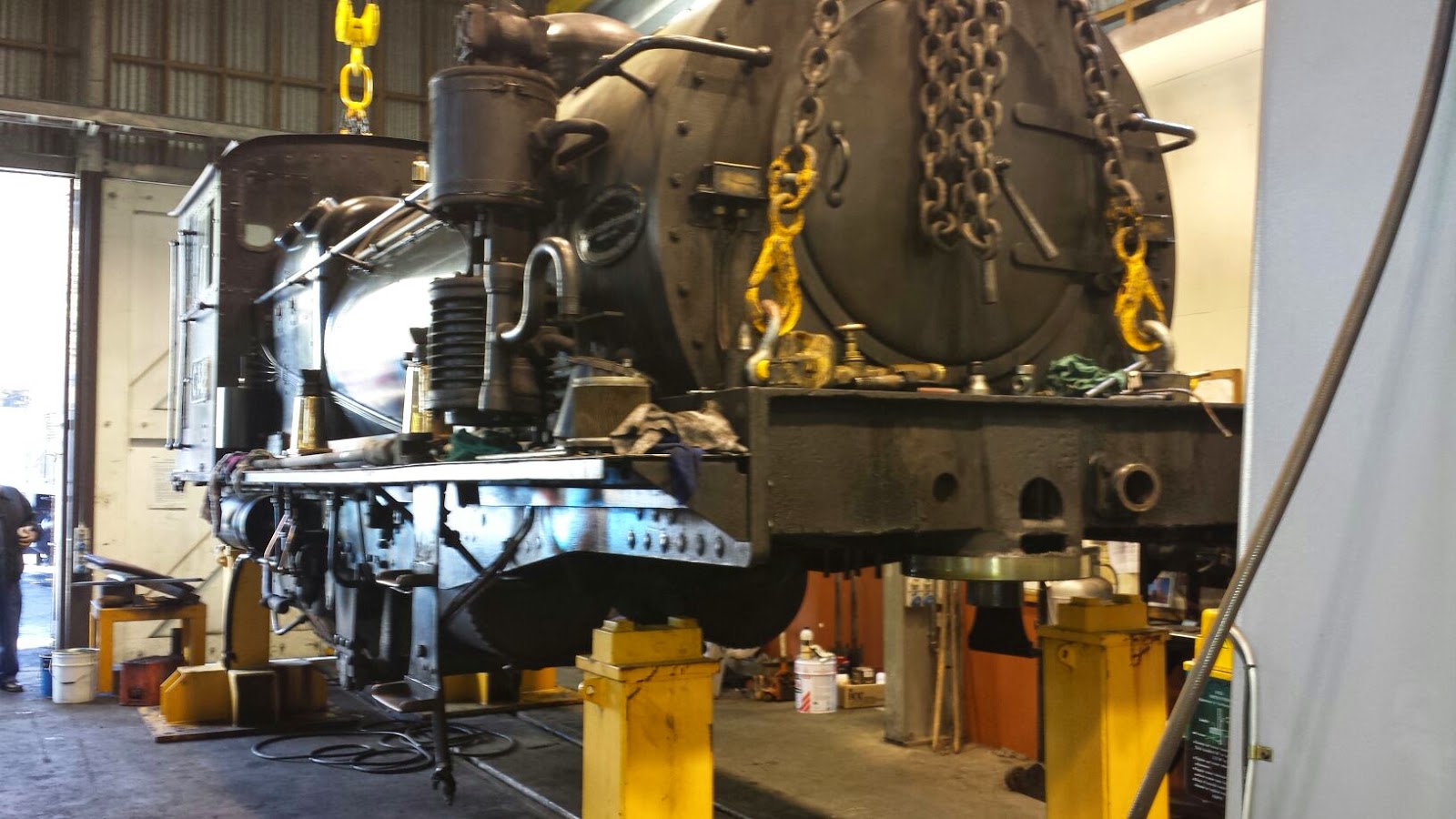 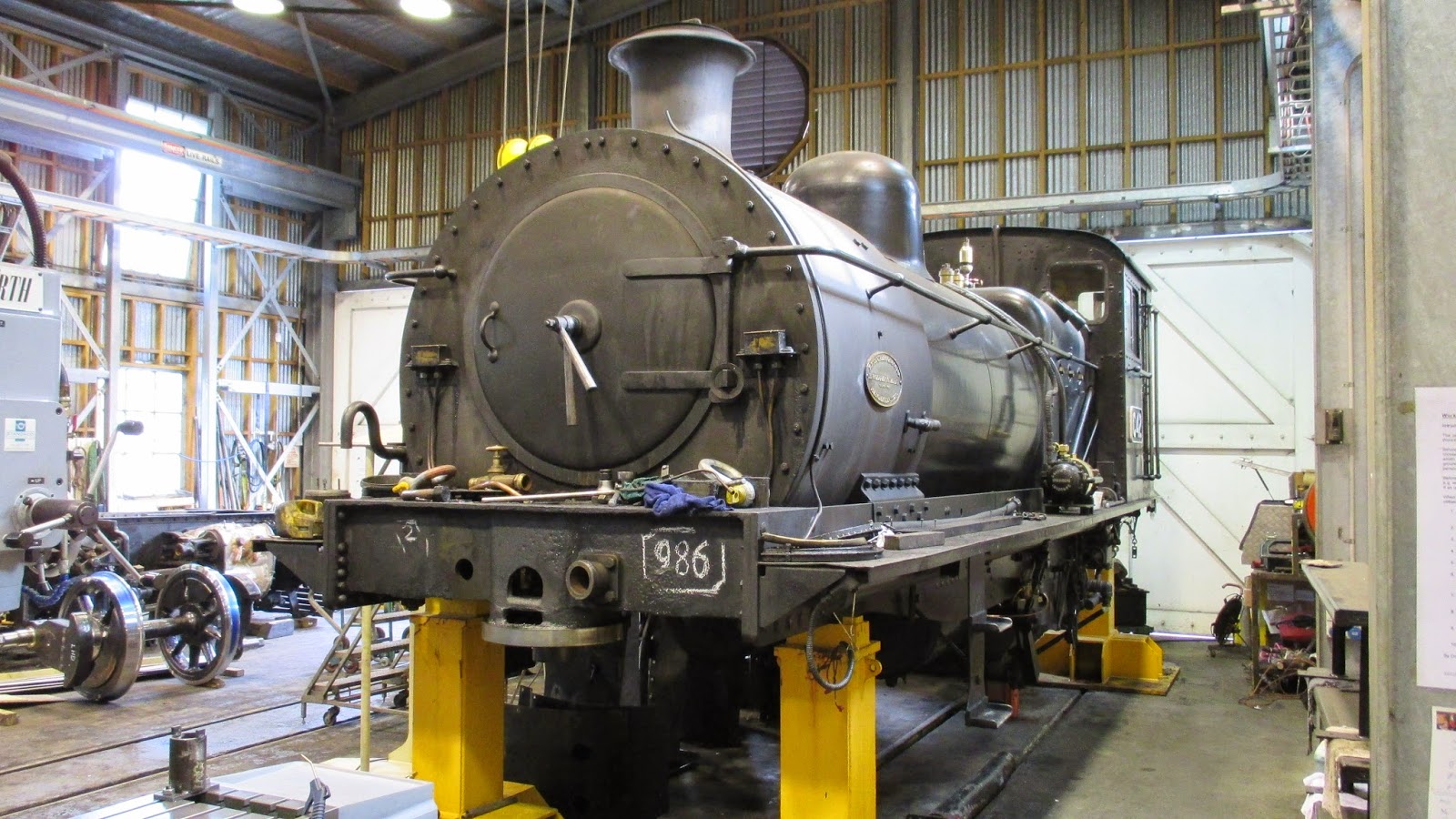 Above and below are the front and rear of the boiler cradle unit, where the connections for the water pipes can be clearly seen adjacent to the cut out for the reversing shaft reach rod. The lower picture also shows the steam and exhaust pipes hanging below the ashpan, disconnected from the flexible joints. 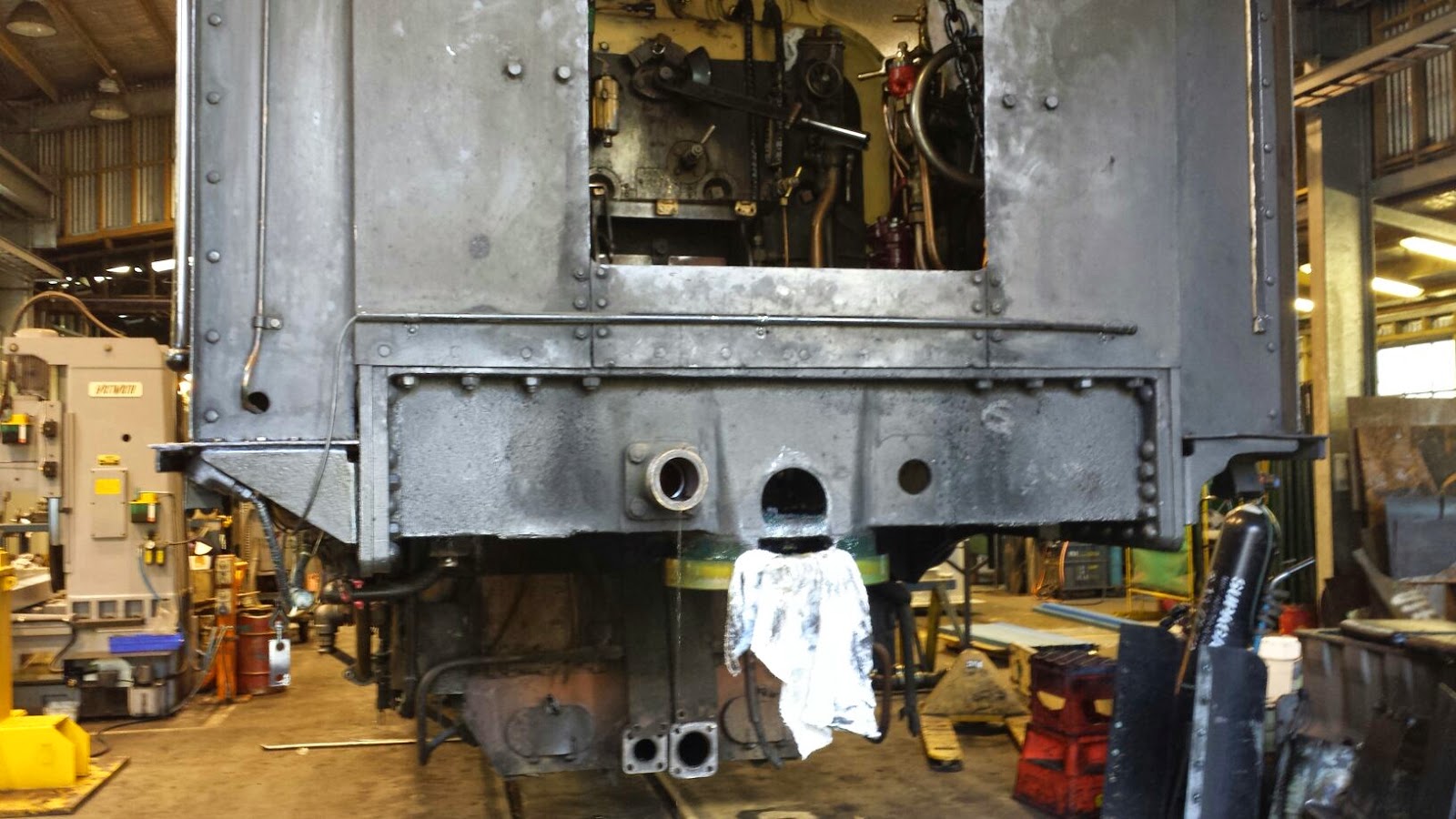 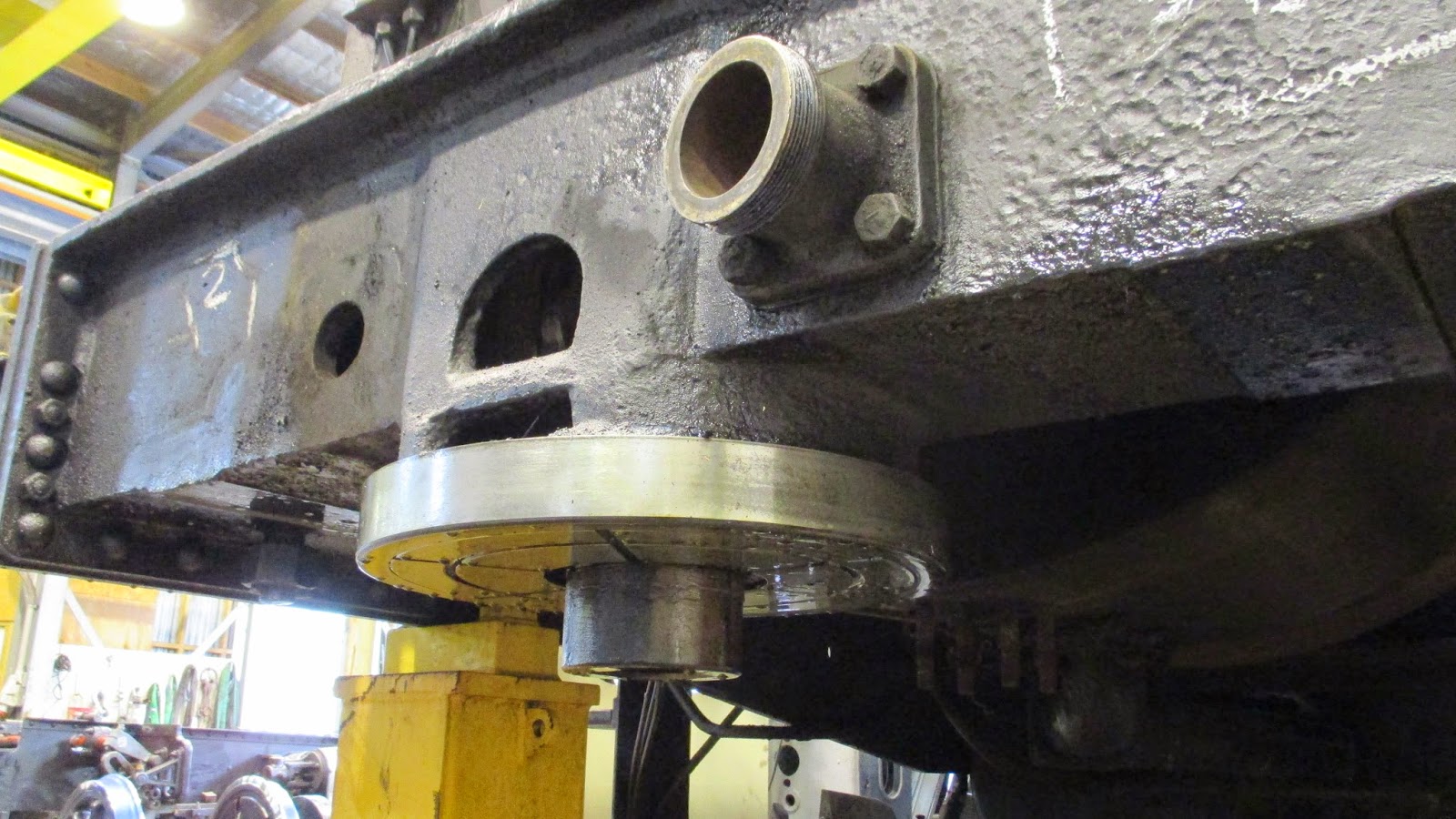 The 2 halves of the Garratt flexible pivot. Above, the male part, which forms part of the stretcher casting on the boiler cradle frame, and fits inside the female part (below) which sits on top of the engine unit frame stretcher.
The later Garratt designs had a self-adjusting lower pivot housing, which utilised a sprung piece to take up any slack as the 2 halves of the joint wear. G42 isn’t fitted with this technology, so the wear must be measured during the exam, and wear liners replaced if outside condemning limits. 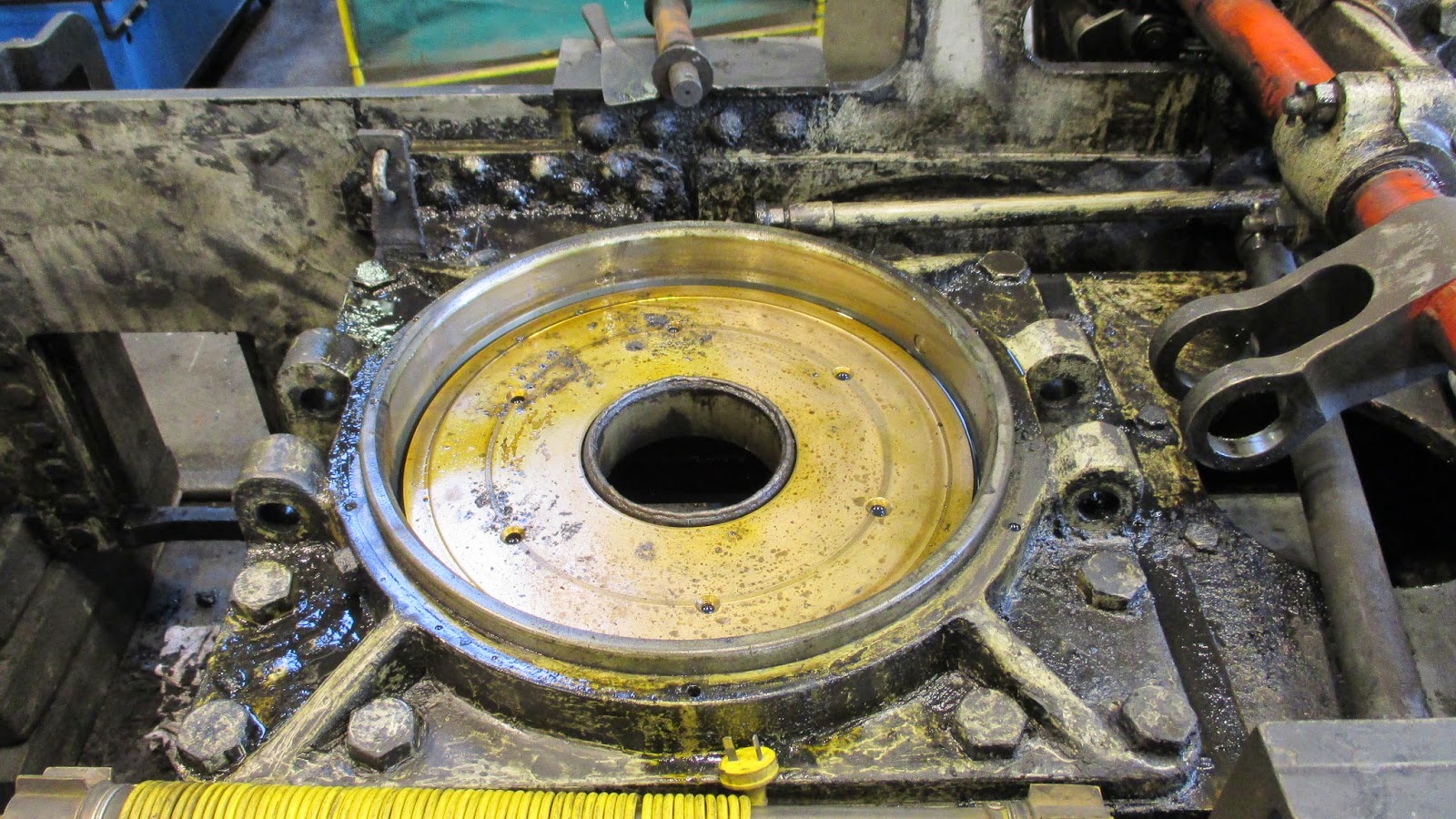 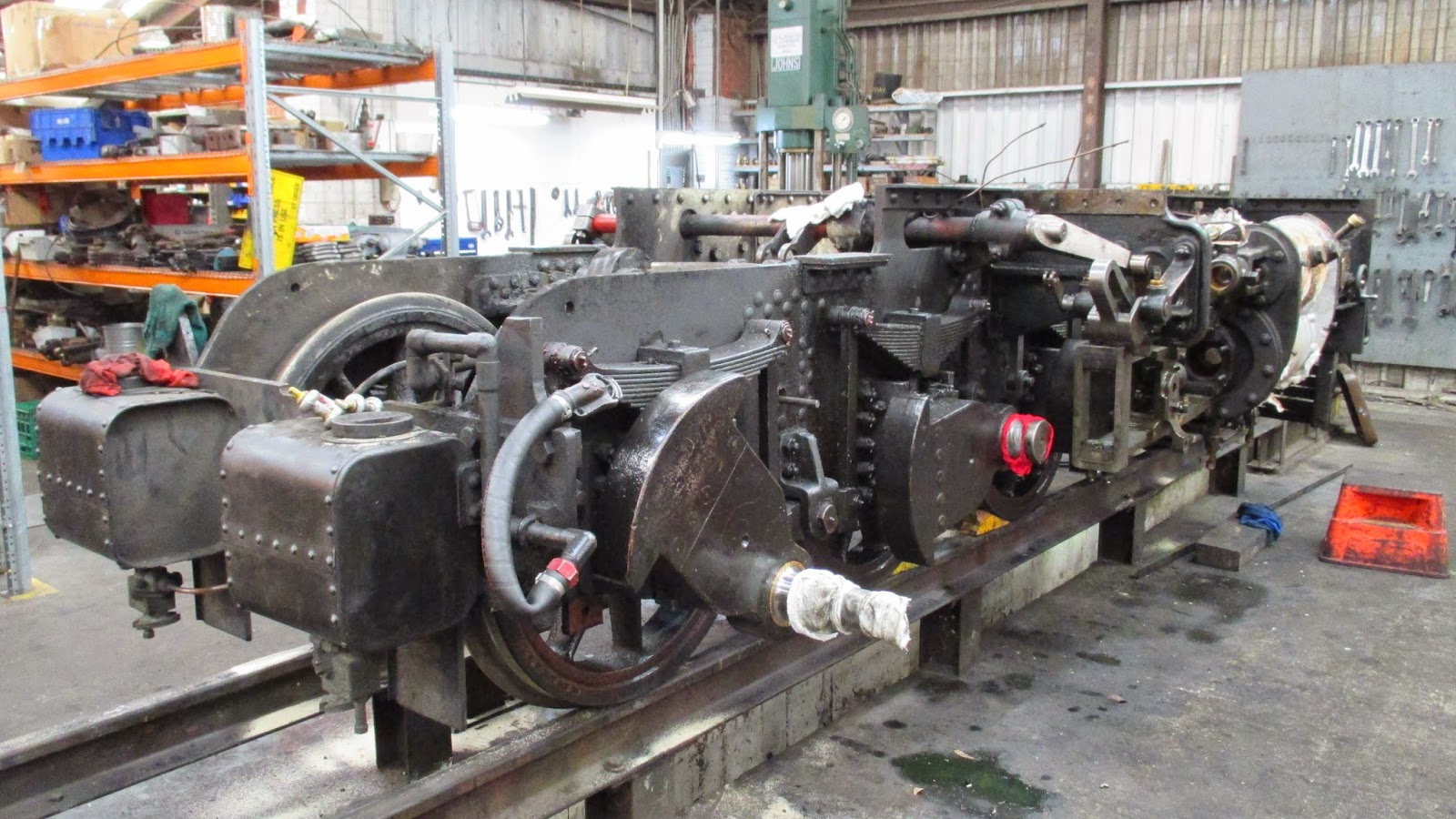 Above, the front engine unit has had all the motion removed for crack testing and wear measurement of the bearings. The 2 boxes attached to the frame at the rear are the sand boxes; G42 has air sanders fitted to the front and rear of both engine units, to reduce wheel slip.
It is worth noting that one of the downsides of the Victorian Railways choosing the cheaper 2-6-0+0-6-2 option, rather than the 2-6-2+2-6-2 wheel arrangement, is that there are no bogies on the inner end of the engine units to steer the inner driving wheels into curves; increased wear of the inner driving wheel tyres in relation to the middle and outer sets is apparent.
Below, a driving wheel set is having tyres re-profiled on the wheel lathe. Tyres which are still within condemning limits are suitable for reuse until the next exam. 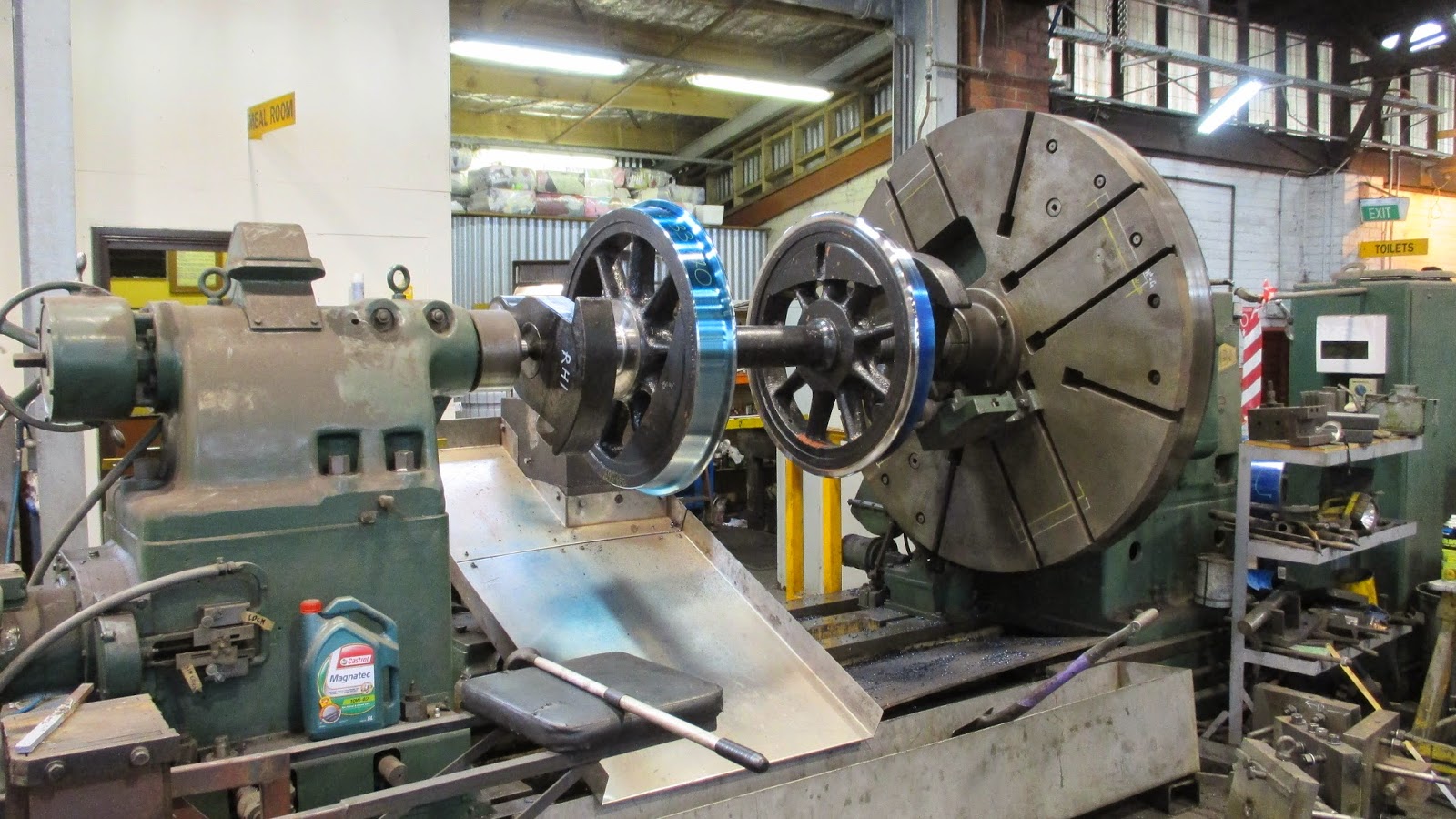