3A On The Wheel Drop 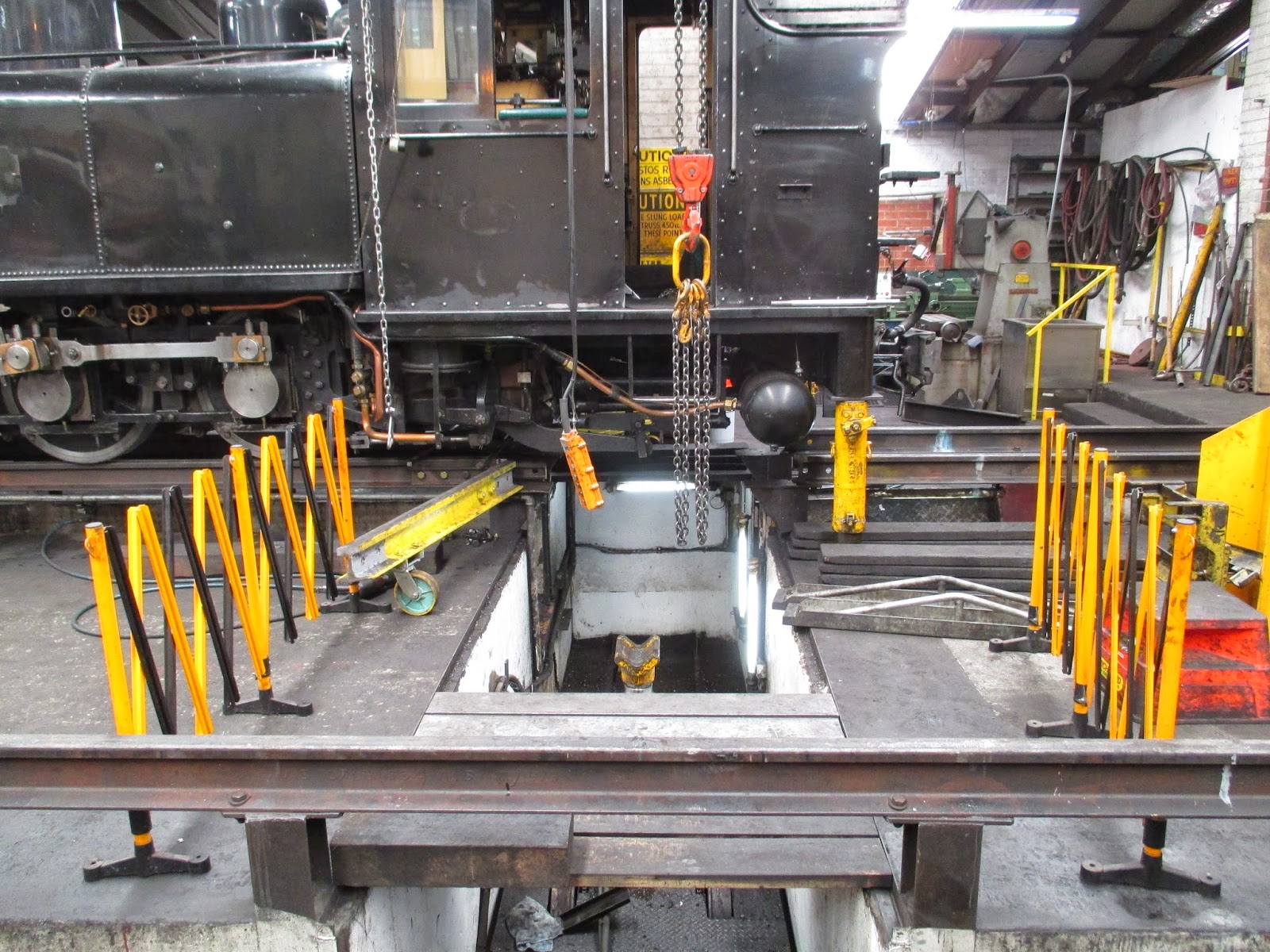 December 2014 saw the 60th anniversary of the Young Sun Specials, and to mark the occasion a series of special events were planned, including 14A masquerading as 3A, the engine which hauled these trains back in 1954. Name and works plates were removed, headlights taken off, and the engine “dirtied up” to more closely resemble the unkempt VR narrow gauge of the fifties.

Here the loco is shown over the wheel drop pit, following the discovery that one of the trailing pony truck axle boxes was found to have ‘run hot’ (the bearing and axle overheating); interference, wear, foreign bodies or a lubrication failure being the most common causes.

The Wheel drop pit has been specially designed and built to allow wheelsets to be quickly and easily removed from under the locomotive without the need for laborious jacking and packing operations. 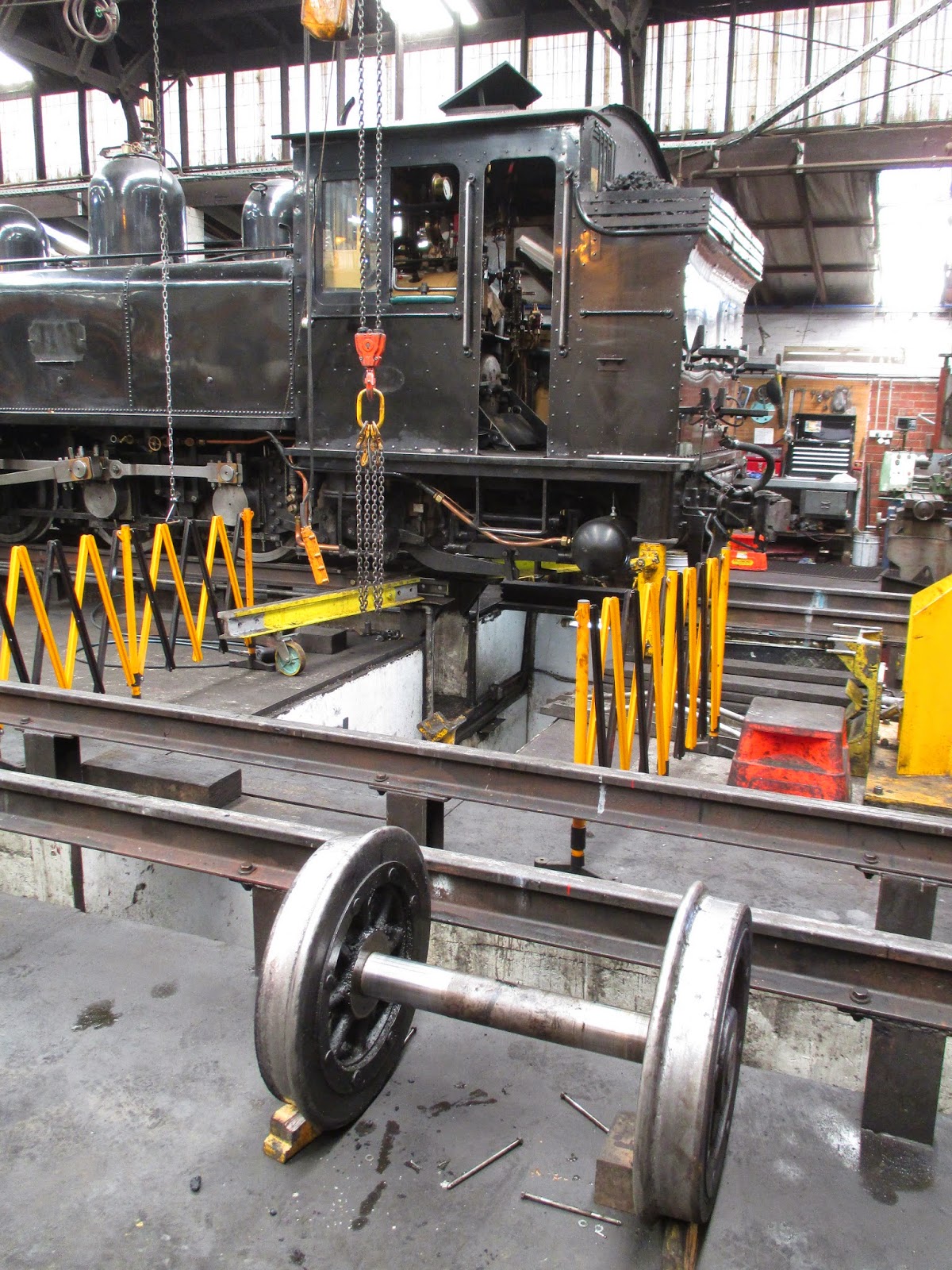 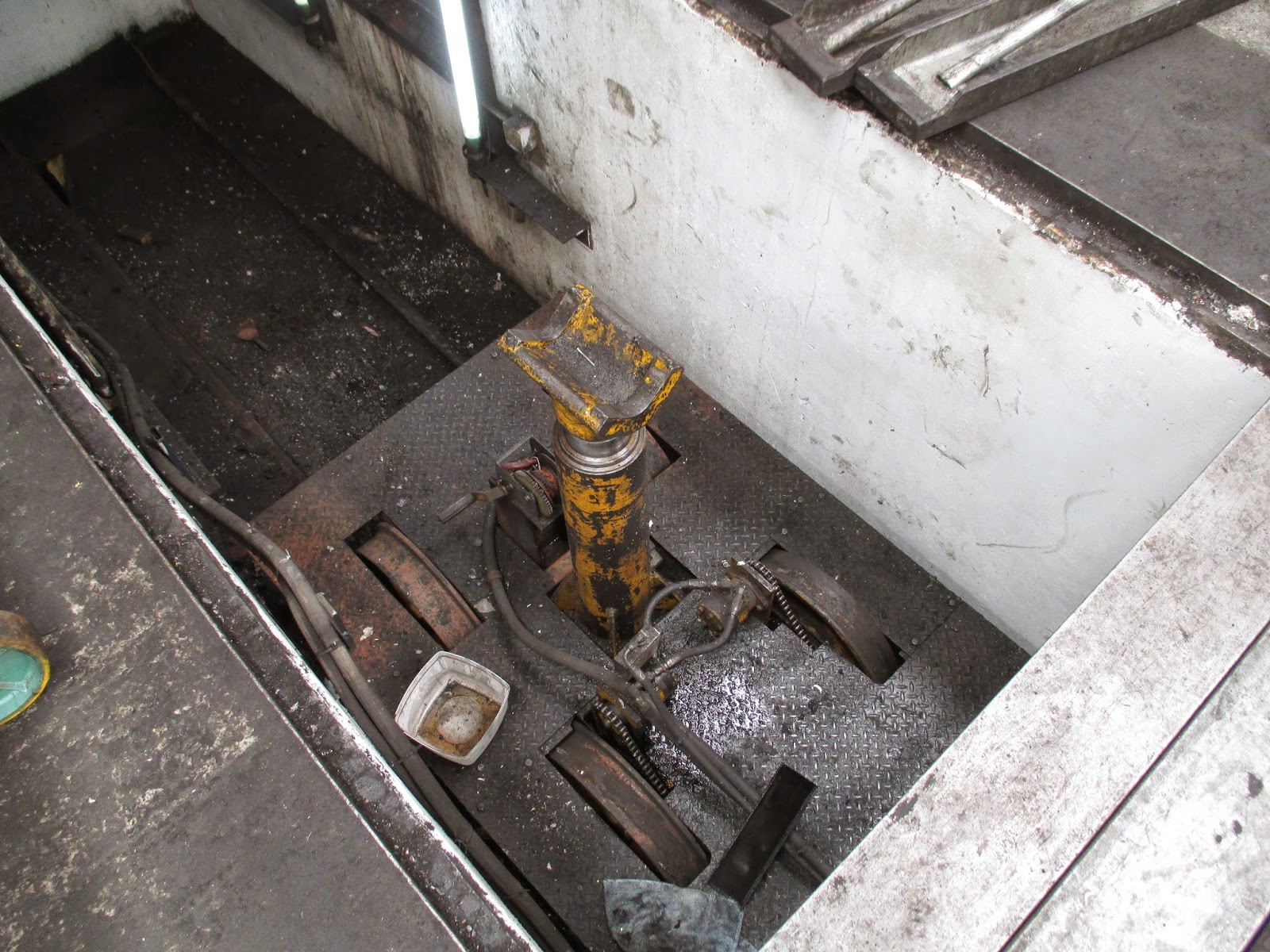 The photo above shows the axle lift trolley. With the locomotive positioned with the wheelset in question over the drop pit, the process would be as follows: 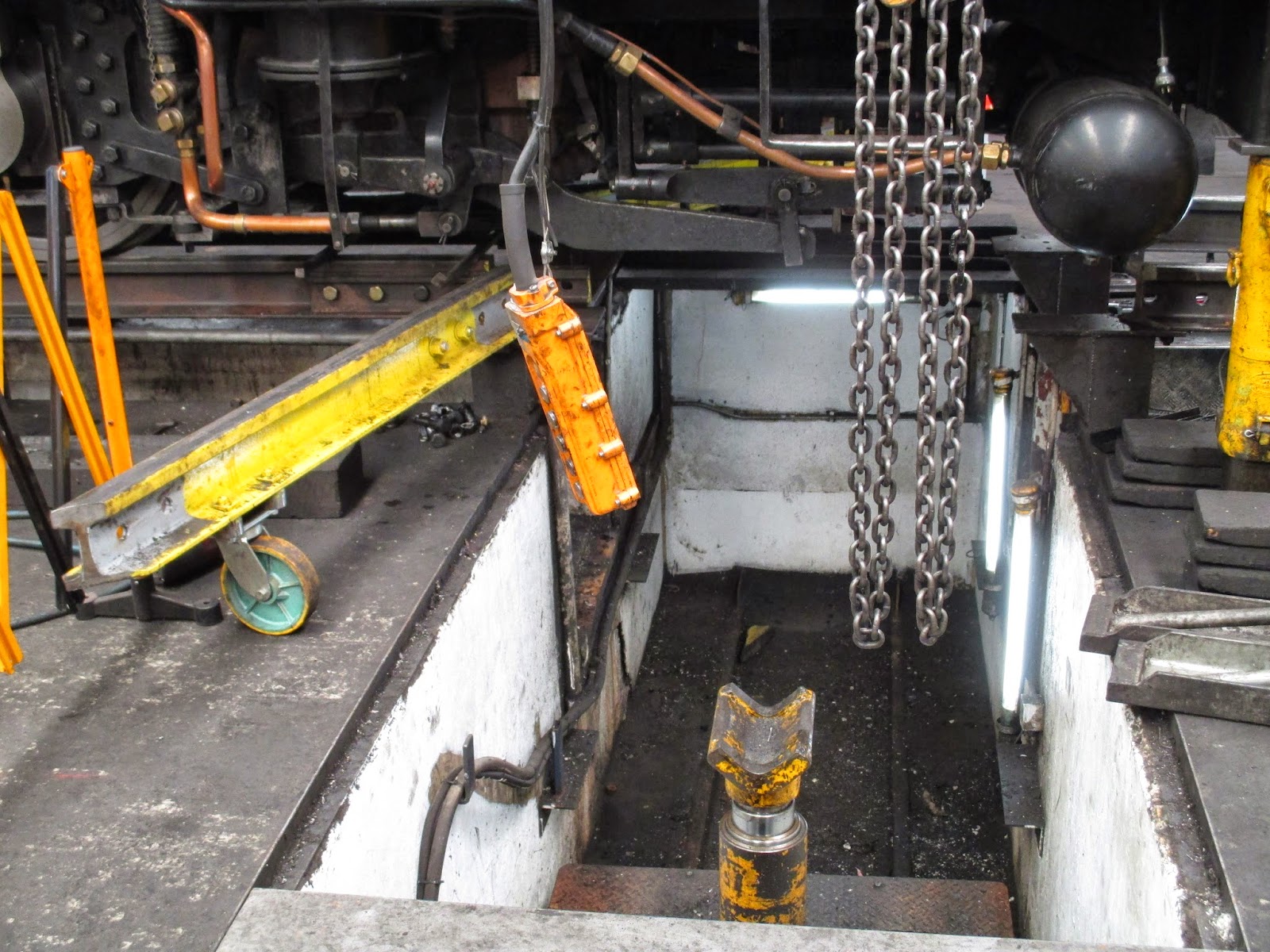