14A Edges Closer To Completion

Home > 14A Edges Closer To Completion 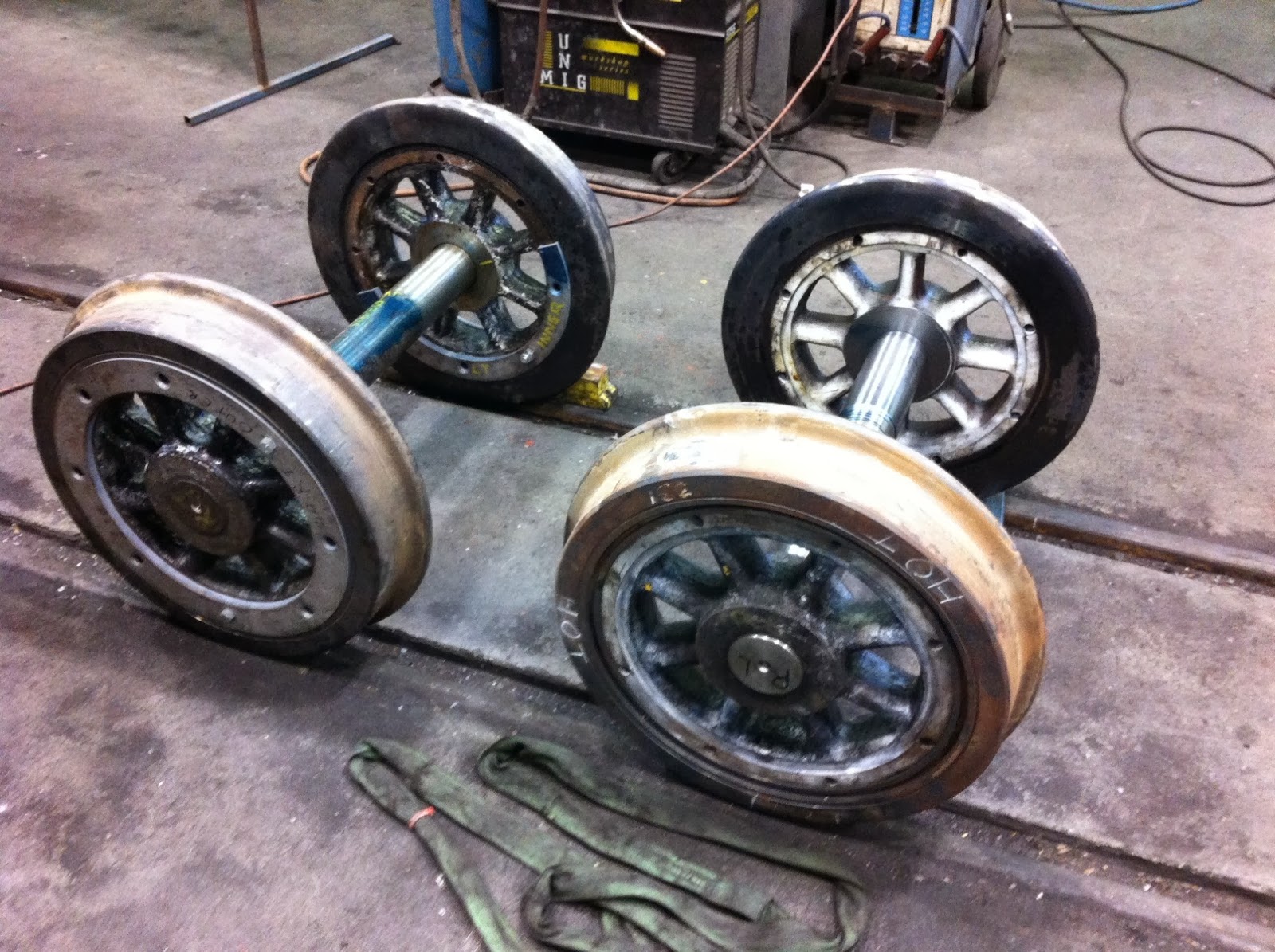 14A, the youngest of Puffing Billy’s fleet of Na class locomotives, nears the end of an overhaul, ready to celebrate it’s 100th birthday later this year. Work includes the fitting of a full set of new tyres to all the wheels; pony truck wheels are shown above with tyres machined and fitted. The locking strips are being fitted, which secure the tyres to the wheel centre once they have been pressed on. 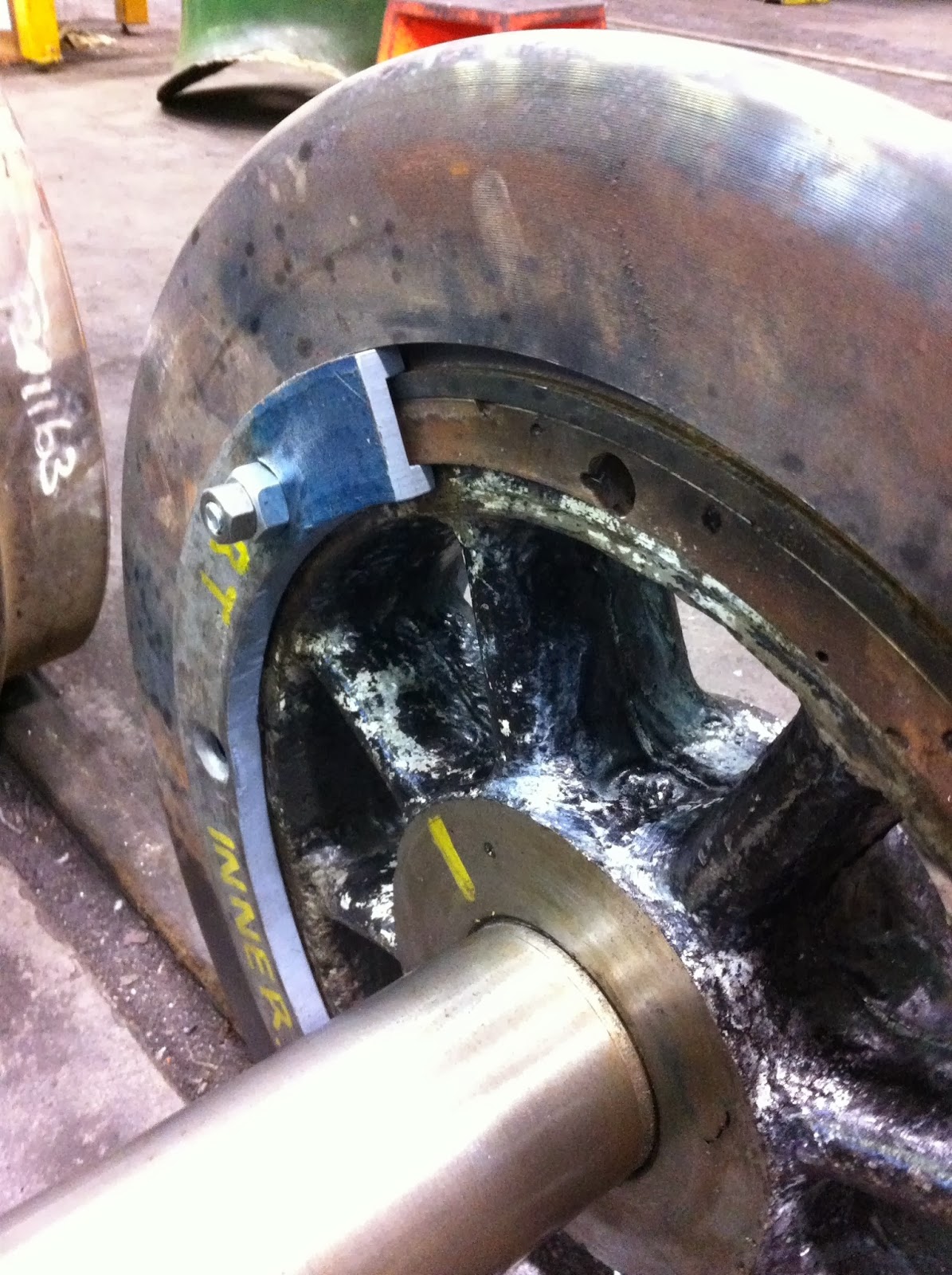 Axleboxes have also recieved attention, with new Whitemetal bearing faces cast in place and machined. The picture below shows the new Vesconite bearings screwed to the axle box faces. These bearings take the side force from the wheels as they move to follow the curves in the track. 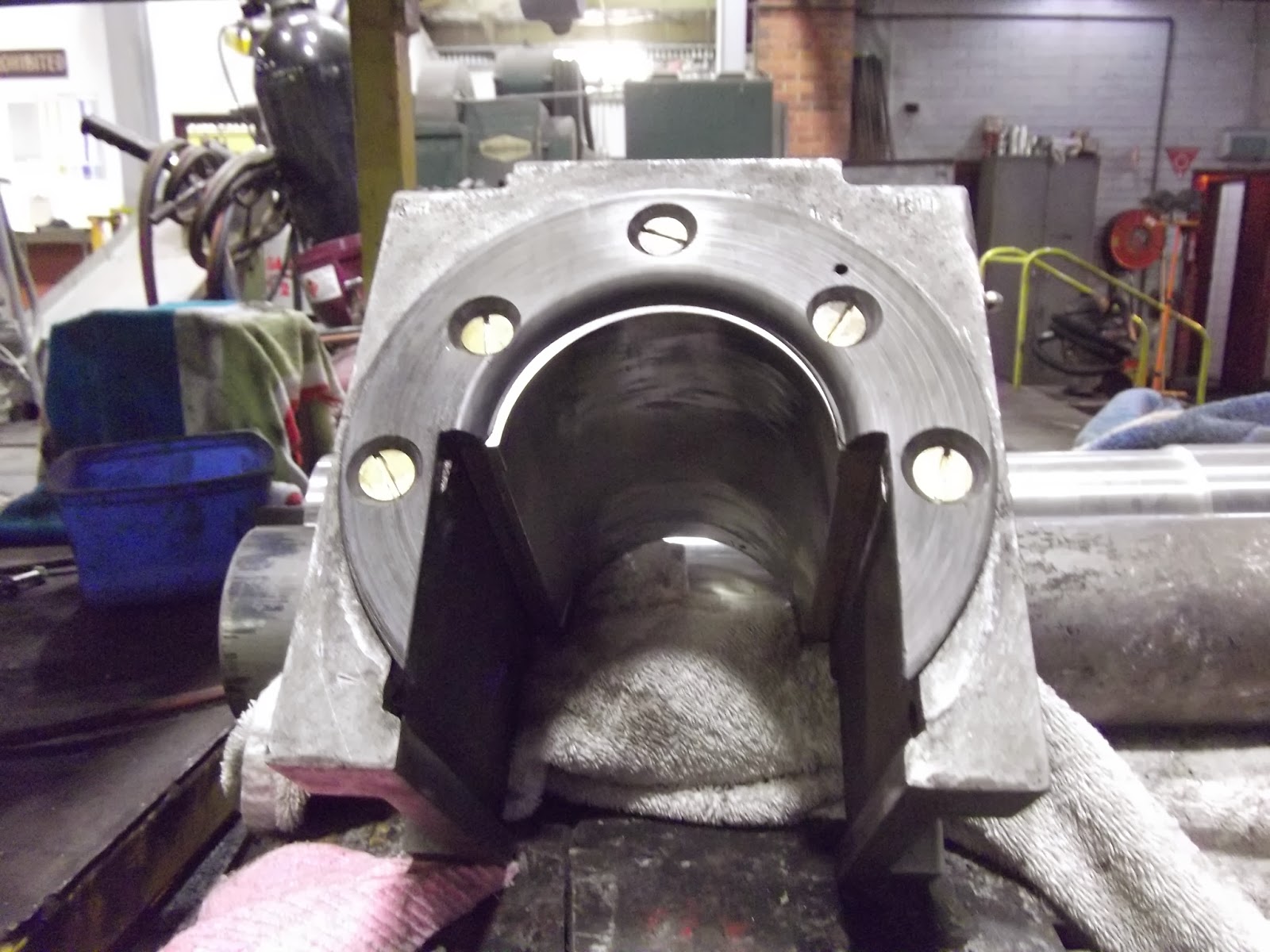 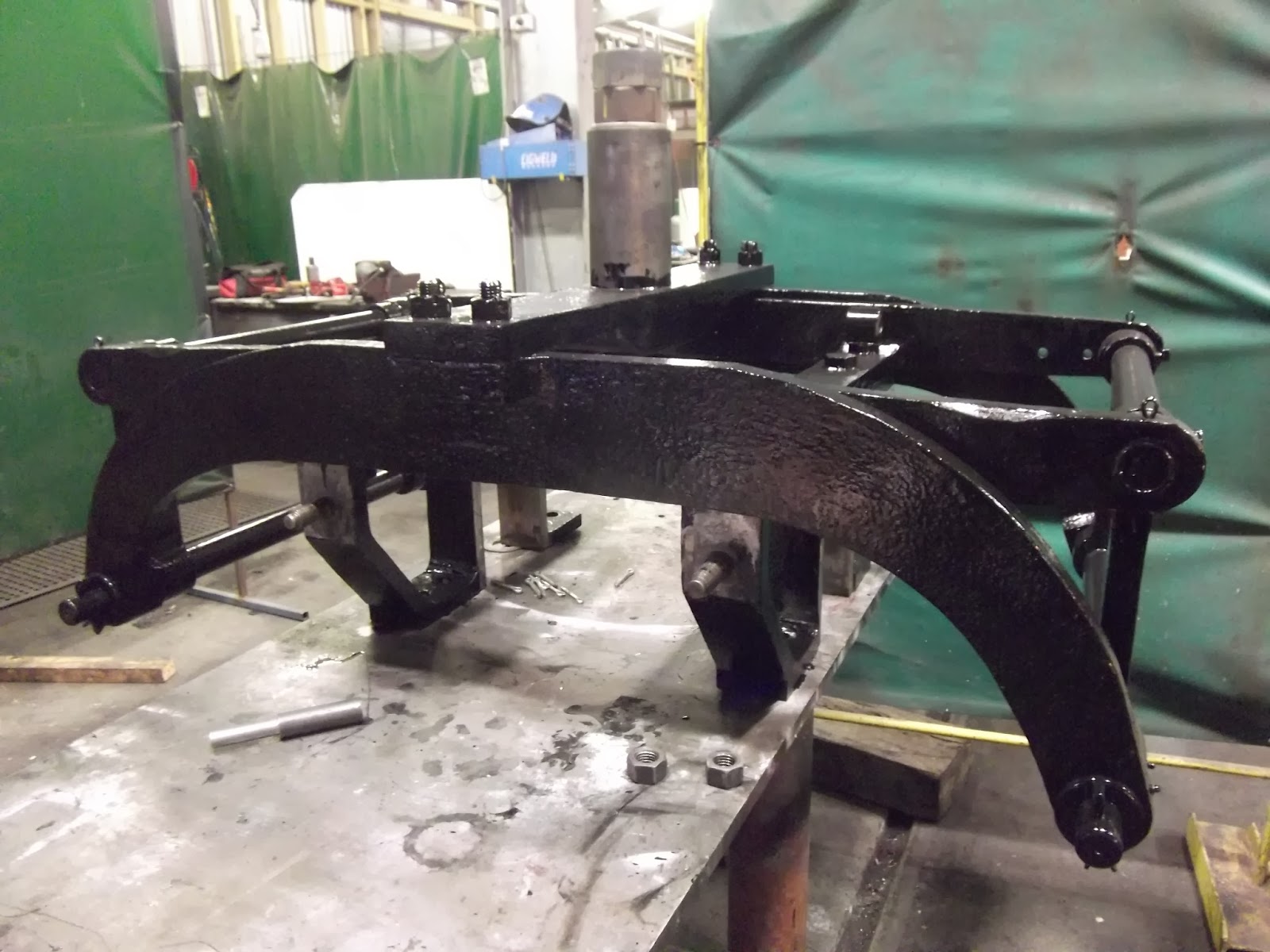 The front and rear Pony Trucks have recieved attention, with the checking of pins & bushes, and replacement of any that are worn. The front Pony Truck (above) connects to a single compensating beam linked to the front driving wheel springs, attaching to the bottom of the centre pin. The rear Pony Truck (below) has a pair of compensating beams connecting it to the springs on the rear driving wheels, which attach to the centre of the Pony Truck side beams; you can see the slotted holes in the centre of the lower (flat) beam. 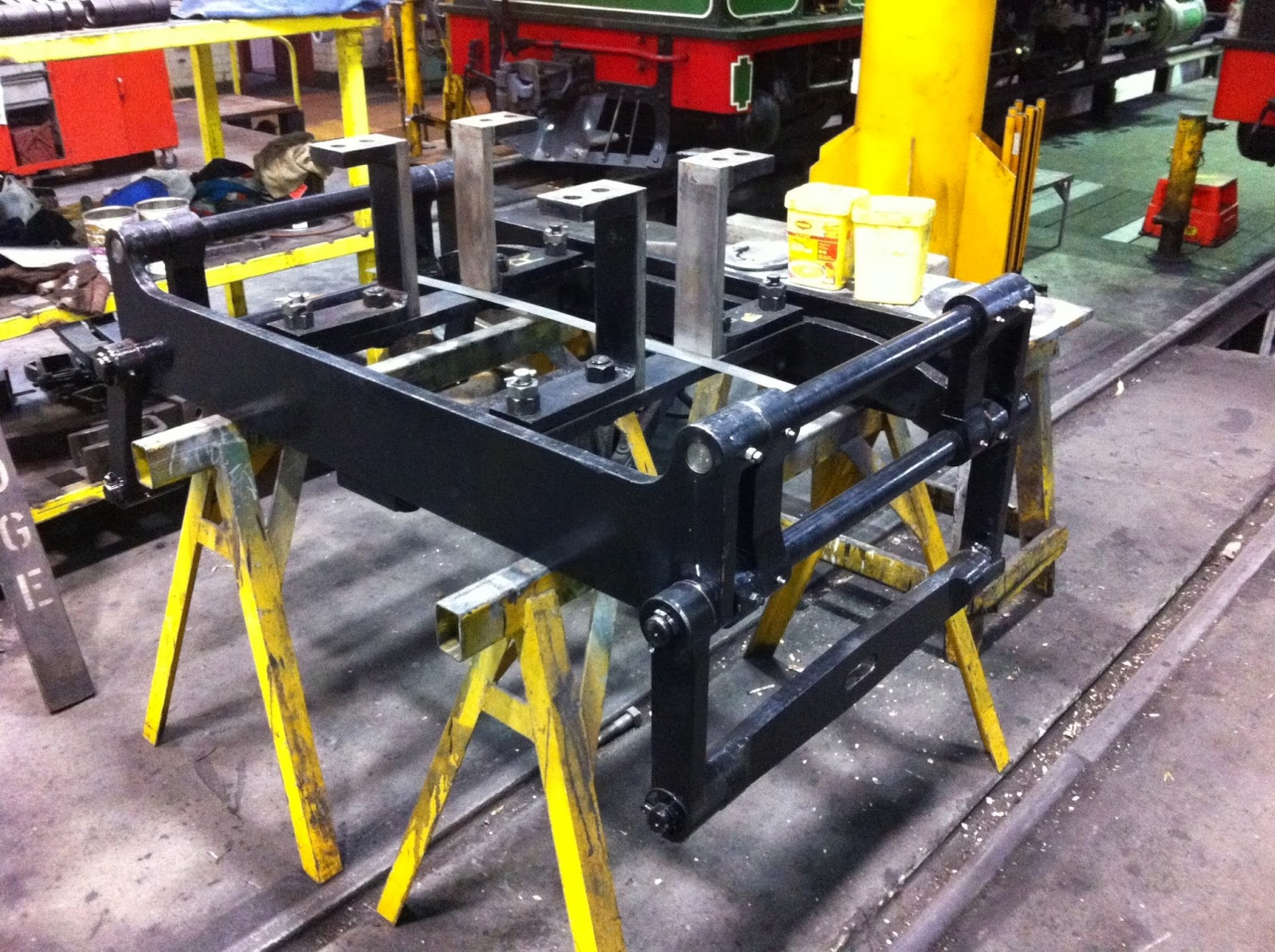 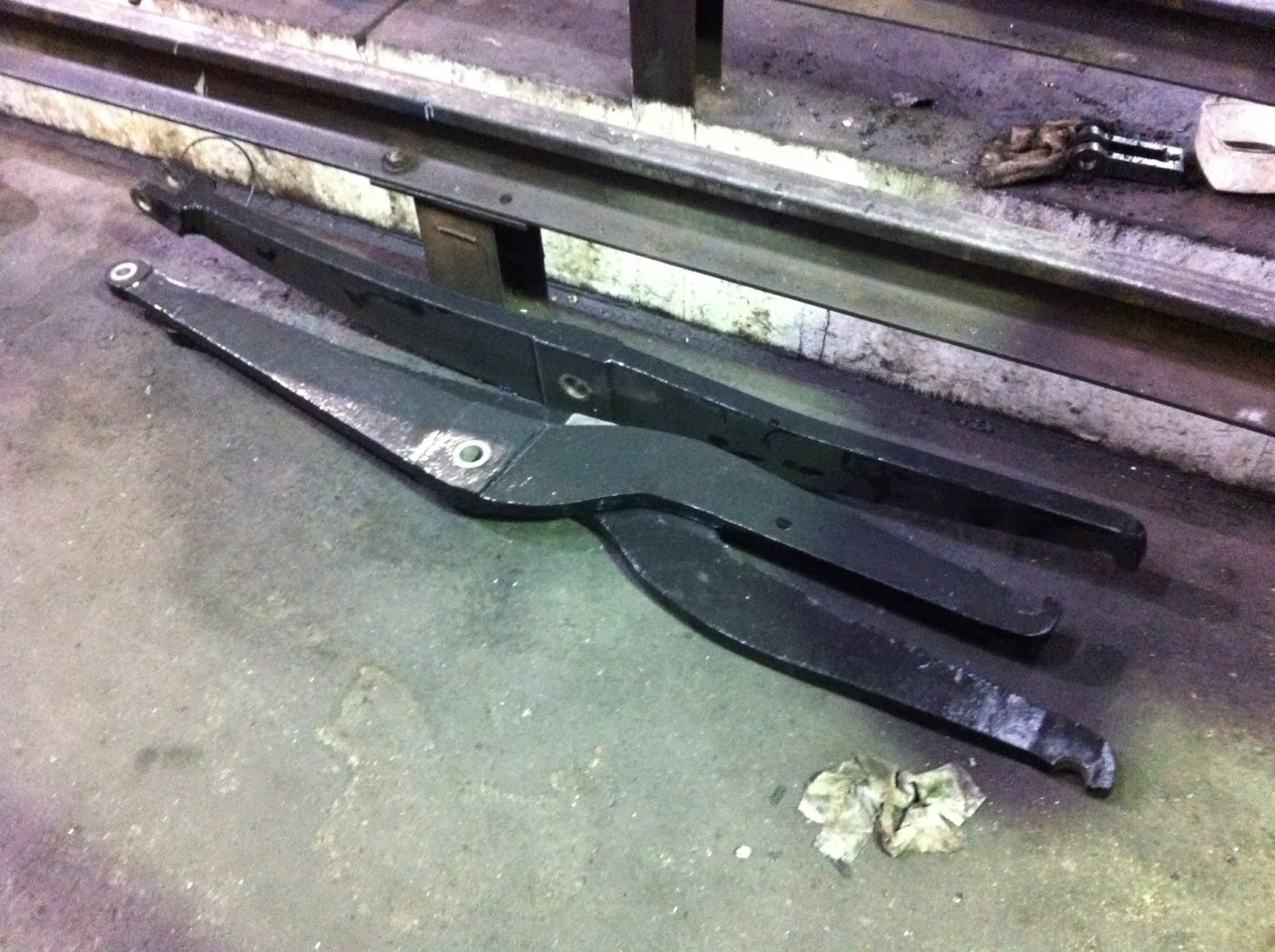 The picture above shows the 2 types of compensating beam, rear cranked type lying on the ground, and the single front beam standing up.
Leaf springs are used for both Pony Truck and driving wheels on the Na class, as is typical on most steam locomotives; 2 of 14A’s can be seen below. 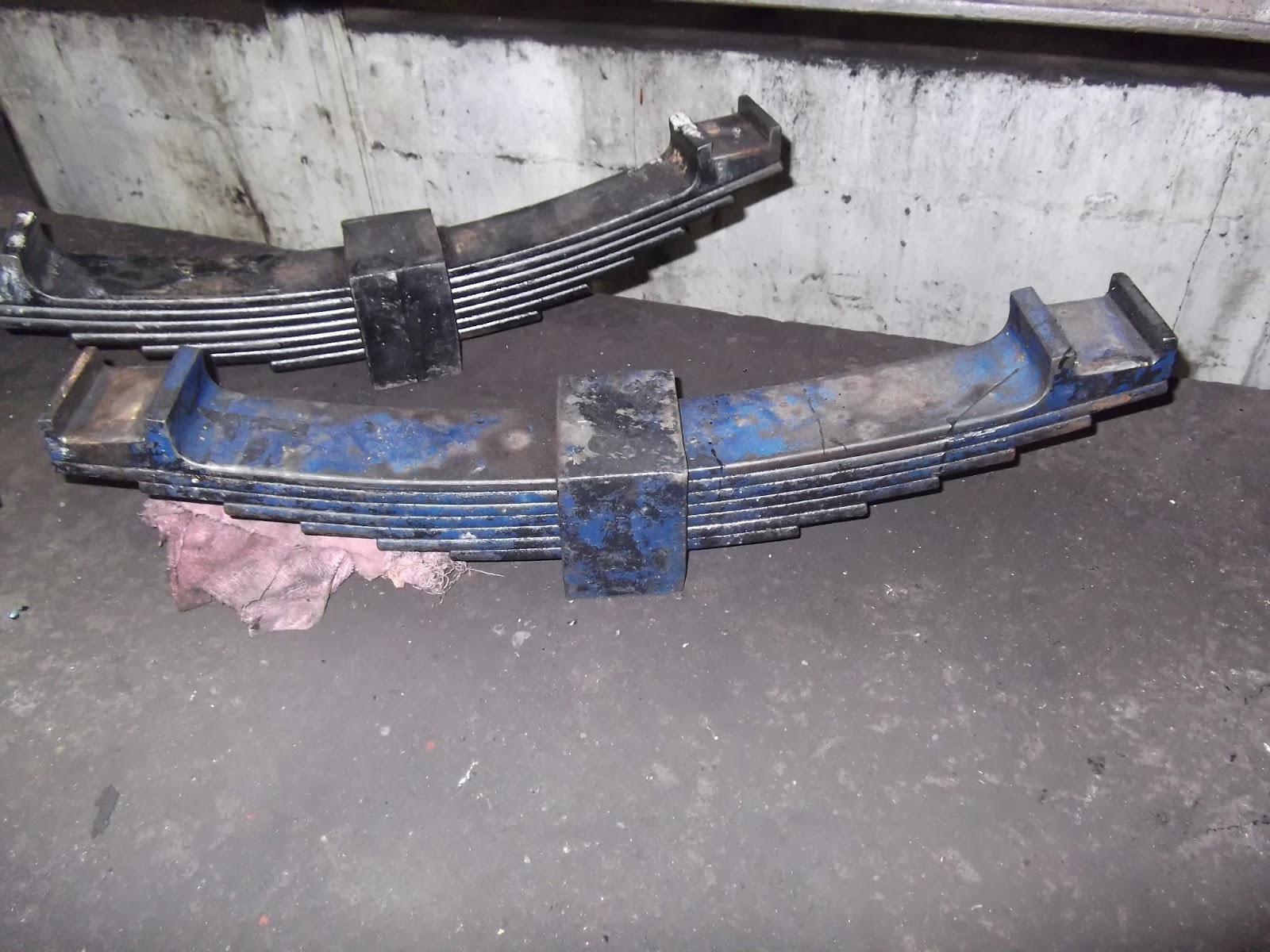 Once the locomotive is reassembled, and before it can be tested, the valve timing has to be set. This is to ensure that the valves, which control the flow of steam to either side of the piston, have the correct amount of travel in both forward and reverse. 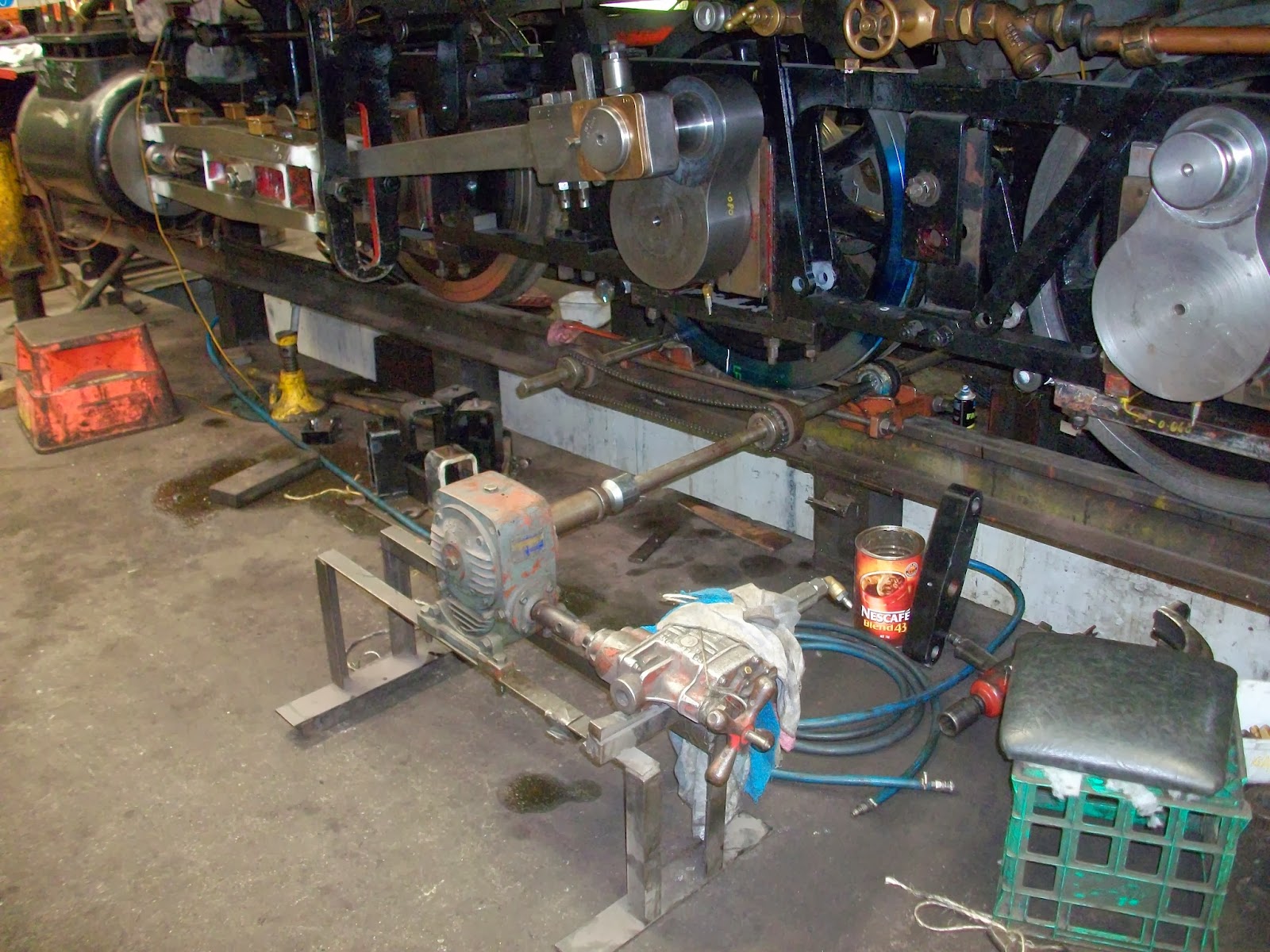 Puffing Billy Railway has a special set of powered rollers which are used to achieve the correct valve setting. The driven axle (with coupling rods to the other axles removed) is raised slightly, and the wheels set on the rollers. The drive and gearbox on the end of the roller shaft allows the wheels to be rotated to different positions, while the valve travel in the steam chest is measured and adjusted.

Ideally, when setting is complete, there should be the minimum of valve movement when the wheels are rotated with the locomotive in mid-gear, and even valve travel in each valve chest when the locomotive is in forward or reverse gears.

This, however, is easier said that done with engines of this age! 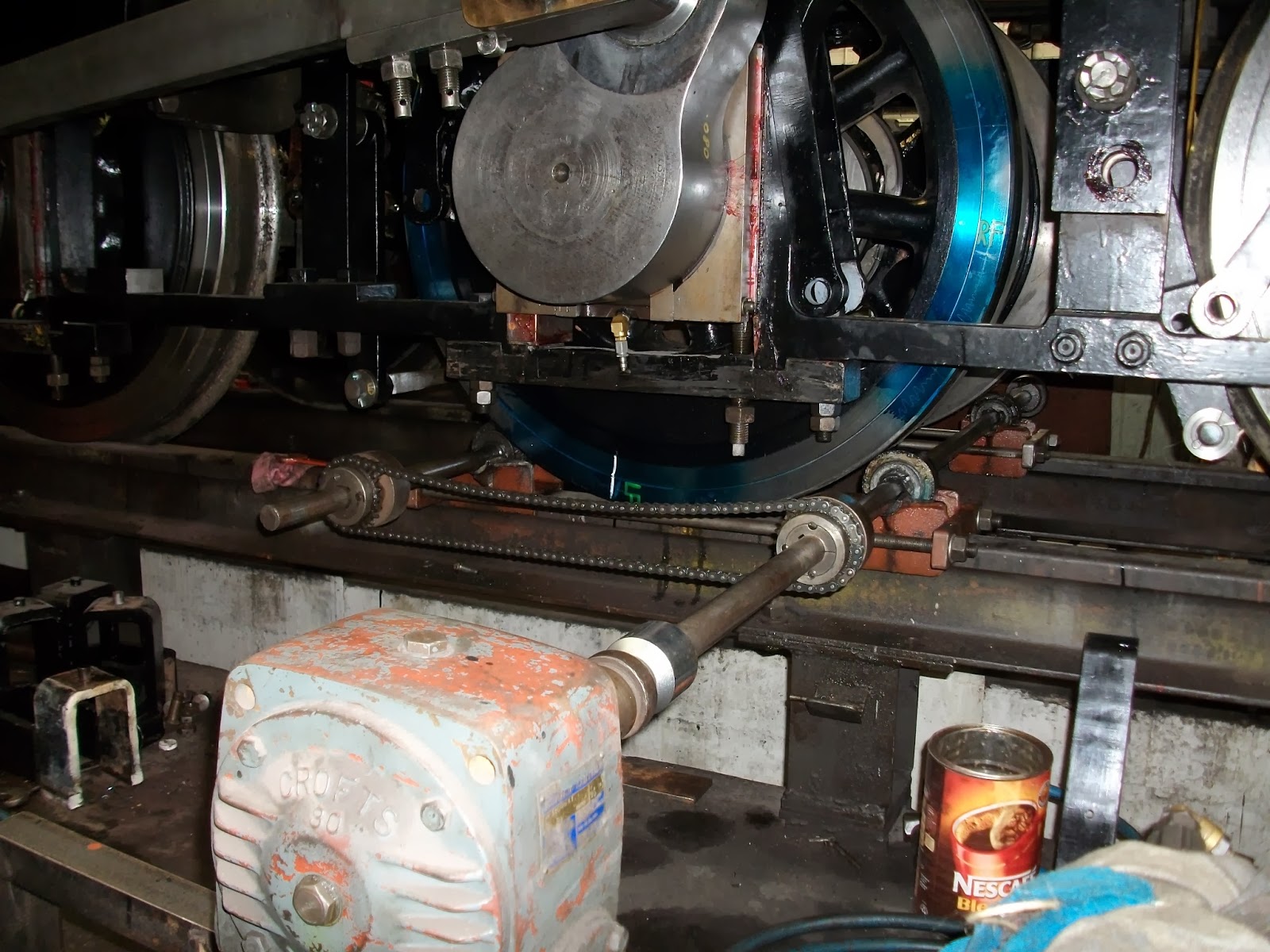